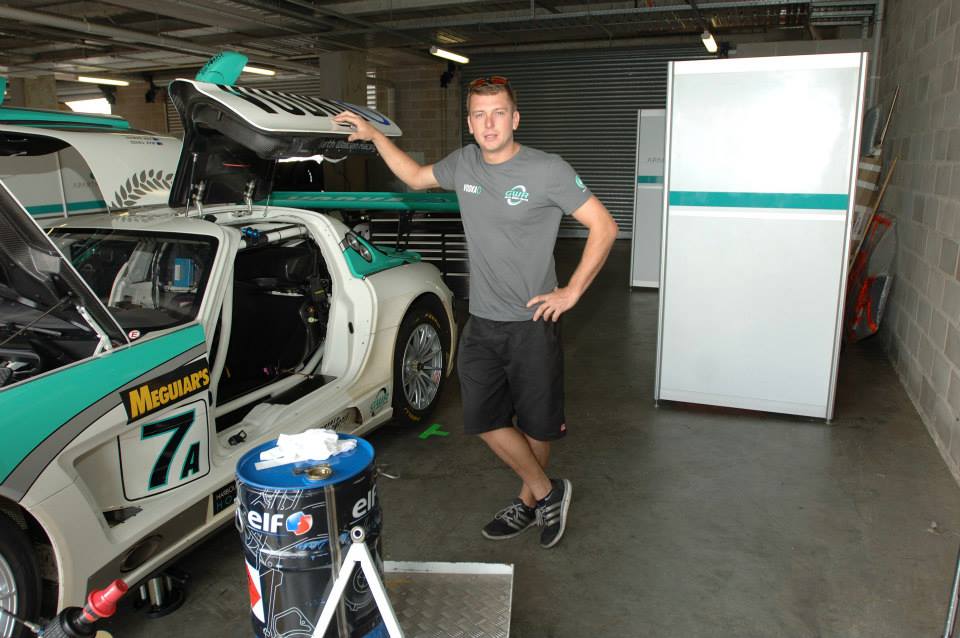 When one thinks of the largest motorsport operations in Australia, minds immediately turn to the likes of Brad Jones Racing, Triple Eight, or perhaps Tickford.

Based out of Sydney and headed by the second-generation racer, GWR fields cars in almost every national level category.

It’s a business that has grown from Walden’s love of racing and his desire to remain involved in the sport, and built on the foundations laid down by his apprenticeship some two decades ago.

His father did work as a panel beater and spray painter on the New South Wales mid-north coast, alongside a transport company.

“Every afternoon after school, I’d be down in the workshop pumping gas or working on weekends,” Walden explained.

“I always had to help Dad work on his trucks.

“Probably from the age of 12 I was doing that and driving semis around the yard and whatnot.

“Then I had my first Mini I think actually when I was 12 as well.

“I used to have to keep that going myself, that was the rules.”

It was the same if Walden wanted to go karting, which he did from the ages of seven to 12, after which he spent three years racing motorbikes on flat tracks.

He was successful too, before a spell falling off convinced him to return to four wheels at the age of 15.

By that time the family had moved, making Walden’s first circuit racing experience doing hillclimbs and supersprints at Mount Panorama.

It was around that time that he became an apprentice mechanic.

He’d already been preparing his own race engines and had been around influential people courtesy of his father, whose race cars he helped prepare too.

It was while as a third-year apprentice that the motorsport door opened fully for Walden when he got the chance to work with a 2.0-Litre Super Touring squad.

“It was looking after the Hyundai Lantra for Paul Leabeater, they called themselves Redline Racing, I think then it was, I think back then.

“It was just basically me – they gave me the car and then I was everything.

“We had a team manager, the guy who owned the factory that we were working out of in Blacktown, but I had my own little corner out the back, and I was in charge of doing all the prep work on the car, and all the engine and gearbox removals and gear ratio changes, and car setups, and everything.

“It was sink or swim stuff,” he noted.

It was a tough but valuable experience, from which Walden was able to take many lessons.

Over the coming years, the seeds of GWR were planted when, alongside his own racing activities, he began to look after customers.

A key marker along that road was a spell at Phoenix Motorsport, and the influence of Michael Quinn.

“I learned a lot from those guys, it was a really good experience, and Michael and I are still mates to this day,” Walden said.

“I was there for about a year-and-a-half and he decided to give up motorsport and travel around the country, so then I decided to start my own thing.

“I started my own little team back then in June 2003 based in Silverdale at my dad’s workshop.”

To start with, he looked after a couple of production cars, and turned spanners for Jose Fernandez’s Konica (Super2) car, among others.

Racing in the main game himself the following year meant he had little time to do anything but look after his own car in 2004.

He built engines, gearboxes, diffs, it was a full-time job in itself.

Customer operations returned in 2005, with Aaron Caratti and David Morgan, the former winning the Gold Star.

It was an operation that was broadly recognisable as GWR, but it wasn’t yet the finished product.

A successful spell with Radical Australia followed, helping the brand make its mark in Australia and growing its presence here.

From a fleet of five cars, it had grown to 60 nationwide and 45 under his management by the time he left five years later.

“It sparked a desire to go and do it for myself again. That’s where GWR started,” Walden said.

A qualified mechanic, and self-taught engineer, there’s nothing within the business he can’t do.

Much of that takes him away from his entry point into the industry, swinging spanners, something Walden admits he misses.

“My phone never stops ringing, and to be a good mechanic you need 100 percent focus and dedication to it so you don’t make any mistakes.

“During these COVID breaks last year and this year, it actually gave me a chance to get back on the floor and swing some spanners and rebuild some cars because the phone’s not going and the emails aren’t going.

“Obviously I’ve moved up the ladder and it’s not the most important thing I need to do anymore,” he added, “but I do like working on a Saturday or just hiding in our engine shop and building an engine every now and then.”

He’s come a long way from the apprentice who was thrown in the deep end with a Hyundai Super Tourer, building a successful business to the point where his operation is one of the largest motorsport teams in the country.

And he suggests that while some aspects of the job have changed, being a mechanic is fundamentally the same.

“The principles are all the same, it’s still nuts and bolts,” he suggested.

Looking back, there are few regrets beyond perhaps playing it too safe.

He never rolled the dice to make it to Formula 1, for instance, and missed out on working overseas.

In business though he left no stone unturned, and ensured he was surrounded by good people from day dot – helped by his father’s own involvement in the industry.

Armed with that knowledge and expertise, Walden has some advice for those looking to break into the sport as a mechanic.

“Commit, dedicate the time, listen, keep your mouth closed, and listen to the smart people,” he asserted.

“It’s a passion-driven industry that we work in, and it’s not all good things like everyone thinks.

“But you really need to commit, dedicate, surround yourself with good people, and listen.

“Everyone’s got something to teach you, even if it’s teaching you what not to do or what to do, you need to listen to everyone.

“I’ve done some cool things and been in some cool places,” he added.

“I’ve travelled the world being a mechanic and worked on some cool cars, worked with some cool people.

“You’ve got to put a lot of effort in and go the late nights now and then, but you get to do some cool things in life, and I think that’s the upside of being a race mechanic.”