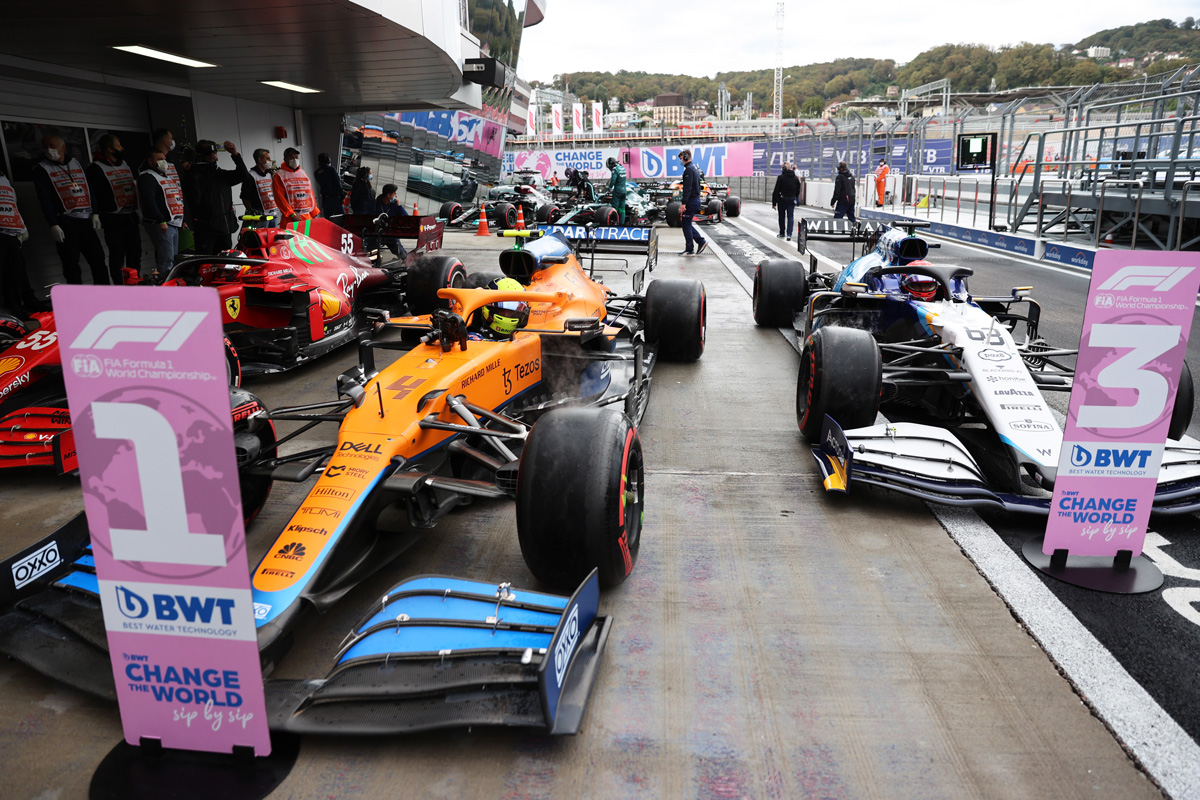 The Saudi Arabian-born entrepreneur, who first invested in the team in 1984, died in June this year aged 68.

“We’re dedicating pole position to Mansour Ojjeh – today would have been his birthday – and looking forward to what should be another exciting Formula 1 race tomorrow,” said Seidl.

“Congratulations to everybody at the track, back at the factory and our colleagues at Mercedes HPP, because that was an exceptionally challenging qualifying session, executed very well,” added the German.

“All through the sessions, it was important to have the right tyres on the car, and the car in the right position on track.

“We judged that perfectly today and had two drivers who pulled it off when it mattered.”

The Sochi race, starting 22:00 AEST tonight, shapes as critical in McLaren’s quest for third in the constructors’ championship – it currently holds a 13.5-point buffer to Ferrari.

Norris will start on the front row alongside Ferrari’s Carlos Sainz; further back, Daniel Ricciardo qualified fifth and Charles Leclerc will be at the back following a grid penalty for a power unit change.