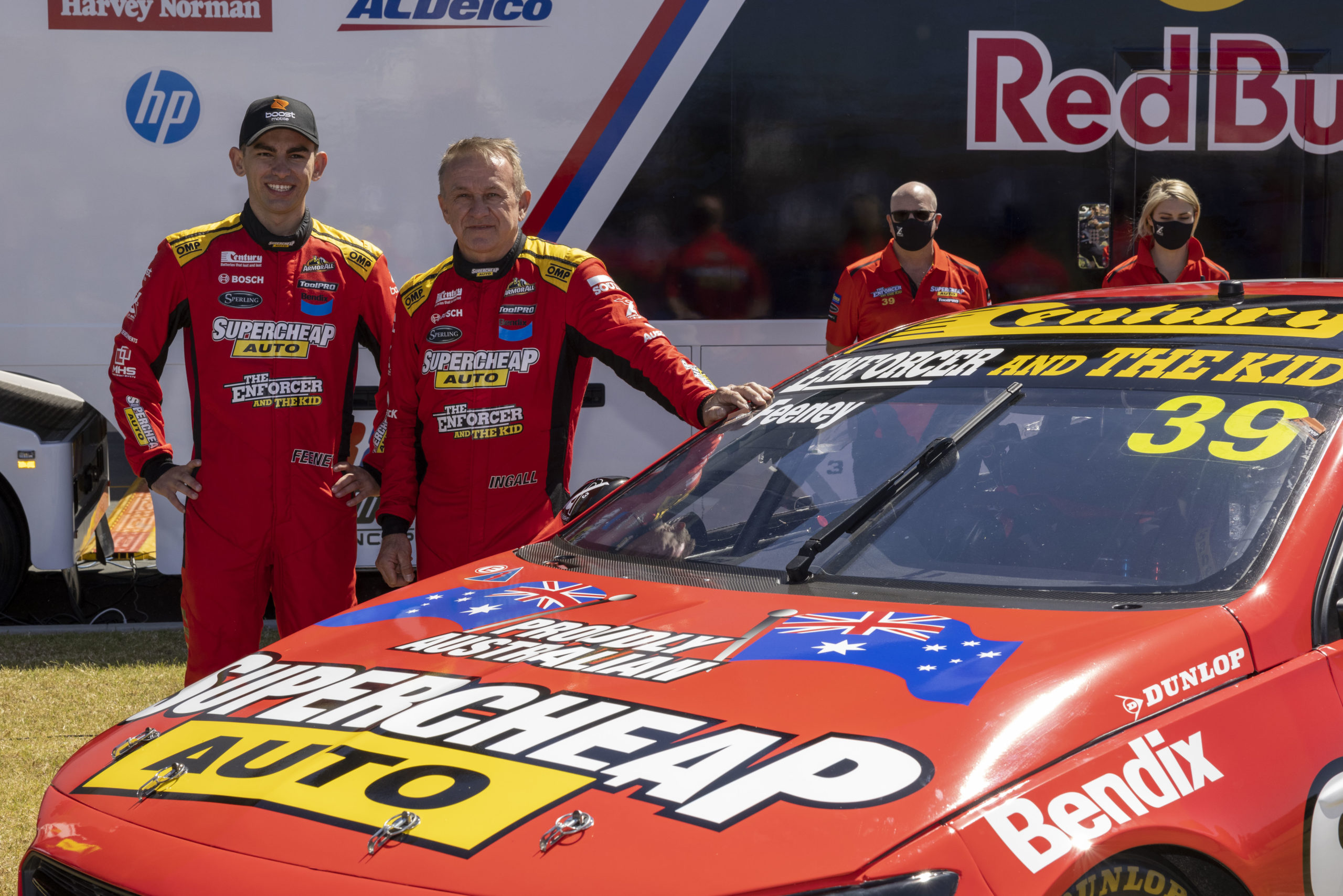 Broc Feeney and Russell Ingall with the #39 ZB Commodore they will share at Bathurst. Picture: Mark Horsburgh

Russell Ingall is working overtime to ensure his potential last ever race at Bathurst is a success.

The 57-year-old is bracing for the big day – which now will come on December 5 – when he and Broc Feeney will share a Supercheap Auto-backed Triple Eight ZB Commodore for 1000km of racing around Mount Panorama.

He expects Feeney’s sheer speed will only intensify the spotlight on his own shoulders, more than five years on from his most recent Supercars Championship race.

“Broc has shown the speed that he has got, he has shown his ability,” Ingall said.

“He is very close to winning the Super2 championship, so I don’t want to let the team down, I want to make sure I do my bit.

“And if we do that, I’ve predicted that I’m pretty sure he’ll qualify the thing in the top 10 and that puts the pressure back on me because if I’m starting the race, that means we’ll be up the pointy end of the grid and I want to keep it that way throughout the whole race.

“So I think we will be very competitive, we just might have to do something a little bit tricky with strategy but overall we’re there to have a swing.”

Feeney himself has dared to dream about making the Bathurst 1000 Top 10 Shootout, which is arguably the highest pressure session of the year.

“It is a dream. If I came home from that weekend and you said I was in the Top 10 Shootout, that would be an absolute dream,” the 18-year-old told Speedcafe.com at a recent test day.

“But that is a big expectation, every single driver wants to get in the Top 10 Shootout.

“The biggest thing for me is to learn that weekend.

“First time qualifying with those guys, literally I cannot for it, I’m so excited to get out on track.”

In case it is his last Great Race appearance, The Enforcer is determined to make it count.

“But that’s probably why I am putting so much effort into it – if this is my last Bathurst, I want to have a decent crack at it.

“I don’t want to go there just for the sake of making up the numbers or shaking hands and kissing babies, which I will be doing no doubt throughout the week, I’m sure the wildcard garage will be very popular with the punters, but it’s to have a good go at it.”

The 2021 Repco Supercars Championship will resume at Sydney Motorsport Park on October 29-31.