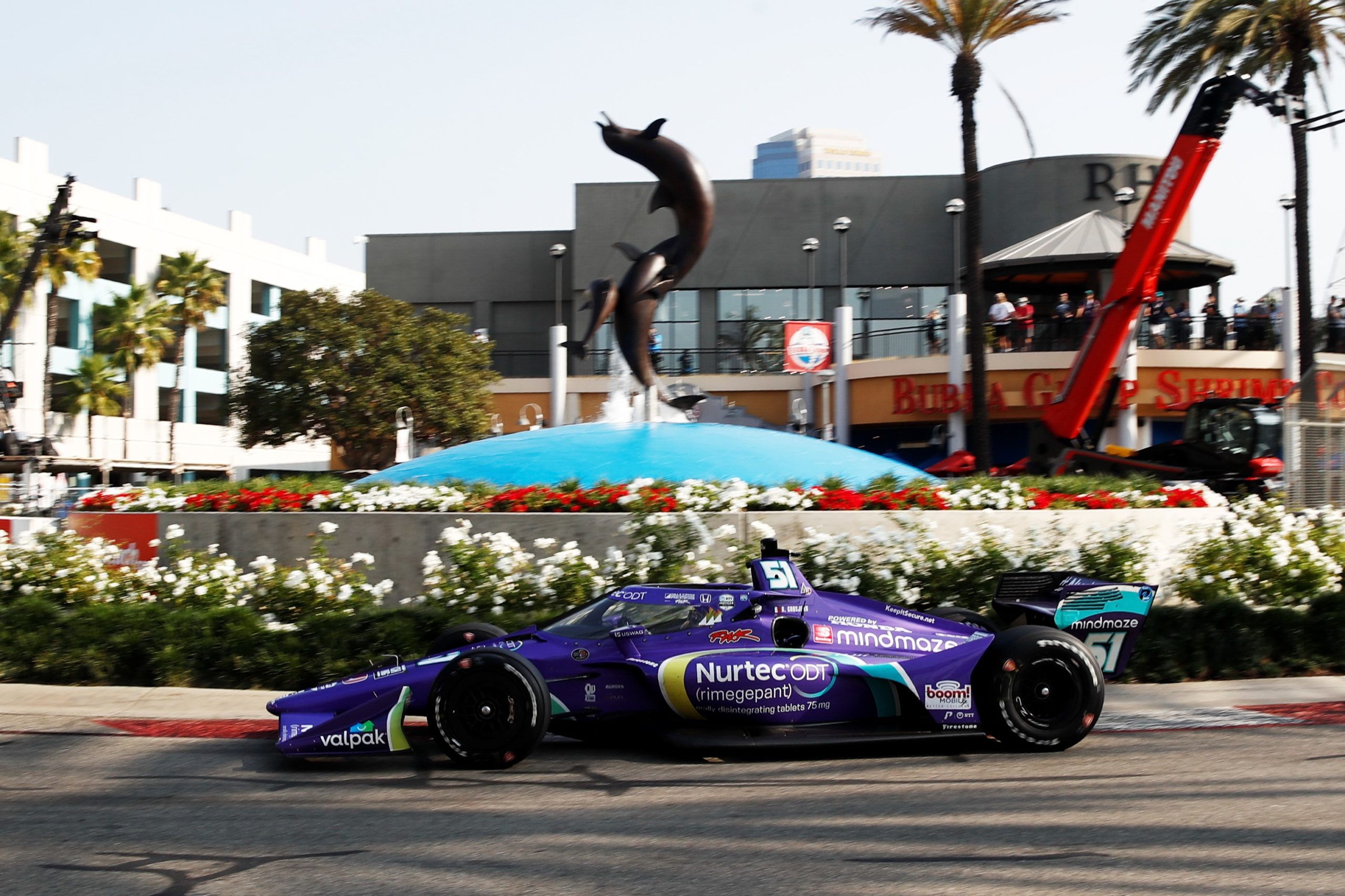 Romain Grosjean says he owes Dale Coyne and Rick Ware “something big” for giving him a chance to race in the IndyCar Series.

The Frenchman has had a breakout year in North America’s premier single-seater category, claiming a pole position and two second place finishes in his maiden campaign.

That came off the back of an up-and-down period in Formula 1 for the 35-year-old, who with Haas went podium-less for the previous five years and ended his time there up in flames.

Grosjean took quickly to the IndyCar Series, bringing Dale Coyne Racing its first pole position since 2018 in what was only his third race in the category.

Now, the three-time IndyCar Series podium finisher is set to move stables from Dale Coyne Racing with Rick Ware Racing to the famed Andretti Autosport in 2022.

That’s motivated Grosjean to end the season on a high this weekend on the streets of Long Beach where he’ll start sixth.

“I wanted to give them [the team] a pole to start today, hopefully a win tomorrow,” said Grosjean.

“It’s been a wild journey. The last year for me has been absolutely incredible from the crash in Bahrain, to the recovery of my hands, to jumping back into a race car, pole position, podiums, to signing with one of the best teams in the world.

“What a journey. Without Dale, that wouldn’t have happened, and Rick Ware as well, so I owe them something big.”

Grosjean currently lies 15th in the standings and is vying for Rookie of the Year honours, a battle he’s waging with Team Penske’s Scott McLaughlin.

Starting sixth, Grosjean is well placed to challenge for that title while McLaughlin will line up 13th on the grid.

“It’s a bit bittersweet I would say,” the ex-Formula 1 driver said of qualifying this morning (AEST).

“Fast 12, we went really fast. I had a big margin of a second. I’m happy to be top six. It’s my first time in Long Beach so it’s really good. Nice track.

“We didn’t start the weekend with a very good car and we’ve made some very good progress, so I’m happy with that. I’m looking forward to the race.

“When you get to race next to the sea and the beach, it just brings an atmosphere that is awesome. I’m excited for tomorrow.”