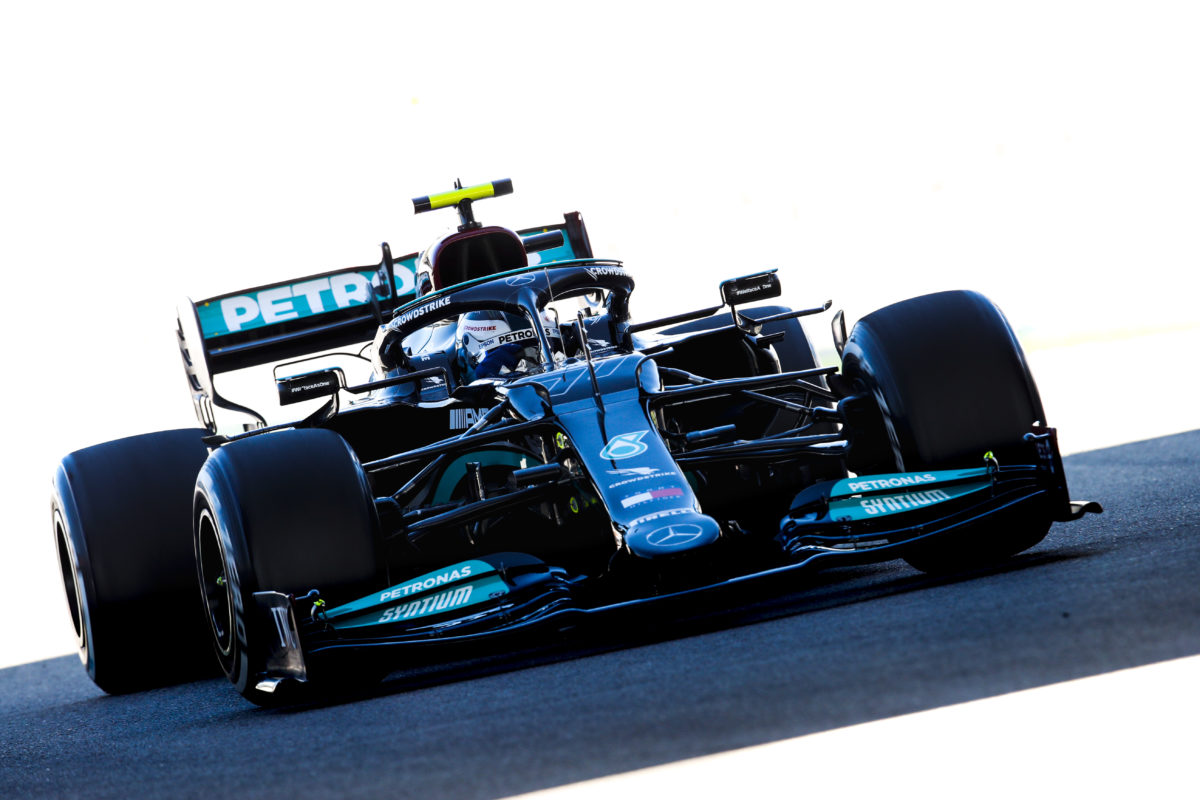 Valtteri Bottas will take a 15-place grid penalty for the Formula 1 Russian Grand Prix as a result of new power unit components being fitted to his Mercedes.

He’s one of a number of drivers set to fall down the order from qualifying with Charles Leclerc, Max Verstappen, and Nicholas Latifi having all had power unit changes heading into Saturday’s session.

Since then, it has been confirmed Antonio Giovinazzi will also start at the back for today’s race.

Bottas qualified seventh in mixed conditions on Saturday while Giovinazzi crashed in Qualifying 1 on his way to recording the 18th best time.

With the penalties for Latifi, Leclerc, and Verstappen applied, they would have lined up seventh and 16th respectively.

However, both will now drop down the order.

In Bottas’ case, Mercedes has elected to take a fifth internal combustion engine, turbocharger, and MGU-H for a total drop of 15 places.

Last on the grid will go to Giovinazzi after Alfa Romeo Sauber replaced the gearbox in his car following qualifying.

As that change has taken place out of sequence, the Italian will drop five places.

Bottas had started from the rear of the grid at the Italian Grand Prix after Mercedes elected to change his power unit in Monza, too.

His team currently leads the constructors’ championship over Red Bull by 18 points.

The Russian Grand Prix is set to get underway at 22:00 AEST this evening.