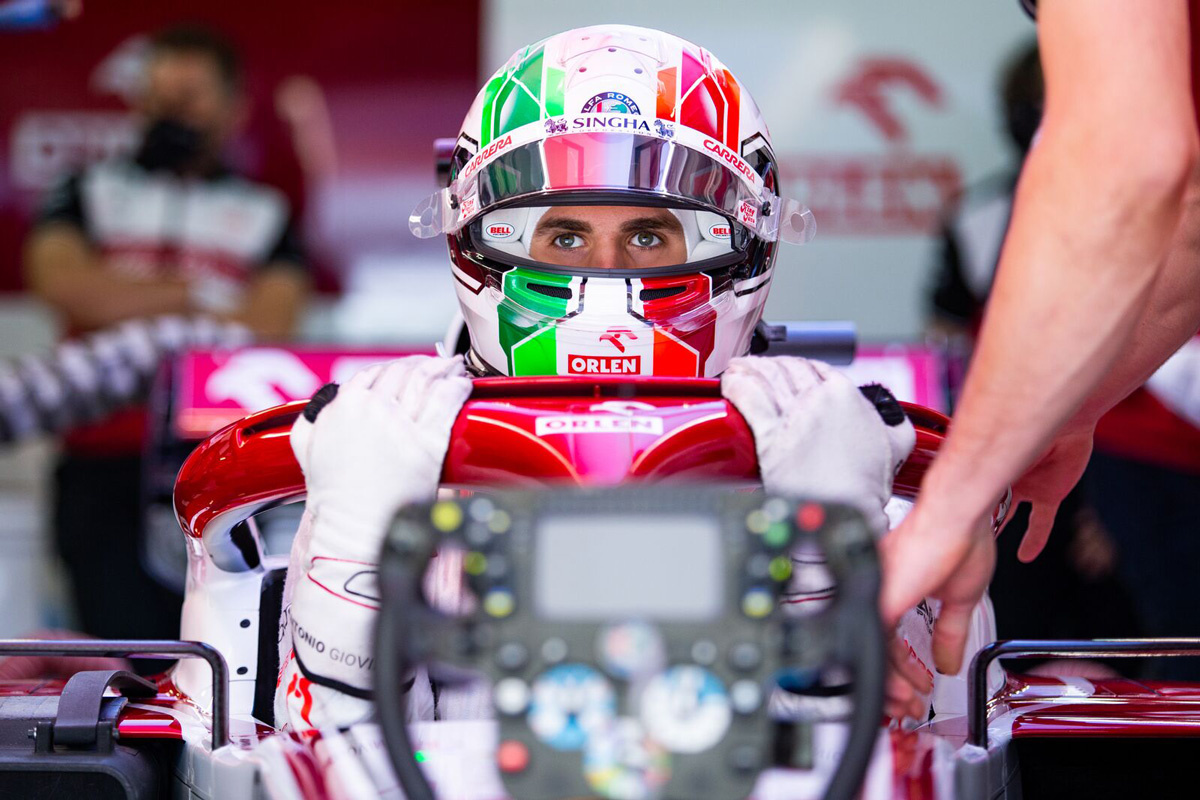 Antonio Giovinazzi believes a combination of factors contributed to his damaging crash in afternoon practice at the Formula 1 Russian Grand Prix.

The Italian is fighting to save his career, with the Alfa Romeo seat he currently holds the last yet to have a driver announced for 2022.

Chinese Formula 2 frontrunner Guanyu Zhou appears to be the favourite to get the nod, although Giovinazzi has lifted his game in recent outings with back-to-back top 10 qualifying performances.

His visit to Sochi hasn’t exactly got off to the best start though, spinning at Turn 8 during Free Practice 2 and damaging the rear of his #99.

“The sessions were going pretty well until the incident,” said Giovinazzi.

“FP1 wasn’t too bad and FP2 was an improvement, overall a good start of the weekend.

“The wind was rather strong, I got a bit of understeer outside the corner, touched the astroturf on the exit and lost the rear.

“Tomorrow is another day, we need to see what the weather is going to be like and continue our work.”

Team-mate Kimi Raikkonen is back in action after missing the past two grands prix due to COVID-19, and finished FP2 in 12th.

“It didn’t feel much different than any other times, and the job we did wasn’t too bad.

“Things ran smoothly, the conditions were okay so we were able to do our work. First impressions are okay but when it really matters is tomorrow and Sunday.

“The feeling with the car is okay, but we’ll need to see what happens in qualifying to see where we stack up against the others.”

Raikkonen, Ferrari’s most recent world champion, is retiring at the end of the season and will be replaced by Finnish compatriot Valtteri Bottas.

Rain is forecast to hit the Sochi circuit throughout Saturday running.