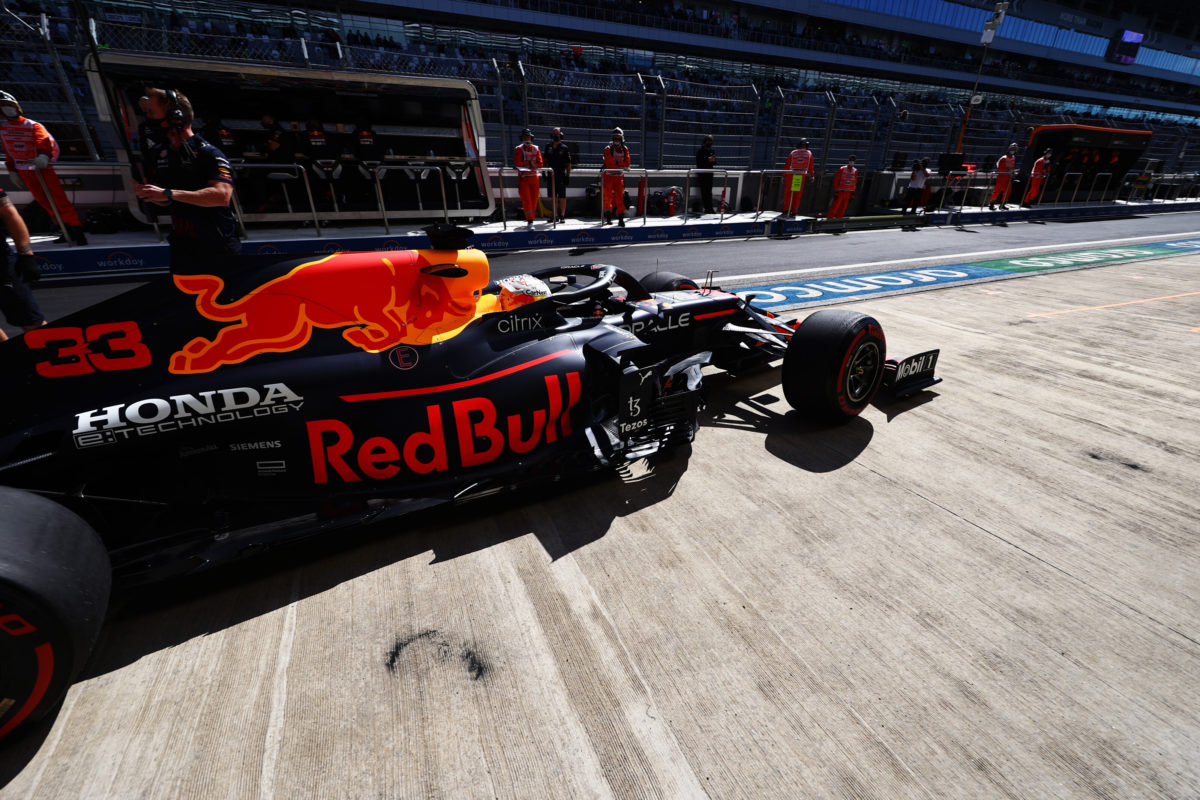 The Dutchman was sixth fastest in the second 60-minute session, during which he debuted a new Honda power unit.

He’ll be sent to the back of the grid for the race as a result, while title rival Lewis Hamilton looks set to start somewhere near the front.

“We thought it would be best to take the engine penalty here in Russia, we took everything into account before making the decision and we of course considered the weather for tomorrow,” Verstappen said of the decision to take the power unit penalty.

“We had to take the penalty at some point so if we didn’t take it here, we would have taken it somewhere else.”

By taking the new power unit, Verstappen also mitigates the impact of a three-grid place penalty he picked up at the Italian Grand Prix last time out.

Contact with Hamilton left the Red Bull driver perched atop his rival’s car after they came together at the first chicane midway through the race.

Verstappen was deemed at fault for the incident, and handed a penalty for the Russian Grand Prix.

However, by taking a power unit penalty he will start at the rear of the grid anyway – the addition of a further three places makes little difference.

Armed with that knowledge, Verstappen and Red Bull concentrated on setup for Sunday’s race, rather than single lap speed for qualifying.

Wet conditions are expected on Saturday, and threaten to make the day a washout.

“As for the set up, we are trying to make the best possible race car for this weekend despite starting from the back of the grid,” Verstappen said.

“I hope it’s going to work out and we will try to make the best of it during the race on Sunday, for now let’s wait and see what the weather will be like tomorrow.”

Should Saturday be rained out, qualifying could be moved to Sunday morning.

Already anticipating delays due to the weather, officials in Sochi elected to reschedule the opening Formula 3 race of the weekend from Saturday to Friday afternoon to afford more leeway should it be needed.

Free Practice 3 is set to get underway at 19:00 AEST on Saturday.