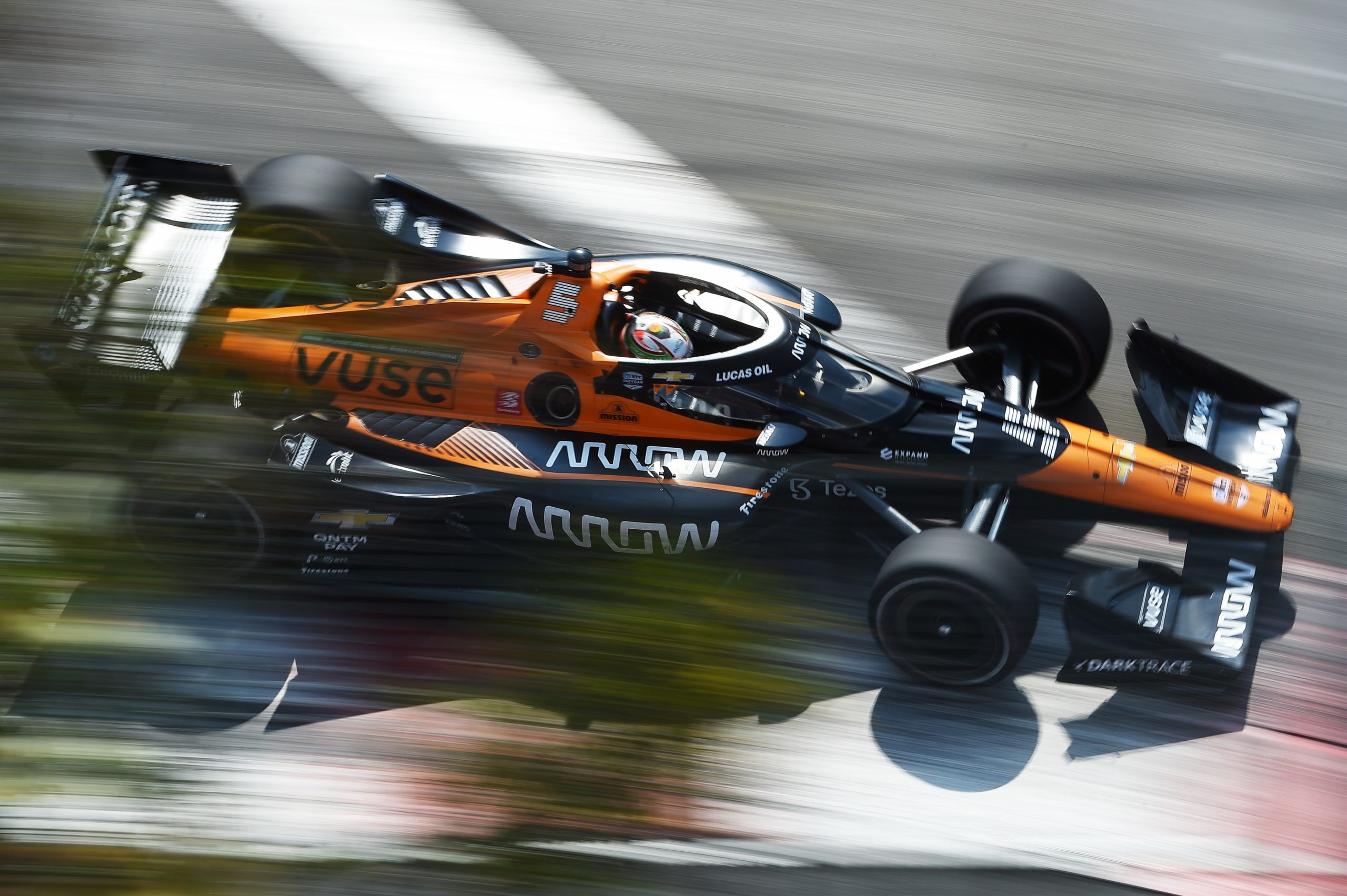 IndyCar Series frontrunner Pato O’Ward has an uphill battle if he is to overcome title adversary Alex Palou to win this year’s Astor Cup.

The 22-year-old was off the pace in Practice 1 on the streets of Long Beach, ending the 45-minute outing nine tenths away from timesheet topper Colton Herta of Andretti Autosport.

By contrast, Chip Ganassi Racing’s Palou was less than two tenths away from the fastest time, putting the Spaniard in good stead leading into tomorrow’s qualifying.

For McLaren SP driver O’Ward, it was a frustrating session.

“Yeah, messy for us,” said O’Ward, whose fastest time came at the death.

“I didn’t really get a read. It’s kind of hard to tell where we’re truly at. But yeah, that’s as much as I have honestly. It was very messy for me.

“It’s hard to say where we’re at. The car didn’t feel the best. I’d be lying if I said it did.

“So we need to find what is wrong with it I guess and trying to go into a direction that’s going to help us for qualifying. I think qualifying here is going to be everything.

“Just really messy. The car was all over the place. Yeah, bummer.”

O’Ward will have one more practice before qualifying for the 85-lap affair come Sunday, local time.

Getting the set-up nailed in Practice 2 could be pivotal heading into qualifying, with little passing expected in the race.

“I’ve only done one race here, if I remember it was a lot of fuel save, not a lot of passing. Just in the pit stop sequences. I feel like you need to focus on that.

“Qualifying up front will probably pay off a lot more than if you qualify in the back, unless it’s Portland.”

For Palou, it was a fruitful first session despite having never raced an IndyCar at the circuit.

“It was all about learning the track and stuff like that. Yeah, pretty happy. The car was good, was a quick session, got up to speed quite quick. So happy with the car at the moment.”

Palou leads O’Ward by 35 points with one race remaining, setting up a hard slog for the young Mexican with no more than 54 points left to play for.