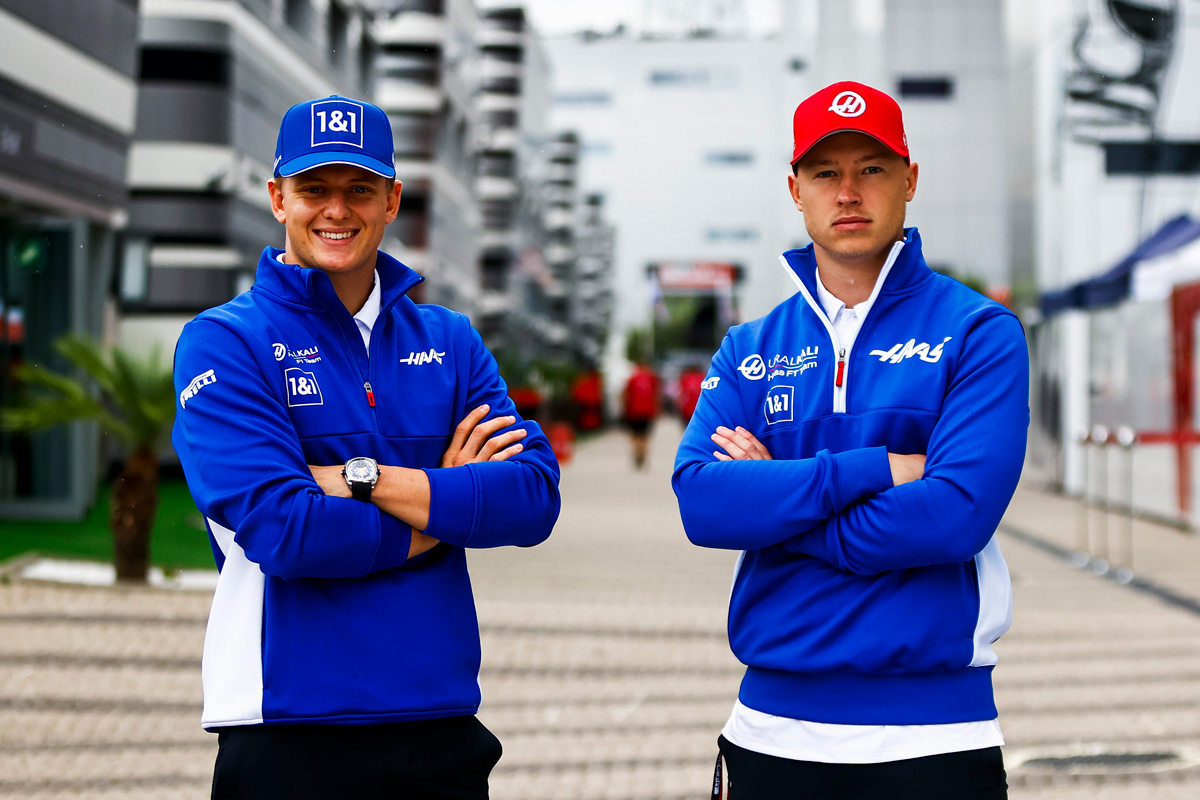 There may be many more flashpoints in the relationship between Haas Formula 1 team-mates Mick Schumacher and Nikita Mazepin, the latter has predicted.

Haas this week announced the rookie duo will be retained for the 2022 season, when the Guenther Steiner-led team is hoping to make a considerable step forward.

That’s despite Schumacher and Mazepin having had a number of run ins this year – something which the Russian isn’t necessarily tipping to change any time soon.

“I think it’s just two young drivers who are willing to get to the top of Formula 1 and who’ve been put in a difficult position where realistically as the year goes on, more and more we can fight with each other only,” Mazepin told the F1: Beyond The Grid podcast in the build-up to his home grand prix this weekend.

“Obviously in every other category, what’s the difference between P19 and P20?

“But because it’s like all or nothing, I think that potentially impacts his approach to me but yeah I struggle to see more than that. It is what it is.

“I don’t know how many years we have got left together but I don’t think it’s going to be a smooth ride.”

The pair have long known one another, stretching back to their karting days, and Mazepin idolised Schumacher’s world champion father Michael.

“People don’t remember but it wasn’t a smooth ride, even then,” Mazepin said of their early days.

“And even so now, I like Mick to the bottom of my heart, I think he is a super talented kid who has done an incredible achievement in his career – but that’s outside of the circuit.

“On the track, I don’t really care who I’m racing with, I’m against a competitor car and that is the only car at the moment in the last few races that I was able to get in front so on a personal level it really doesn’t impact.”

Mazepin touches on a number of other topics in the refreshingly open and honest interview, including his beginnings in the sport and his father Dmitry’s pivotal support.

Mazepin was 19th, ahead of Schumacher, in both Friday practice sessions at Sochi.