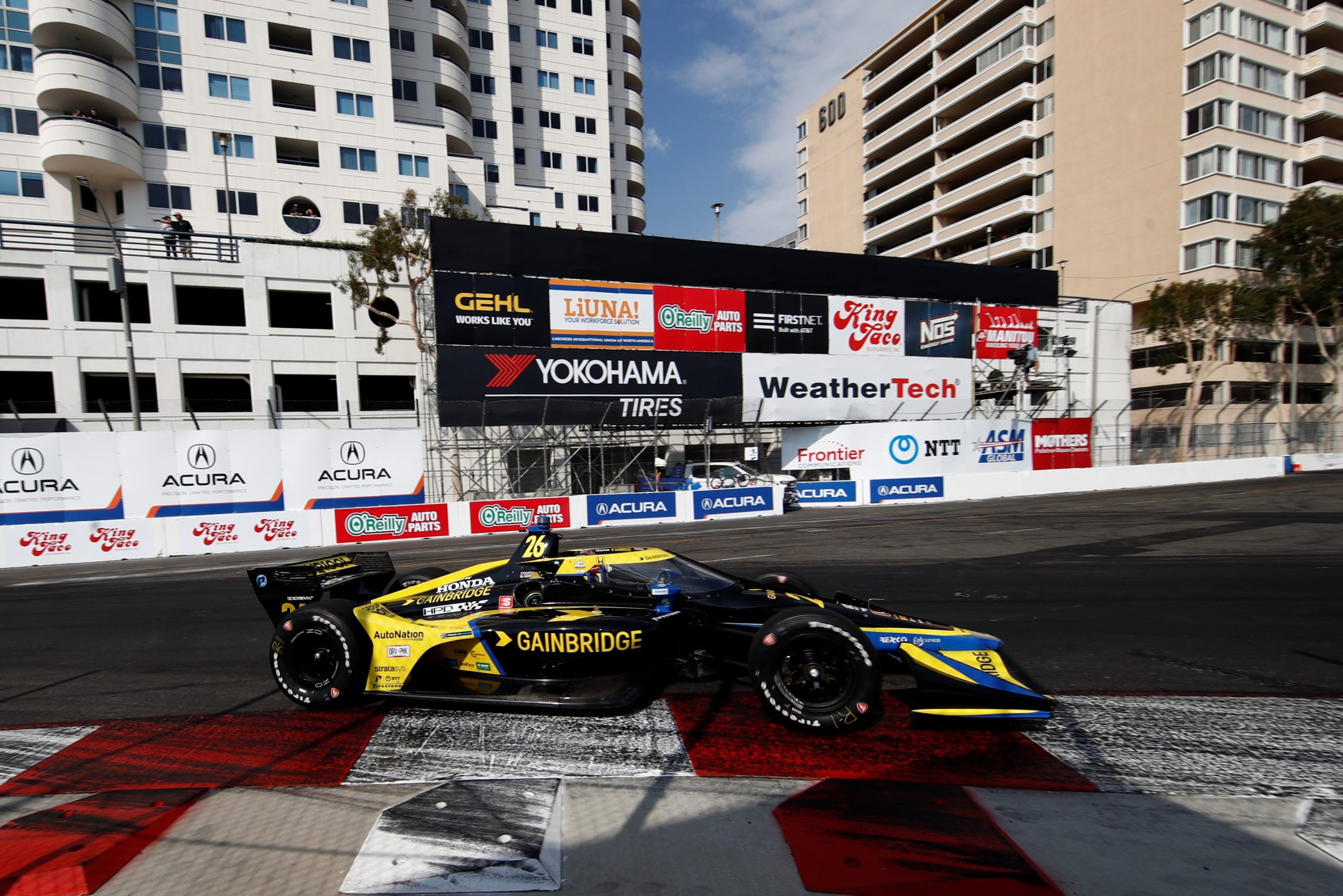 Colton Herta topped Practice 1 at the Grand Prix of Long Beach in what was a 45-minute outing punctuated by a handful of red flag interruptions.

The Andretti Autosport pilot clocked a 1:09.2680s on his 11th lap of the beachside circuit, edging out Team Penske’s Simon Pagenaud by 0.1654s.

The session wasn’t without a scare for Herta, who had a big slide out of Turn 8 and nearly put his car in the wall.

“It was one of those things where the car kind of saves itself,” said Herta.

“I was just along for the ride. I took a little too much kerb, the car bottomed, and after that, I don’t know what happened.”

Team Penske’s Josef Newgarden caused the first red flag after he spun at Turn 9 and stalled a little over 15 minutes into the session.

“We rolled off with a couple of gremlins and didn’t make much work in the first session,” said Newgarden.

“But I’ve got a good feel for the car, and it feels like we have something to work with. I feel confident going into (qualifying), just need some time to digest everything.”

Rahal Letterman Lanigan Racing driver Oliver Askew drew the red flag when he clipped the outside wall at Turn 1. He would wind up 26th after just eight laps of the street circuit.

His team-mates were relatively lacklustre too, Graham Rahal only 19th and Takuma Sato 21st.

Only five minutes later, the seven-time NASCAR Cup Series winner spun again, followed by his team-mate Scott Dixon who brought out the red flag with a few minutes remaining.

They would end the session 27th and 13th respectively.

The session was littered with incidents; Romain Grosjean (Dale Coyne Racing with Rick Ware Racing), Dalton Kellett (A. J. Foyt Enterprises), and Pagenaud all taking to the escape road at some point during the session.

IndyCar Series title favourite Alex Palou wasn’t far off the pace for Chip Ganassi Racing, his 1:09.4554s putting him a mere 0.1874s away from Herta to end up third.

Felix Rosenqvist led the way for McLaren SP in fourth while Ryan Hunter-Reay, who will depart Andretti Autosport at the end of 2021, was fifth.

Palou’s title adversary Pato O’Ward of McLaren SP was only 16th and 0.9771s away from the top of the timesheets.

The 22-year-old was downbeat having only set his best lap of the session on his last flier.

Asked what the team needed to do to get back in contention, O’Ward replied, “I guess we yard sale the car and see where we go.”