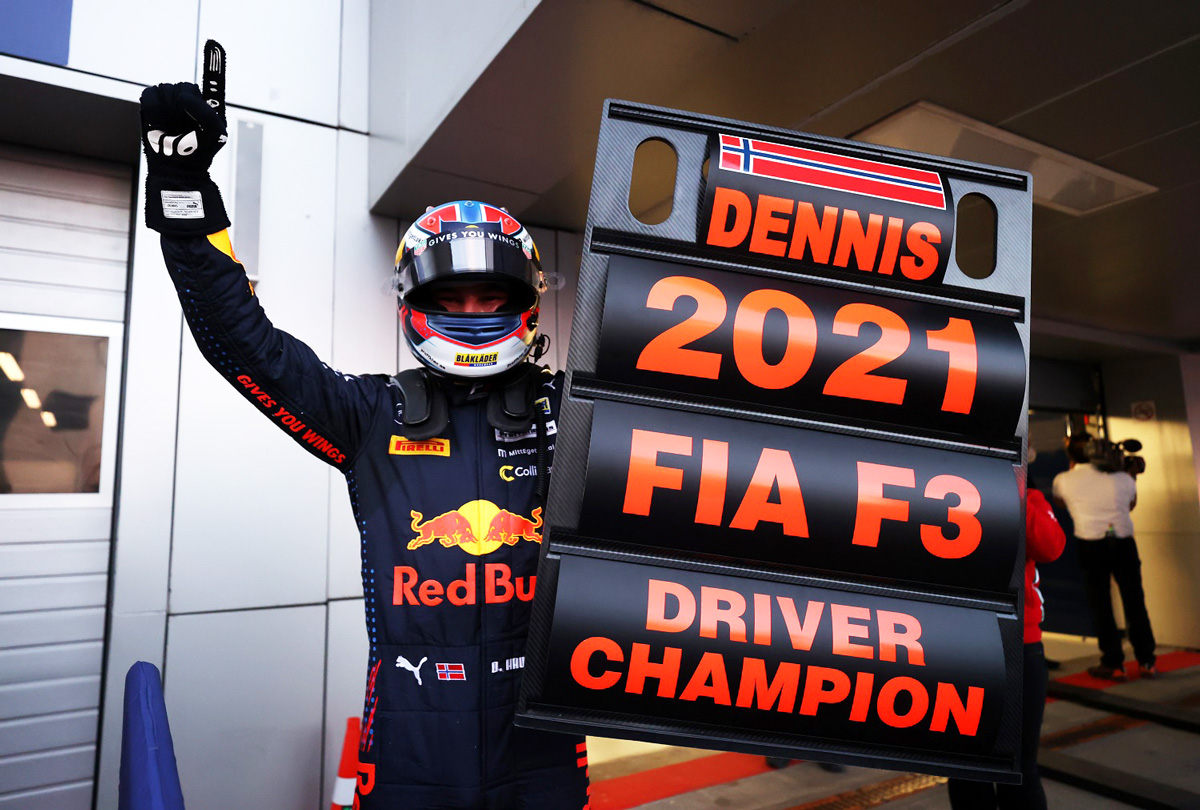 Dennis Hauger has put the FIA Formula 3 title beyond doubt with two races in hand.

The Prema Racing driver sealed the deal by finishing second in the opening F3 race at Sochi, which had been moved forward a day in anticipation of severe downpours on Saturday (local time).

Logan Sargeant did just enough to hang on for his first race win of the year, with Hauger right on his tail.

Hauger is now 51 points clear of his nearest rival, Australia’s Jack Doohan, meaning the title is his.

“It means everything,” the 18-year-old said of his accomplishment.

“Reward for all of the work that we have done with the team all year to prep and get everything set for the races and all of the travelling – it is a lifestyle.

“You do it because you love it. It is enjoyable, but hard work as well.

“Last season wasn’t the best year, it was hard mentally, so getting the championship is unreal.”

Race winner Sargeant was relieved to have broken a victory drought that dated back to the F3 sprint race at Spa last year.

“I have finally gotten a win – I was determined not to go a season without a win,” said the American.

“I had a really good start and then tried to manage the tyres as best as I could, but then towards the end Dennis was coming really quick.

“I am really glad that I could hang on and give Charouz [Racing System] their first victory. I’m looking forward to the next few days.”

Doohan could manage only 15th after losing ground on the opening lap.

Doohan will start the third and final race of the weekend from pole position.