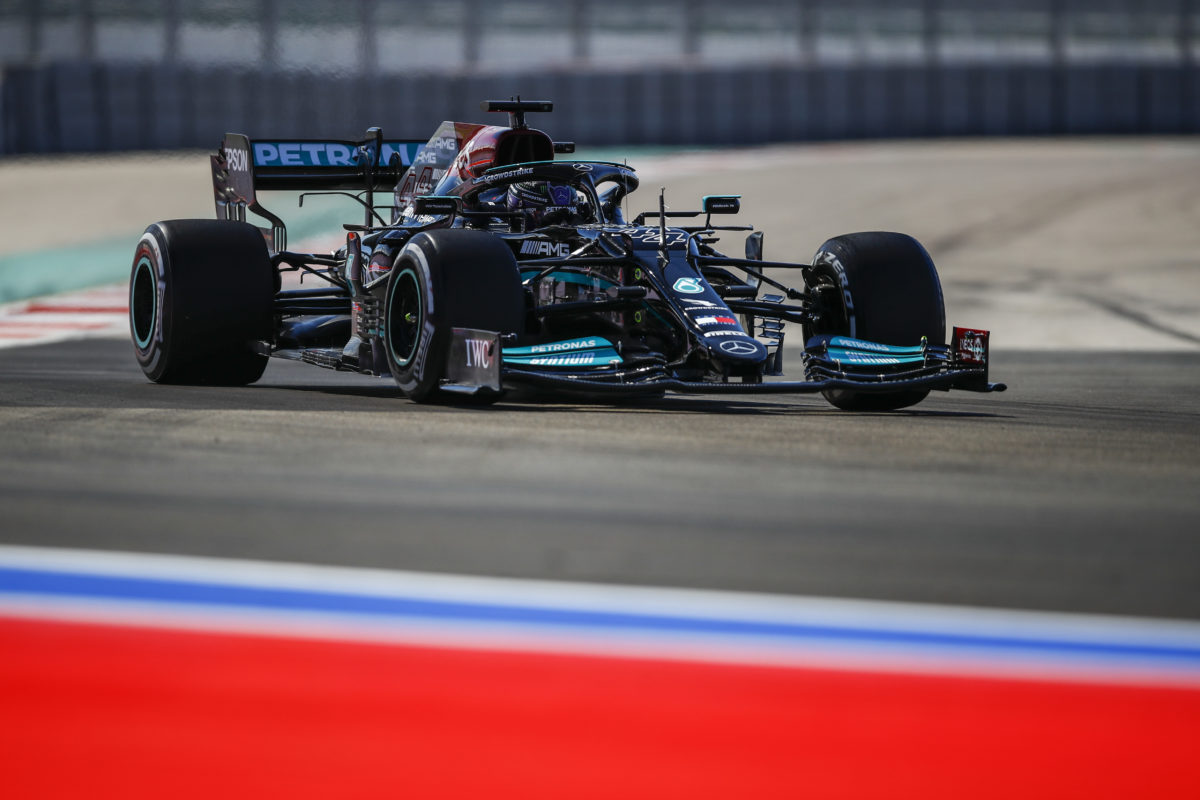 Verstappen will start from the rear courtesy of a new Honda power unit in his Red Bull.

Mercedes meanwhile has continued to demonstrate the form which has seen it win every edition of the Russian Grand Prix since 2014.

Valtteri Bottas was fastest in both of Friday’s practice sessions, with Hamilton not far behind.

Five points down on Verstappen in the title fight, the Dutchman’s lowly starting spot therefore affords a prime opportunity to claw back some solid points.

“It doesn’t really change anything for us, we have just got to do our thing and focus on performance,” Hamilton said.

“It’s a tough year I think for everyone with reliability.

“It’s definitely a shame for him but we’ve got to try and capitalise on that, naturally, and try to get the maximum result.

“A one-two would be spectacular for us.”

Sochi has been a happy hunting ground for Mercedes, Bottas winning last year while Hamilton has four victories at the venue.

That was reflected in their Friday performance, despite going different directions on setup.

“Me and Valtteri are quite different on setup, and have deliberately gone in different ways to try and see which is best,” Hamilton said.

“Tonight we’ll probably try and understand and study those, and figure out how we come back to the right path.

“It seems like we started off on the right foot.”

Hamilton was 0.2s away from his team-mate in the opening session, and ended Practice 2 just 0.04s away from the Finn.

“You could always go better, but if I look at the timings and based on the feeling, it was a good day from the first run,” Bottas said.

“I had a good confidence with the car and the balance was actually very good, so all we had to do were minor adjustments during the day.

“I really could focus on the driving and finding small gains here and there, but on both short and long runs I was really, really comfortable.”

While Hamilton trails Verstappen by five points in the drivers’ championship, Mercedes holds an 18-point lead over Red Bull in the constructors’ fight.

A final 60-minute practice session is set to follow on Saturday, for which the weather is expected to turn, beginning at 19:00 AEST tonight.