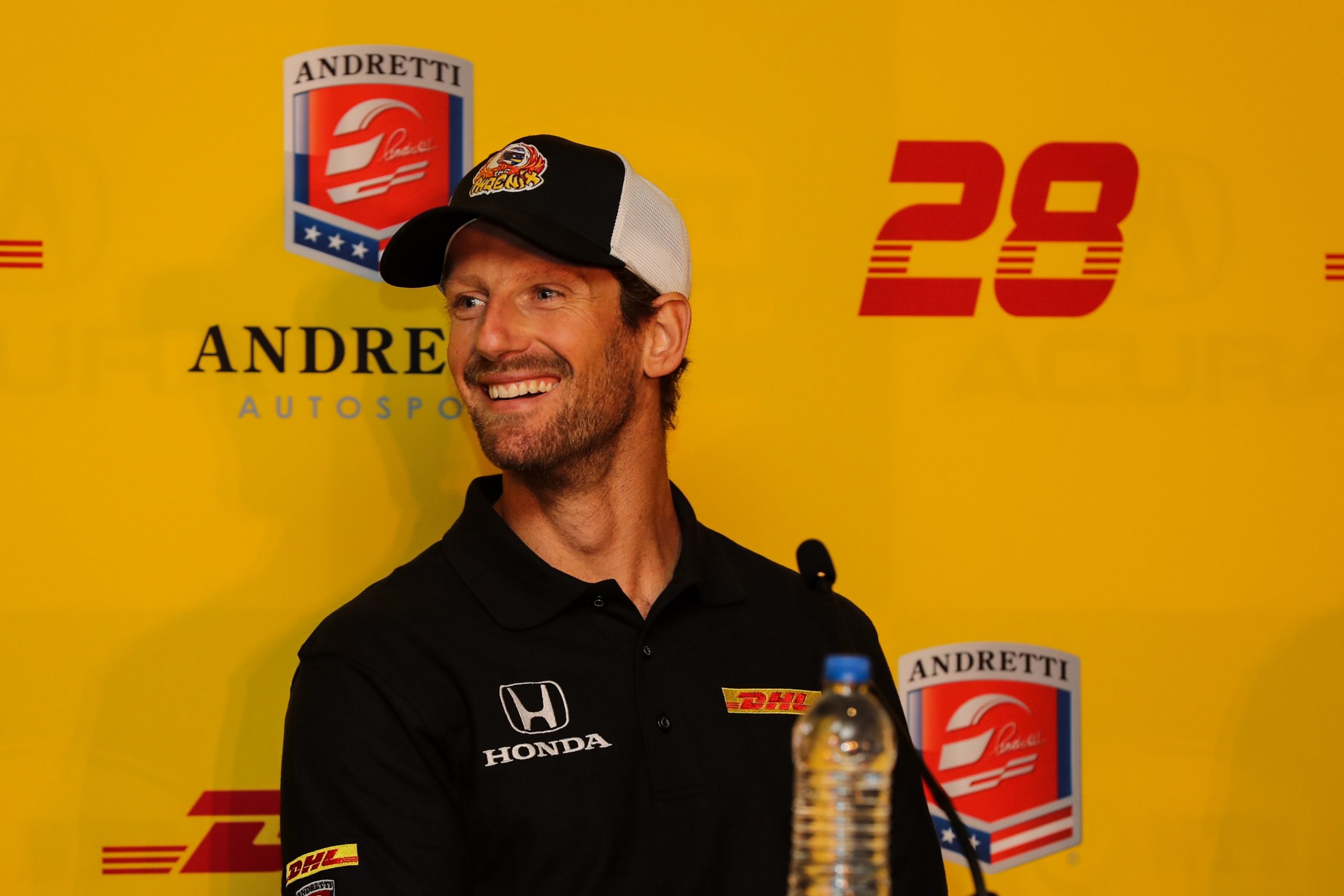 Romain Grosjean will race for Andretti Autosport in next year’s IndyCar Series replacing Ryan Hunter-Reay in the #28, the team has confirmed.

After nine straight seasons in Formula 1, the Frenchman moved stateside this year to compete for Dale Coyne Racing with Rick Ware Racing in the North American single-seater series.

Off the back of what has been a breakout year for the 35-year-old, Andretti Autosport has moved to sign Grosjean for his second season.

From just 12 starts this year, Grosjean has three podiums in what is a partial campaign that saw him miss oval races at Texas Motor Speedway and Indianapolis Motor Speedway.

The team has also confirmed it has retained DHL, a sponsor which has long been associated with the outgoing Hunter-Reay.

“I’m delighted to be joining Andretti Autosport and driving the No. 28 DHL Honda for next season,” said Grosjean.

“It’s a big honour to be joining such a great team as Andretti, anyone in the motorsport world knows the name Andretti.

“I’m super happy and proud to be racing with the team. I’m also very proud to be representing with DHL. I’ve known the DHL colour on racing cars for a very long time.

“I couldn’t be more proud to represent such a great company in IndyCar. I’m hoping that we are going to be very successful together, which is our aim on every side.

“I would like also to thank Dale Coyne Racing for giving me the opportunity to join IndyCar.

“I’ve enjoyed the racing so much and it’s given me the chance today to be racing with one of the most competitive and best teams in the world.”

Grosjean will join the already announced pair of Colton Herta and Alexander Rossi in the Andretti Autosport camp.

Nothing has been said of James Hinchcliffe, who races under the Andretti Steinbrenner Autosport umbrella.

“We are thrilled to welcome Romain to the Andretti Autosport family,” said Andretti.

“He already had an impressive resume before coming to IndyCar and watching what he’s been able to do in his rookie season here has been exciting, to say the least.

“His vast motorsport experience will be beneficial to the team alongside our already strong 2022 driver lineup.

“We also couldn’t be more excited to continue our strong partnership with DHL.

“The DHL sponsorship is one of the longest and most successful in the paddock and we look forward to continued success on and off the track.”

Grosjean is contesting the Grand Prix of Long Beach this weekend and vying for Rookie of the Year honours with Scott McLaughlin.