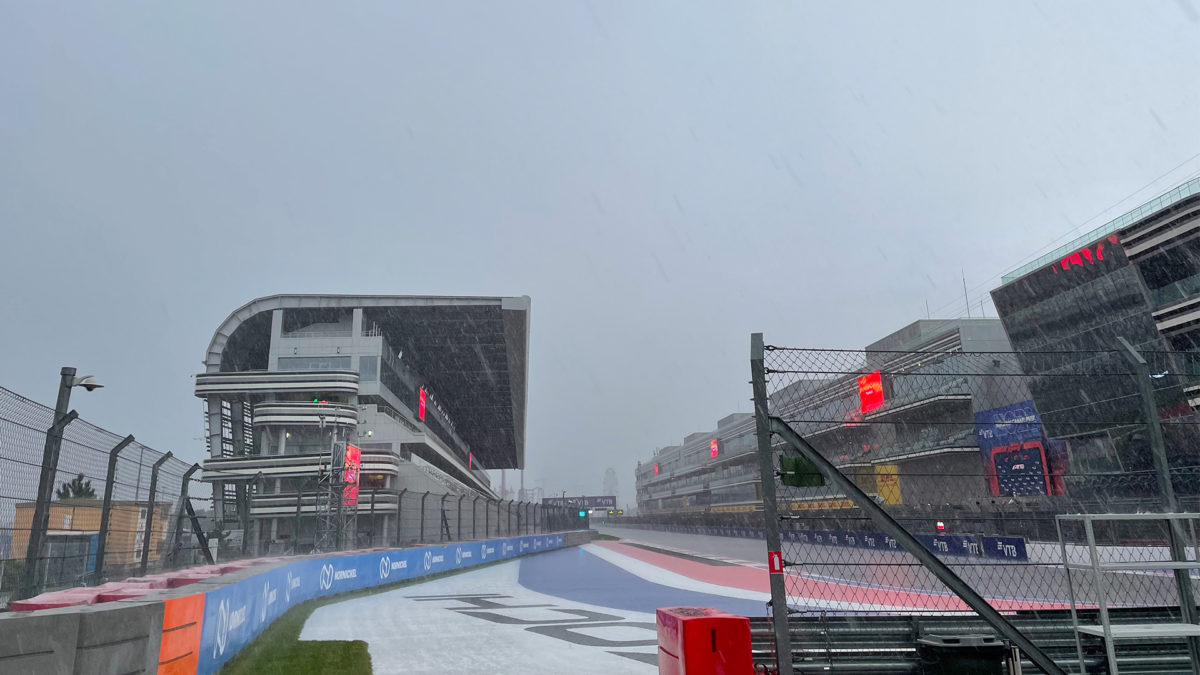 Rain has forced the cancellation of Practice 3 in Russia. Picture: Red Bull Racing

A call was made minutes before the scheduled start of Free Practice 3 not to start the 60-minute session.

“Having received a request from the Race Director and the Clerk of the Course, in accordance with Article 15.3 a) of the Formula One Sporting Regulations, and Articles 11.9.3.m and 11.9.3.o of the FIA International Sporting Code, DECIDE, in the interest of safety, to modify the Official Programme by cancelling Free Practice Session 3 due to Force Majeure,” a statement from the stewards declared.

“For the purposes of the regulations and associated time limits, Free Practice Session 3 will be considered as having taken place, except where otherwise advised by the Race Director.”

Rain had been forecast, with the opening Formula 3 race of the weekend moved to Friday in anticipation of an interrupted Saturday programme.

It is planned for Formula 1 qualifying to proceed as planned, commencing at 22:00 AEST.

Conditions are expected to ease later in the day, with forecasts Sunday’s weather will improve.