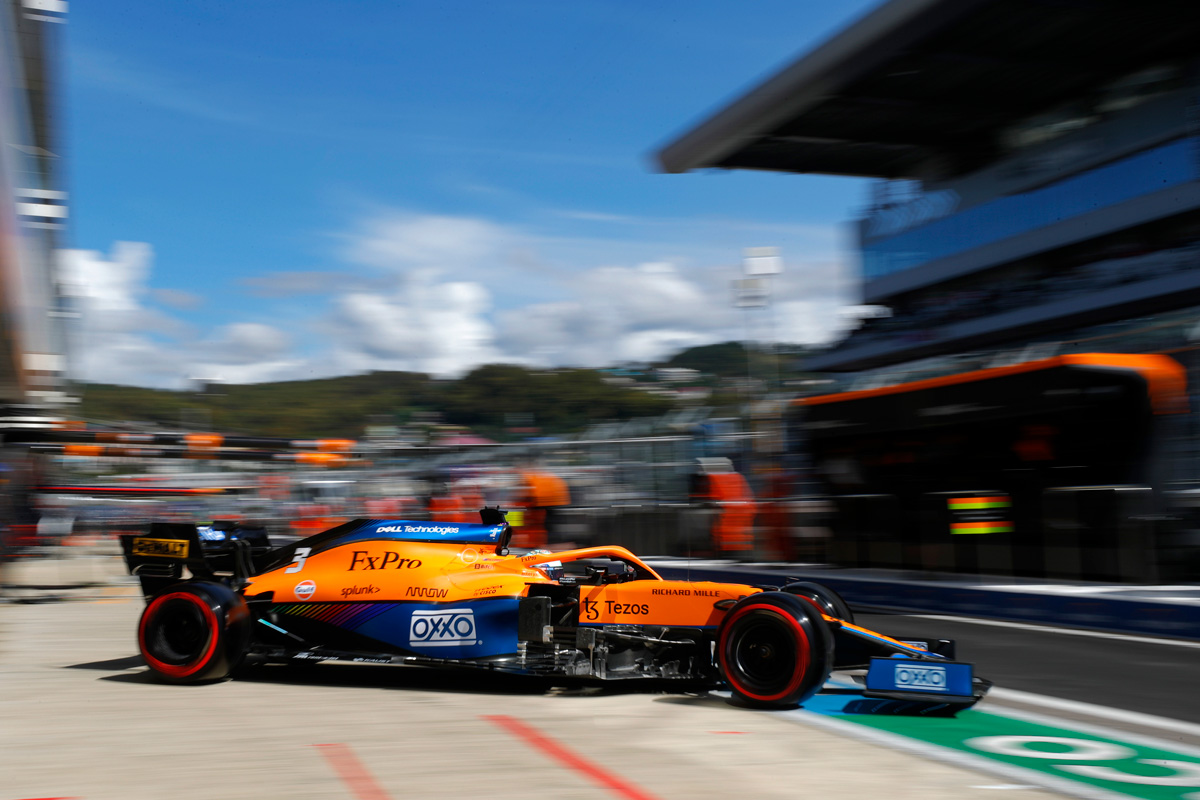 The opening day of the Formula 1 Russian Grand Prix proved something of a reality check for Daniel Ricciardo, less than a fortnight on from his Monza triumph.

The switch was made after an issue was discovered following first practice but will not incur a grid penalty, unlike championship leader Max Verstappen.

That’s because McLaren opted to use another power unit from its existing pool; it’s understood the gremlin found at Sochi is repairable but needed a longer turnaround time than what was available prior to FP2.

“On Daniel’s side of the garage we had a little disruption, discovering an issue at the end of FP1,” confirmed McLaren executive director of racing Andrea Stella.

“We swapped the PU over the break between P1 and P2, lost a little bit of running time and as a result were doing our new soft run in P2 in difficult traffic conditions.

“That’s reflected in the classification – but we know there’s quite a lot more to come.”

Added Ricciardo: “This morning, we struggled quite a bit to get comfortable and there wasn’t that much pace.

“We made some changes with swapping the PU for FP2, but then we had a delay getting out, and then we had yellows, red flags and then people around us on high fuel.

“It was a bit of a lost session really, so we have some homework tonight.

“Fortunately, Lando [Norris] looked more comfortable and quicker in FP2, so we’ll try to learn from that.

“For us, not the most inspiring day, but still a lot we can work on to improve ahead of qualifying.”

The sister car of Norris did indeed show stronger pace, taking eighth in FP1 and fourth in FP2 as Mercedes’ Valtteri Bottas swept both sessions.

“Today was a bit up and down – we struggled quite a bit in P1, but we made quite a few changes on the car for the second session which improved things,” said the Brit.

“That progress has made me feel a bit more confident in the car this afternoon and given us a more positive feeling going into tomorrow.

“Some of our strengths from Monza aren’t as obvious at this track, and there’s more of the types of corners here where we’re not as strong.

“But it can still feel relatively good, it just doesn’t always translate into actual lap-time.

“We’re not as competitive as we were in Monza, but we still have a decent feeling and we can still be competitive compared to the teams we’re really racing against.

“There are a lot of things to take into account for tomorrow with the weather forecast, so there’s a lot to think about overnight to prepare ourselves for tomorrow.”