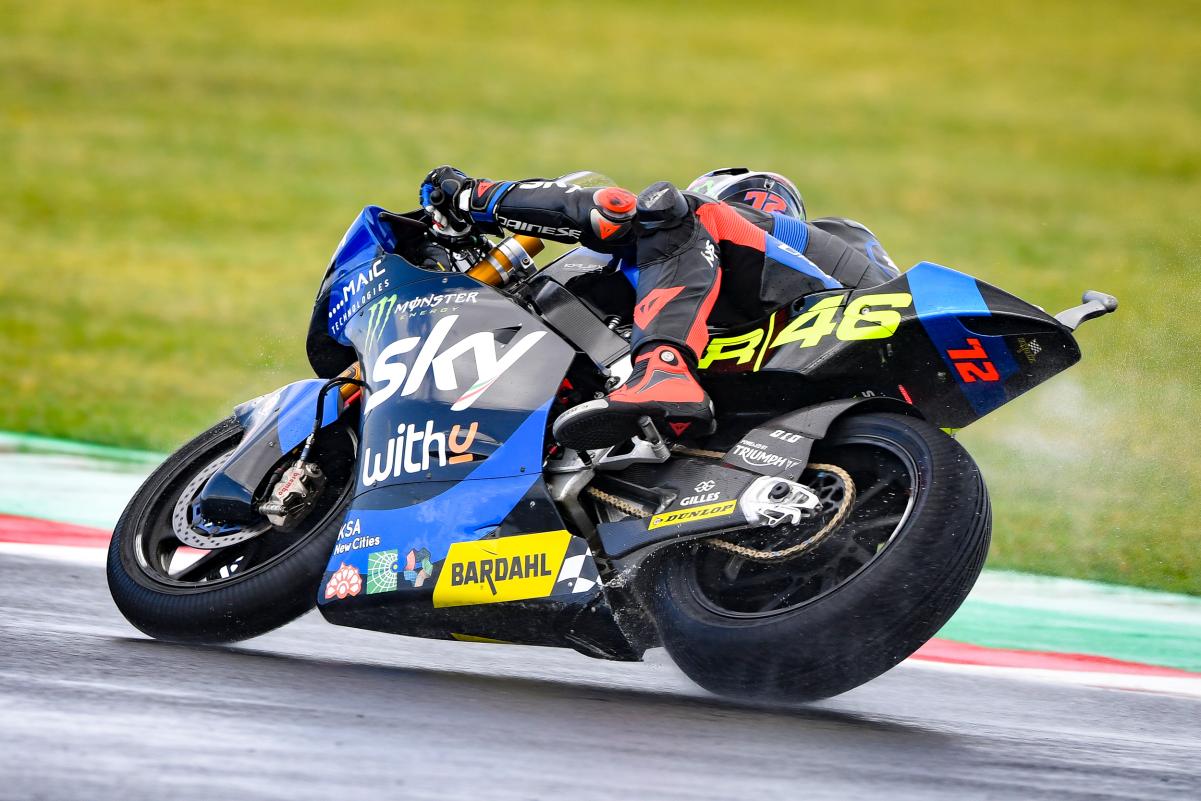 The announcement of next year’s Moto2 squads reveals that Yamaha’s mooted junior team will indeed happen, with the Iwata marque listed alongside VR46 on another entry.

Those two squads are among the 15 which Dorna Sports has accepted for the 2022 intermediate class season, with the same number also set to populate the Moto3 grid.

Most notable on the Moto2 entry list are arguably ‘Aramco VR46 Team’ and ‘Yamaha VR46 Master Camp Team’, the latter of which already exists in Europe’s CEV competition which feeds into Moto3.

Aramco is the state-controlled oil company of which Prince Abdulaziz bin Abdullah Al Saud, the front man for the apparent partnership with VR46, is an owner.

It was His Royal Highness’ holding company, Tanal Entertainment Sport & Media, which announced in late-April that Rossi’s team would step up to MotoGP as an entrant in its own right in 2022.

However, it took less than 24 hours for the purported title sponsor of ‘Aramco Racing Team VR46’ to deny knowledge of the deal, and little has been clarified since.

In recent weeks, Tanal has scheduled at least three media appointments regarding or related to VR46, yet missed all of them, with the Prince citing government red tape as the reason for one of those no-shows.

Rossi said that frequent questions about the project were a “distraction” from his riding, when questioned at last weekend’s San Marino Grand Prix about when VR46 would confirm its naming rights sponsor and riders for the Ducatis it will field in 2022.

At a function that weekend he did, however, name “Luca [Marini] and [Marco] Bezzecchi with the Ducatis” as two of four VR46 academy riders in MotoGP next year, although no formal press release has yet been issued.

There was also a report from Italy in August claiming that Rossi was in talks to sell the team to the Saudis, a prospect which he denied.

The retiring champion has nevertheless stated repeatedly that he is not across the detail of the project, instead leaving it to his management team.

However, the release of the Moto2 entry list suggests that VR46 has not given up on the Saudi partnership, despite the mystery.

The Yamaha tie-up, on the other hand, appears far more solid, even if Rossi was also somewhat hazy about it last weekend at Misano.

The two parties are already together in the FIM CEV Moto2 European Championship in an entry known as the ‘VR46 Master Camp Team’, while the ninth edition of the Yamaha VR46 Master Camp wrapped up at the VR46 Motor Ranch last month.

For the Iwata manufacturer, such a move into Moto2 gives it a structure similar to that which has yielded KTM several promising talents in recent years.

Marc VDS will continue to field Sam Lowes but also welcomes Tony Arbolino from Intact GP, while last-start podium finisher Aron Canet and Jorge Navarro are also high-profile riders on the move, both to Pons (listed below as ‘Flexbox HP40’).

There will be an Australian presence in Moto3, with Joel Kelso landing a full-time seat at CIP after two starts as an injury replacement this year.

All teams in Moto2 and Moto3 will field two riders each, making for 30 regulars in both classes.

The next round will be held at the Circuit of The Americas on October 1-3 (local time).