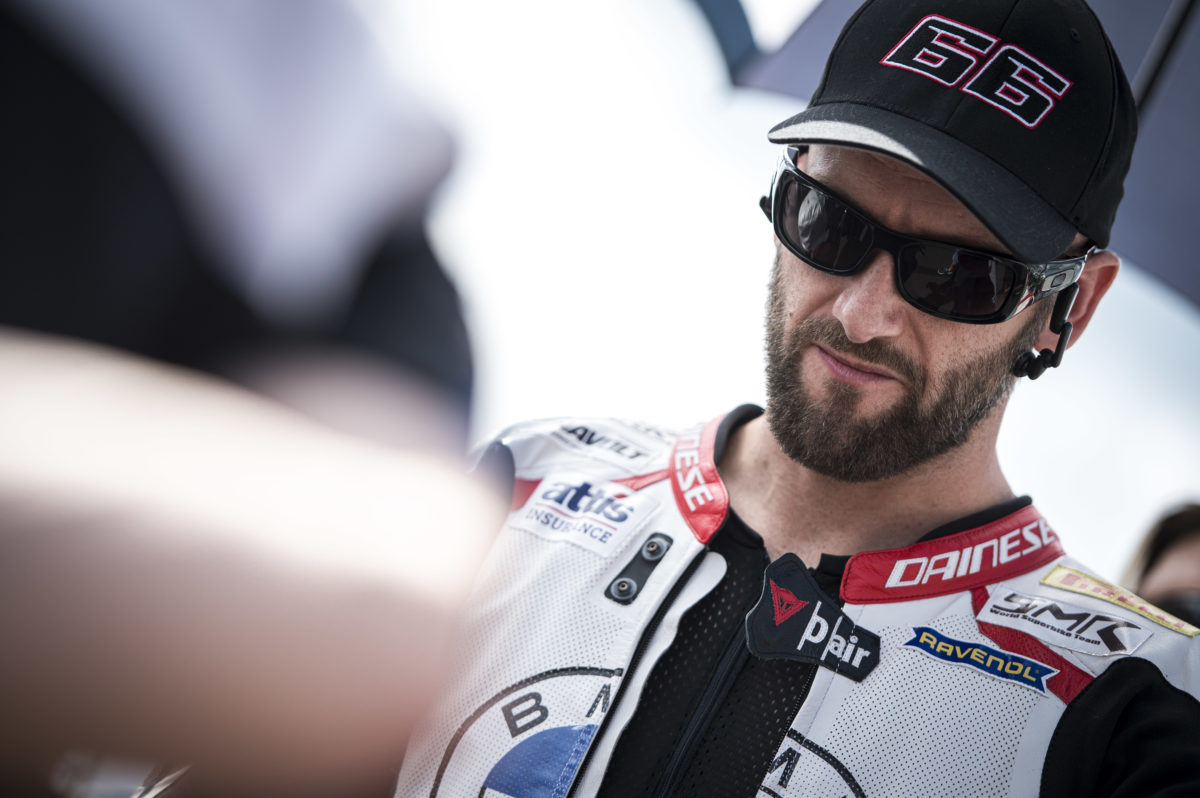 Tom Sykes will miss this weekend’s Spanish Round of the Superbike World Championship due to concussion.

Sykes was diagnosed with concussion at the Circuit de Barcelona-Catalunya medical centre after a clash with Lucas Mahias in Race 2 last weekend.

His BMW Motorrad WorldSBK Team then advised that, following checks at a nearby hospital, he was found to have suffered “severe concussion”.

The Brit was released from hospital on Tuesday after two nights of observation, at which time no call had been made on whether or not he would ride this weekend at Jerez.

Eugene Laverty has now been named as his replacement for Round 10 of the season.

“BMW Motorrad WorldSBK rider Tom Sykes (GBR) will not participate in the coming round of the FIM Superbike World Championship (WorldSBK) at Jerez de la Frontera (ESP) this weekend,” read a team statement.

“The decision has been taken in light of the injury he suffered in the accident in last Sunday’s race in Barcelona (ESP). Sykes will now fully focus on his recovery in order to be ready for the following round at Portimão (POR).

“At Jerez de la Frontera, BMW factory rider Eugene Laverty (IRL) will stand in and line up for the BMW Motorrad WorldSBK Team.

In other WorldSBK news, three-time championship runner up Chaz Davies has announced his retirement at season’s end.

Davies will, however, also sit out this weekend’s round having suffered two broken ribs in a crash also involving Mahias at Catalunya.

Taking his place at the satellite GoEleven Ducati team will be Loris Baz.

Kawasaki’s Alex Lowes will attempt to press on despite sustaining a broken hand in yet another incident last weekend.

The Brit went down in the pack at the first corner in Race 2, before he was struck by Lachlan Epis when the Australian debutant was unable to avoid him.

Epis makes his second round start this weekend with the Pedercini Kawasaki team.