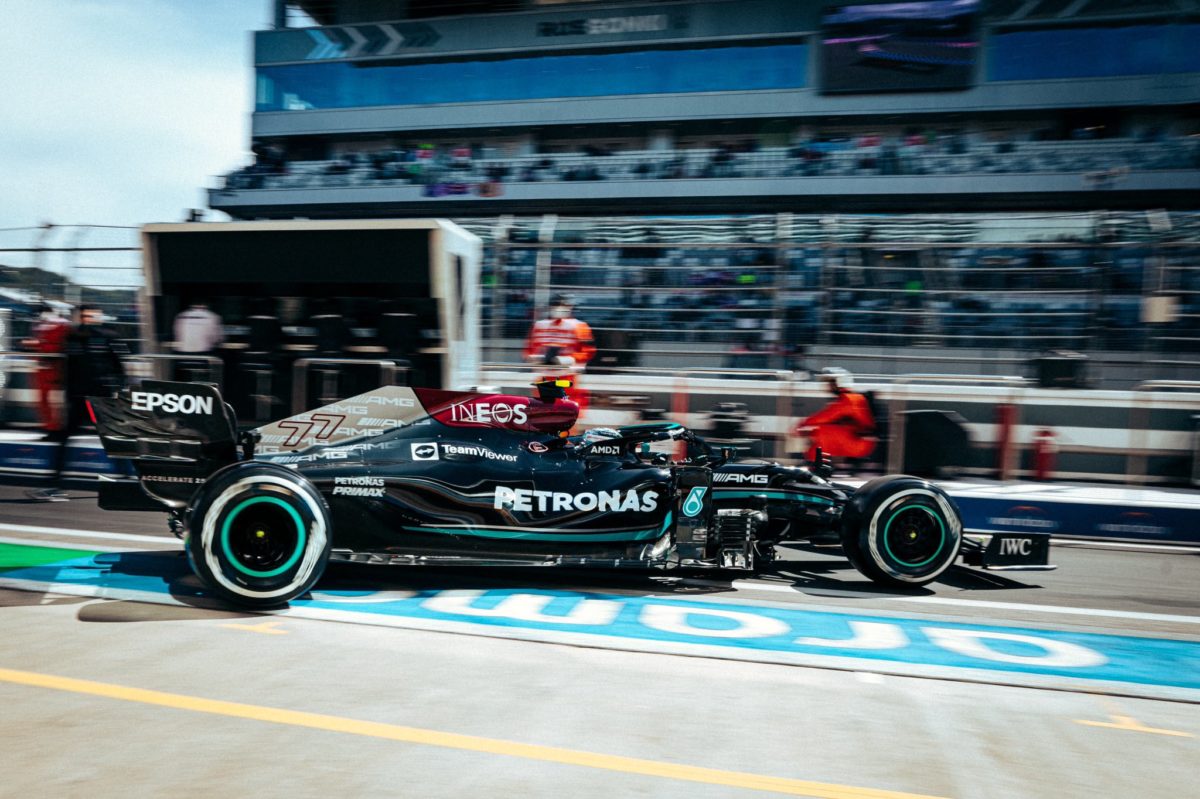 The Finn headed a Mercedes one-two, Lewis Hamilton 0.2s down on his team-mate with Max Verstappen just 0.01s slower in third.

It was a comparatively busy start to proceedings with all but Verstappen on track inside the opening 10 minutes.

Charles Leclerc, who will cop a grid penalty this weekend due to a new power unit in his Ferrari, headed proceedings early on a set of soft tyres.

Verstappen’s early laps were completed on the soft compound rubber, recording a best of 1:37.367s to sit seventh best approaching 15 minutes into the session.

It preceded a switch to the soft tyres for Mercedes, with both Bottas and Hamilton heading out on the red walled rubber.

Rain is predicted throughout Saturday, reducing teams’ need for the softest compound of tyre in qualifying.

Bottas promptly improved to 1:34.427s, a more than a second faster than Verstappen had managed.

With 23 minutes to run, a Virtual Safety Car was called when debris was spotted near the pit exit, though it’s interruption was comparatively brief.

Verstappen bolted on a set of new soft compound tyres for another flying lap simulation with 16 minutes remaining in the session.

A personal best opening to the lap was followed by a sessions-best middle sector, only to see him 0.227s shy of Bottas’ earlier effort to sit third best.

The time loss to the Mercedes came in the opening third of the lap, suggesting a higher downforce setup or lower engine mode for Red Bull.

In the closing minutes, Bottas and Hamilton swapped to the hard compound tyres, the order largely unchanged as focus switched to longer runs.

That resulted with a Mercedes one-two, Bottas over Hamilton with Verstappen third.

The Red Bull managed just 13 laps throughout the session, the fewest of anyone, with his car on stands as the chequered flag fell.

The field was covered by 4.5s, Mick Schumacher at the foot of the timing screens 0.4s down on Haas team-mate Nikita Mazepin.

Practice 2 is scheduled to get underway at 22:00 AEST this evening.