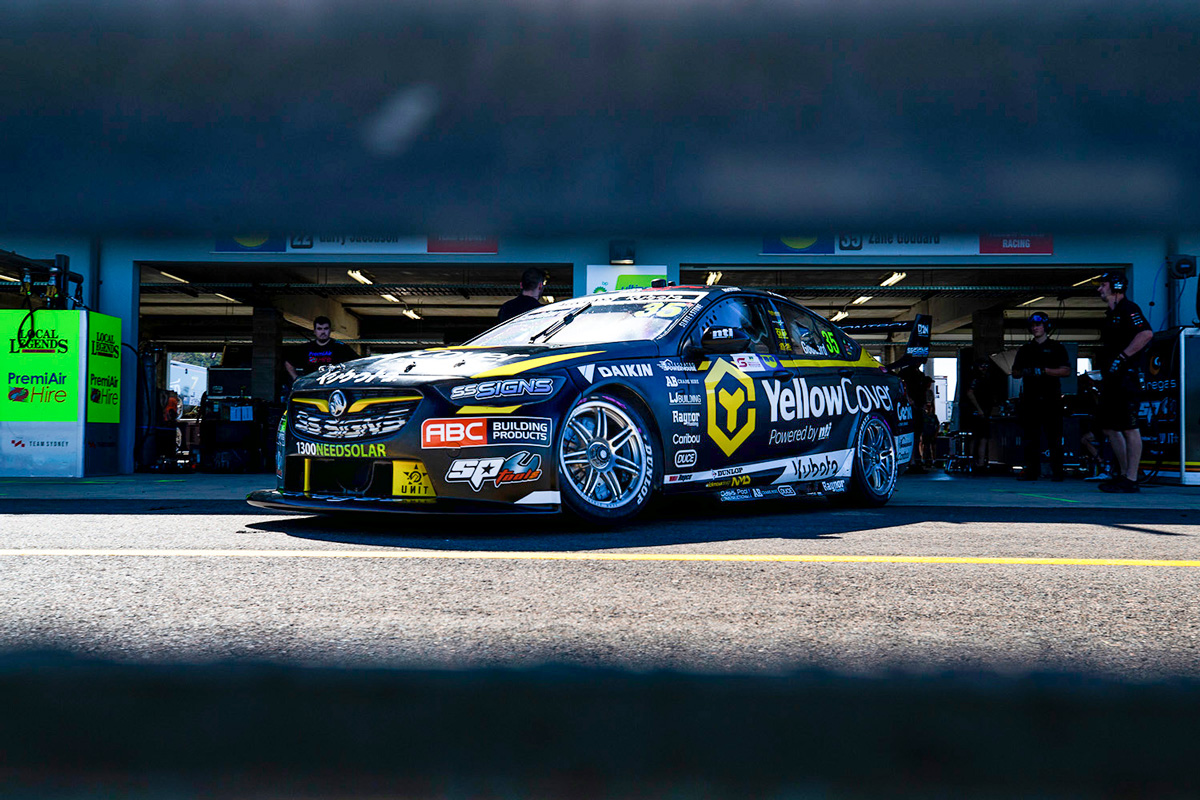 Zane Goddard is sure he can continue marching up the Repco Supercars Championship pecking order at Matt Stone Racing.

It brought modest results in 2020 and, combined with a tough season for the sister entry driven by Garry Jacobson, the Yatala squad ultimately finished the year as the lowest-ranked multi-car team.

That short-term pain has paid off this year though, MSR looking far more competitive with Goddard and Kostecki each having a ZB Commodore to themselves.

The duo are in fact exactly even on championship points after seven events – tied for 19th position – with Goddard having stolen the bulk of the limelight with some fine qualifying efforts.

The former European open-wheel racer nabbed a second-row grid slot at Symmons Plains and then made Top 10 Shootouts at Darwin and Townsville, albeit the latter ending in a crash.

Goddard praised the SuperLite campaign for better preparing him for his first full season.

“The one-lap speed has been good, it’s just a shame that the races haven’t really worked out,” he told Speedcafe.com. 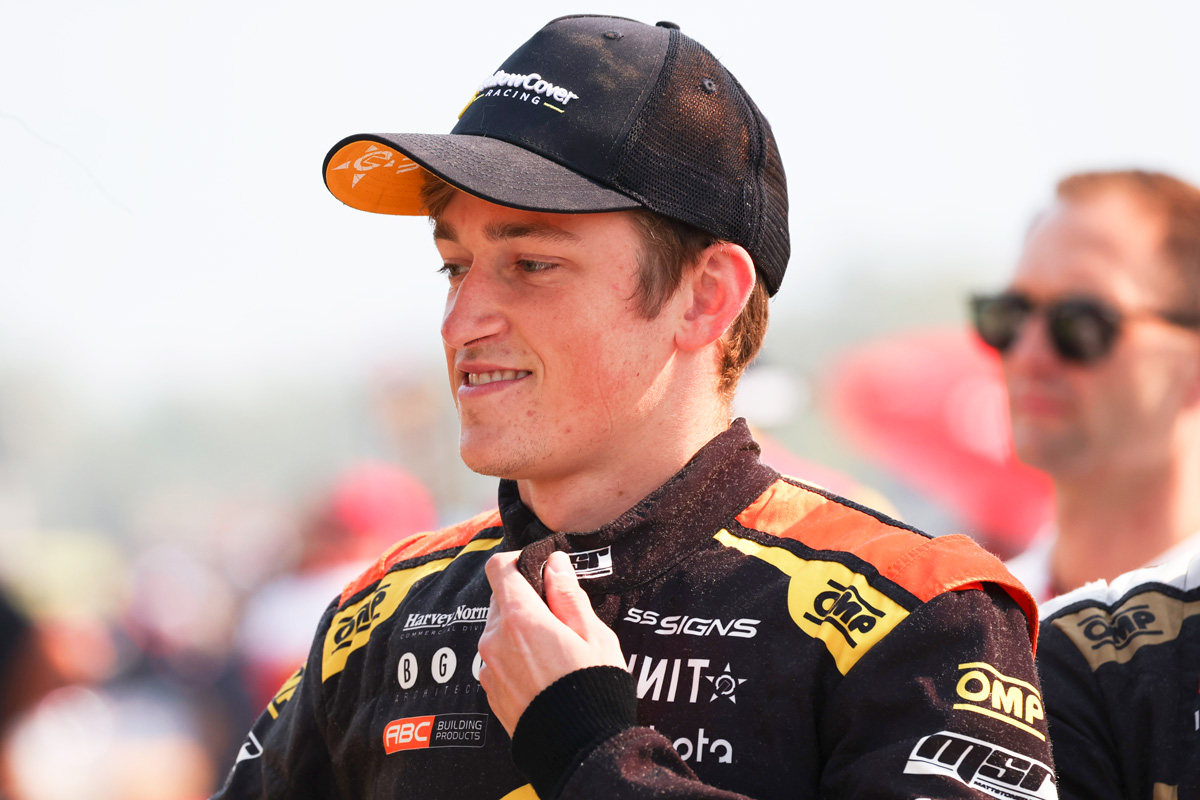 “The last two times I have gotten into Top 10 Shootouts it’s all been over at Turn 1 – obviously at Darwin there was that five-car crash in front of me and I had to bail off the track, and Townsville [I] got taken out at Turn 1 and the first lap I was like third-last.

“I think realistically if everything had gone right and we hadn’t had a little couple of mechanical failures, we’d be fighting for around 15th or 16th in the championship, I honestly believe that.

“I think we have just got to make sure we nail everything.

“It’s obviously really promising that the team has taken a big step forward compared to last year, like if you compare the results, it’s a big improvement.

“It’s just about making the most of these opportunities. I think we have let some good days get away from us just with certain things.

“A lot of the time it’s out of control but if we can just have a good run of that, we can have a strong second half of the season.”

Neither Goddard nor Kostecki has re-signed for 2022 at this stage, with some figures in the paddock believing the former could be a factor in the silly season.

All indications from both drivers and MSR have, however, pointed towards continuing their relationships for another year, and Goddard believes there’s plenty more to achieve together.

The 21-year-old believes an ascension towards the championship’s top 10 is within reach the longer relationships are developed. 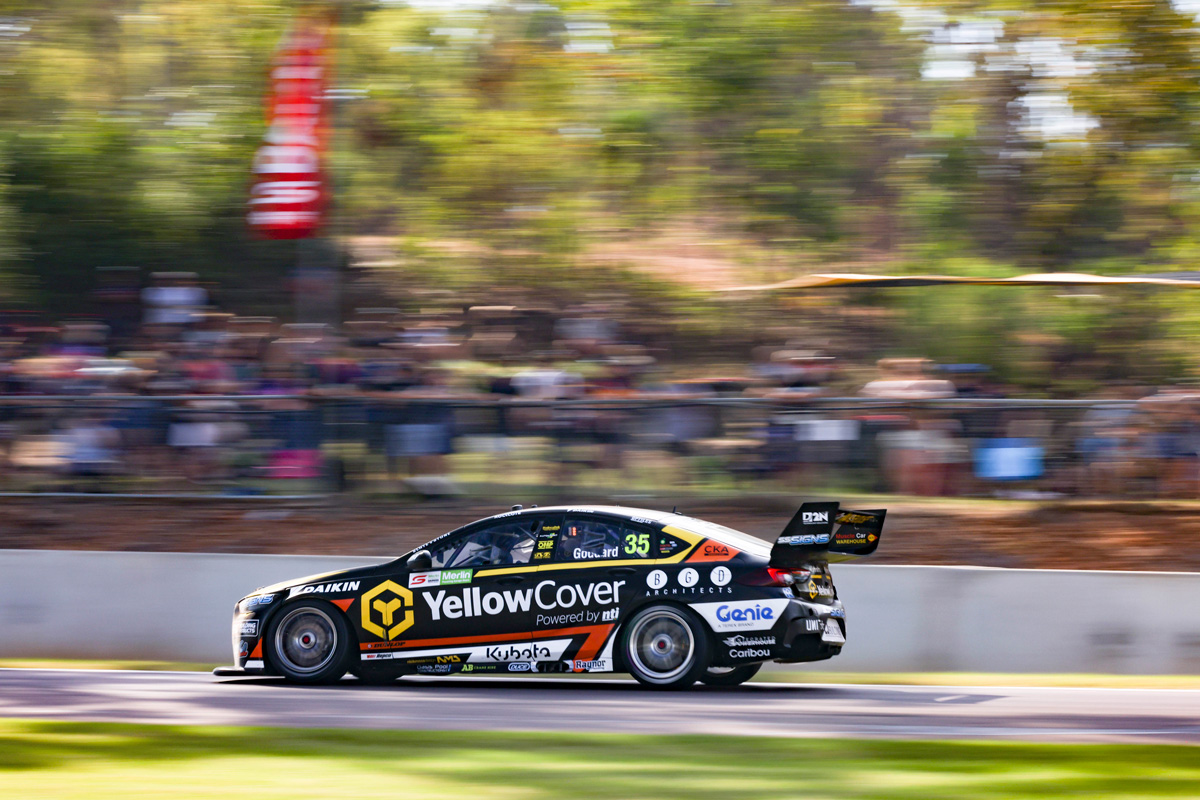 “I think a few things, like obviously this year we had a fairly big shake-up in the engineering line-up and while we’d had some really strong results, there’s still a lot of stuff to get used to,” he said of what’s needed to move further forward.

“Obviously it’s [Goddard’s race engineer] Jack [Bellotti’s] first year, he has been doing an awesome job but he’s got a lot of work to do: he’s the only full-time race engineer in the team so he’s a busy man.

“There’s a lot of new faces, which also includes me and Jake, we’re still quite new to the category, so I think as everyone finds their feet that will be a big step forward for the whole team even in just being more consistent.

“At the moment we get those glimmers of hope – that’s where we want to be consistently. So there’s a few different things.

“If you look at the main teams, they’re always developing stuff but the things that they’re really good at is their procedures and always getting on top of everything.

“It’s very rare that you see them finish a session and be like ‘the tyres weren’t in, they weren’t phased properly’, where a team like us at the moment, sometimes we nail it, sometimes we don’t.

“So it’s just about getting those procedures; once that sort of happens I think the results will come hand-in-hand with that.”

MSR is the only team yet to announce its 2021 Bathurst 1000 co-drivers, although Kurt Kostecki is in line to partner brother Jake, while Jayden Ojeda is the frontrunner to join Goddard in the Yellow Cover #35.