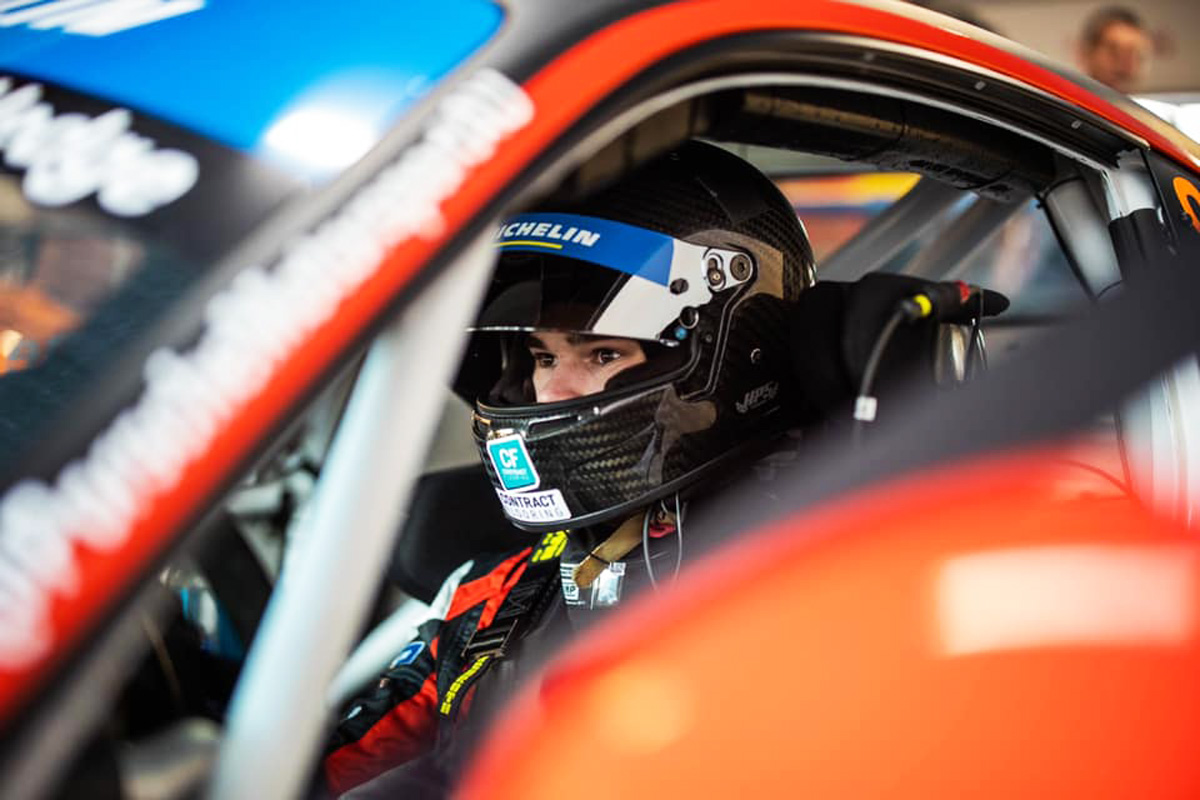 That move has paid off handsomely, with Payne taking two pole positions and a race win from the three rounds held thus far in 2021.

Such an impression he’s made, Payne has been signed to a multi-year deal by the Grove Junior academy and is Grove Racing’s out-and-out plan A for the Supercars seat Andre Heimgartner will vacate at season’s end.

But that’s not going to put a halt to EBM’s Carrera Cup efforts, with Callum Hedge shaping as a readymade replacement.

Hedge is one of two EBM drivers in the second-tier Porsche Michelin Sprint Challenge – the other being Madeline Stewart – and has taken little time to get up to speed.

The 17-year-old won Race 2 of the season and has only missed the podium once in five races.

“Callum is a huge talent,” Bamber told Speedcafe.com, prior to Payne’s deal with Grove Junior being announced.

“I mean he has already been on the podium quite a few times in the Cup Challenge races. His wet race at Phillip Island was incredible.

“So we see him as a big talent; obviously he’s younger than Matt as well so he’s at a little bit of a different stage in his career but he is someone who could take over the role of Carrera Cup next season and definitely be challenging for wins and podiums.

“He also, I think, has a very, very bright future in the sport.”

Thus far, Bayley Hall is the only driver to have officially committed to the 2022 Carrera Cup Australia season, which will feature the new Porsche 911 GT3 (Type 992).