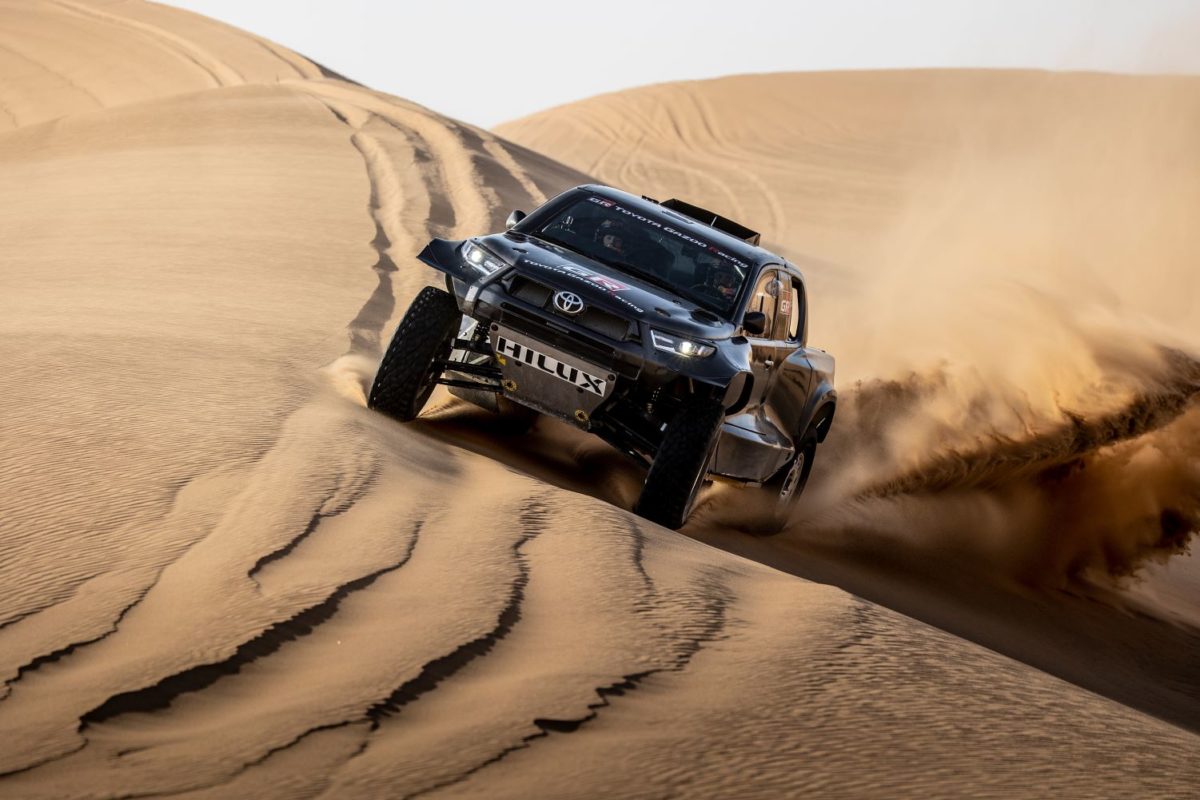 Toyota Gazoo Racing has revealed its all-new Hilux, as well as its four crew pairings, for next year’s Dakar Rally.

Nasser Al-Attiyah and navigator Matthieu Baumel, who won the event in 2019 for Toyota, continue to spearhead the South African-based programme.

They will be joined by Giniel de Villiers/Dennis Murphy, Henk Lategan/Brett Cummings, and Shameer Variawa/Danie Stassen.

What is officially known as the Toyota GR DKR Hilux T1+ has been built to the new-for-2022 T1+ regulations which are aimed at bringing two- and four-wheel-drive cars’ performance into line.

While the Japanese marque’s new weapon shares components with that which debuted in 2018, the revisions are significant.

Under the bonnet, the naturally-aspirated 5.0-litre petrol V8 from Lexus has been replaced with the 3.5-litre twin-turbo petrol V6 that comes from the all-new Land Cruiser 300.

That change will save the Toyotas both in weight and fuel consumption, areas where the X-Raid Mini buggies had an advantage.

Furthermore, the 32-inch tyres with 245mm of tread have been switched for 37-inch hoops with 320mm of tread, and the Hilux boasts more suspension travel now that the limit has been upped from 280mm to 350mm. Team principal Glyn Hall said, “We are very pleased to announce a team that is very similar to last year.

“With Nasser and Giniel heading up our attack, and Henk gaining confidence, we are excited to take on the 2022 edition of the Dakar Rally.

“Our new GR DKR Hilux T1+ is progressing well, and we are confident that the new car will allow us to compete on a new level, come January.”

Al-Attiyah/Baumel finished second in the 2021 Dakar Rally, after which the Qatari driver asserted that the regulations were such that competing against the buggies was like having four fingers instead of five.

The 2022 event again takes place entirely within Saudi Arabia, with scrutineering commencing on December 30, 2021 and the Prologue to be held on New Year’s Day.