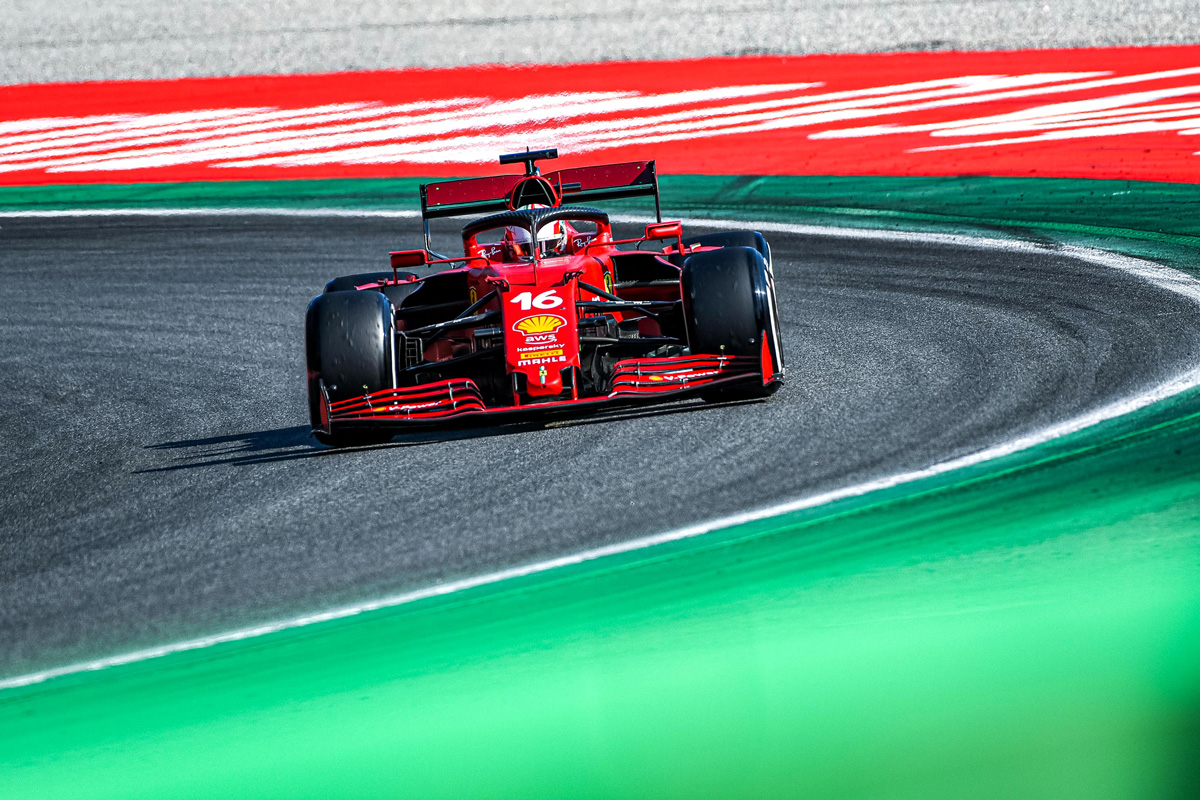 The new unit involves an updated hybrid system and a small gain in horsepower.

It will however come with a grid penalty, forcing the Monegasque driver to start Sunday’s race from the back row.

Ferrari team-mate Carlos Sainz will get the new power unit at a to-be-confirmed grand prix to come.

“Its main purpose is to gain experience for the 2022 car project,” Ferrari confirmed in its Russian Grand Prix preview.

“A great deal of effort has gone into this, both technically and logistically, and so as to be able to use it as soon as possible, its introduction will be staggered between the drivers.

“Charles will be the first to have the new hybrid system.

“This decision is a precautionary measure relating to the potential risk of using the battery pack damaged in his Hungarian GP accident.

“In Sochi, Leclerc will have a brand new power unit and will therefore start from the back of the grid.

“As to when the updated hybrid system is fitted to Carlos’ car, that will be decided following an evaluation of the right compromise between competitiveness and the impact of the penalty.”

While a short-term hit in the form of a grid penalty, the horsepower increase could be vital in Ferrari’s battle with McLaren for third in the constructors’ championship.

McLaren snatched the upper hand courtesy of its stunning one-two result at Monza earlier this month, now sitting 13.5 points ahead of Ferrari.

Joining Leclerc in carrying a grid penalty into the Sochi race is championship leader Max Verstappen, who’ll start three positions lower than he qualifies following his part in a controversial collision with Lewis Hamilton in Italy.