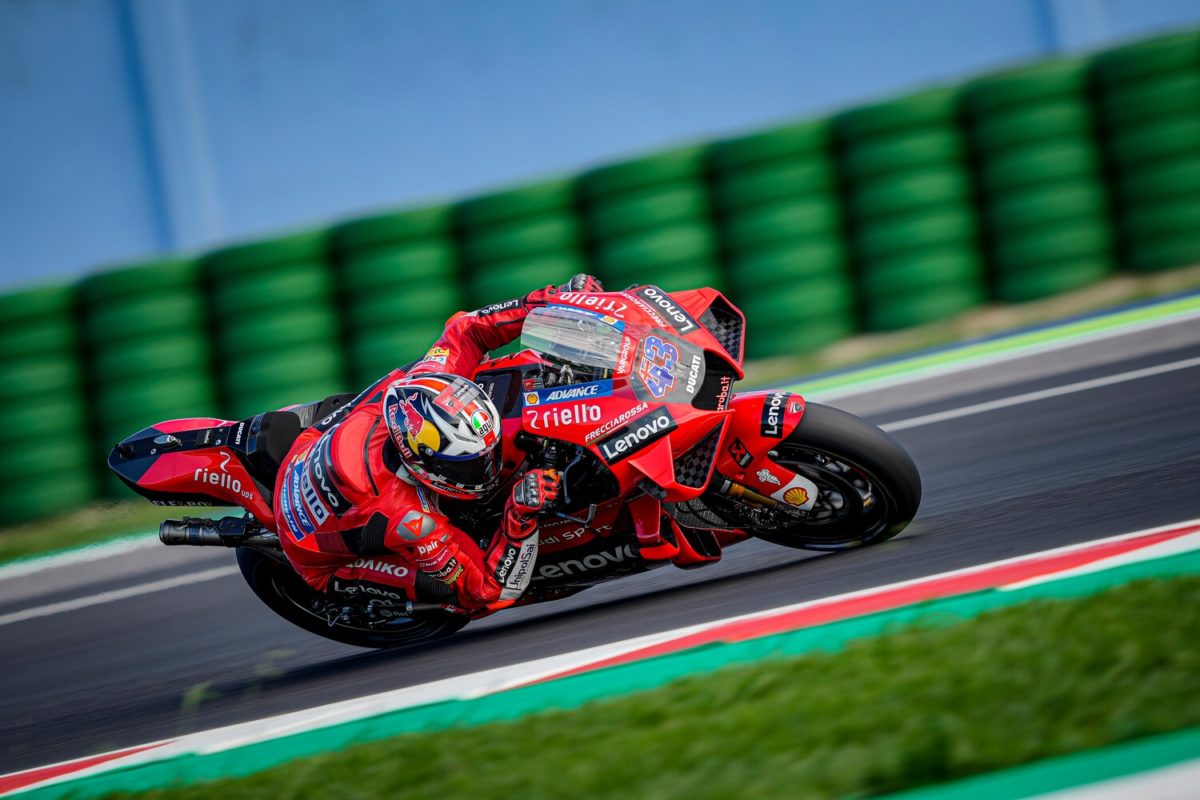 Jack Miller has hailed the Misano MotoGP test a positive for him and Ducati for not only 2022, but the remainder of the current season.

That result saw Bagnaia draw closer to Fabio Quartararo at the top of the championship points table, and the Italian was also fastest across the test courtesy of a 1:31.524s on Day 1.

While such a test would normally see a heavy focus on the following season, as was indeed the case, Misano will host a second MotoGP round this year, just over four weeks from now, as a replacement for the Malaysian Grand Prix.

It therefore takes on greater significance than usual for the run home, as championship longshot Bagnaia seeks to overhaul Quartararo’s sizeable lead and his Australian team-mate tries to move up to third in the standings, from fifth.

Miller, who was fifth-fastest on Day 2 of the test and sixth-fastest overall, said at its conclusion, “Really positive couple of days for us here.

“Plenty of items to test, we’ve been very busy, a lot of laps done.

“Really happy with how everything’s going, even down to just my race bike, just the consistency we’ve got out of it, and a few little things we’ve been wanting to try over the last couple of grands prix; we just haven’t had enough time.

“As you saw, [we tested] the fairing and a few other different things, so definitely enough to keep me going and keep me busy as a rider, trying to decipher it all.

“But no, really good, and I think working in a positive direction towards next year.”

Ducati rolled out two new front aerodynamic packages, one being similar to the 2021 version and the other featuring a winglet split into two elements.

“[It is] still early days, so for sure there’ll be some development done on those variations and we’ll have to try it again I’d say at Jerez [post-season test] at the end of the year,” explained Miller regarding the fairings.

“[All] in all, very positive couple of days. Even yesterday [Day 1], with the wet start, we were able to get a lot of laps in, in the afternoon, and today’s been fantastic.

“[It was] really consistent, really good weather, perfect for testing, so we can’t complain at all.

“I think the boys have got plenty of data to decipher now and make sure I’m not lying, and we’ll go from there.”

“So, we are quite happy about the results, the answers of the riders, so we are confident that we will have good improvements for next year.”

Round 15 of the season is the Grand Prix of The Americas on October 1-3 (local time), three weeks before another round at Misano.