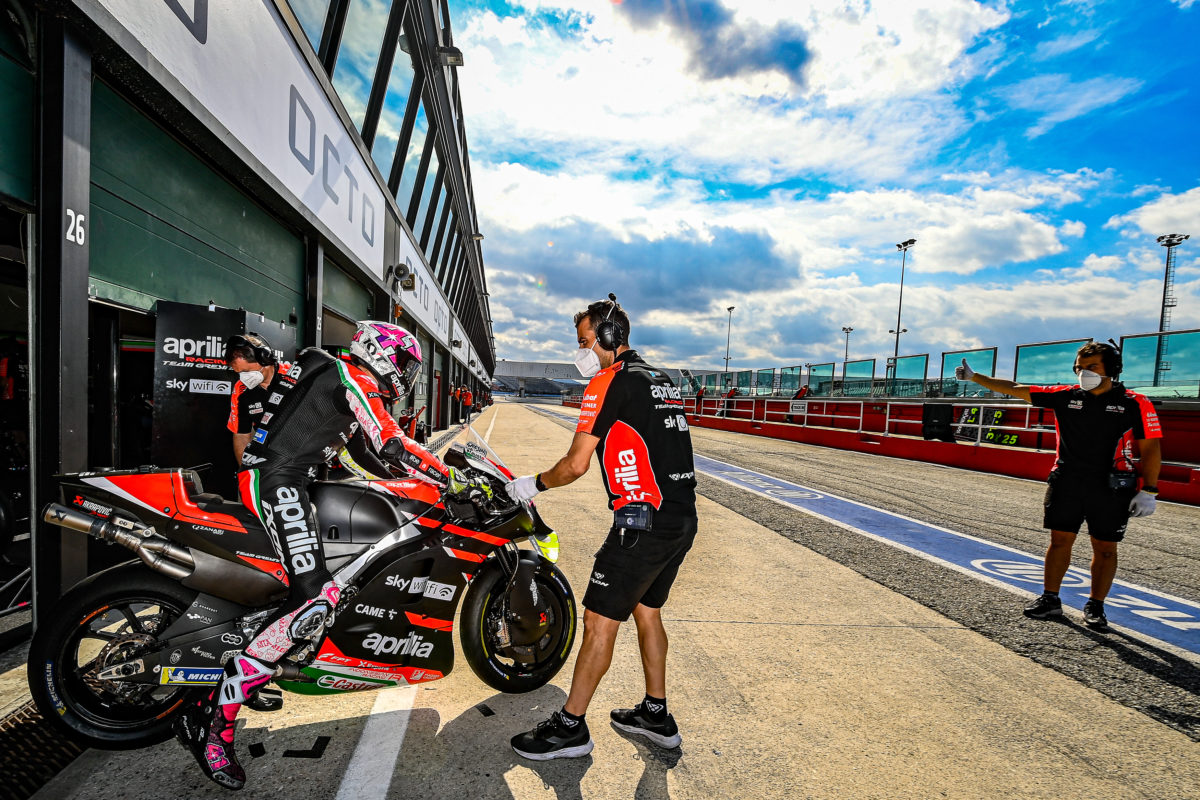 Aprilia Racing Team Gresini’s Aleix Espargaro has set the pace on the second and final day of MotoGP’s Official Test at Misano.

Espargaro was fastest in the morning session with a 1:31.599s, and then again in the afternoon when he eventually got down to a 1:31.584s.

The Ducati Lenovo Team’s Francesco Bagnaia was thus fastest for the test overall with a 1:31.524s on Day 1 and, despite not running in the latter afternoon session, was second-quickest on Day 2 with a 1:31.664s.

While the Moto2 front-runners had initially been promised half a day each, they ended up taking over the bikes of incumbents Danilo Petrucci and Iker Lecuona completely.

Aleix Espargaro worked with new aerodynamics and other new parts for 2022, when Aprilia takes its team in-house, while new team-mate Maverick Viñales pounded out 100 laps, his best of which was a 1:32.002s which was good enough for eighth on the day.

Mir and Alex Rins tried a new Suzuki chassis with a carbon bond at the top, the former lapping as quickly as a 1:31.707s, with the Hamamatsu marque also testing its 2022 engine again.

Once again, Honda was a talking point due to new bikes.

After the older Marquez brother and test rider Stefan Bradl rolled out with a significant evolution of the RC213V on the Tuesday, Pol Espargaro piloted that model on the Wednesday.

Marc Marquez, however, was on another new bike again, in addition to cutting laps on a new bike with the aerodynamic package which was introduced midway through the current season.

Brother Alex, who wound up 13th, experimented with weight distribution on his Castrol LCR Honda entry, according to team boss Lucio Cecchinello.

There was slight drama for Enea Bastianini, who crashed on each day and sat out the rest of the Wednesday due to the latter of those spills.

Nevertheless, the Avintia Esponsorama Ducati rider, who finished on a podium for the first time in MotoGP just days earlier, is said to be OK.

Attention now turns to Round 15 of the season, the Grand Prix of the Americas, on October 1-3 (local time).