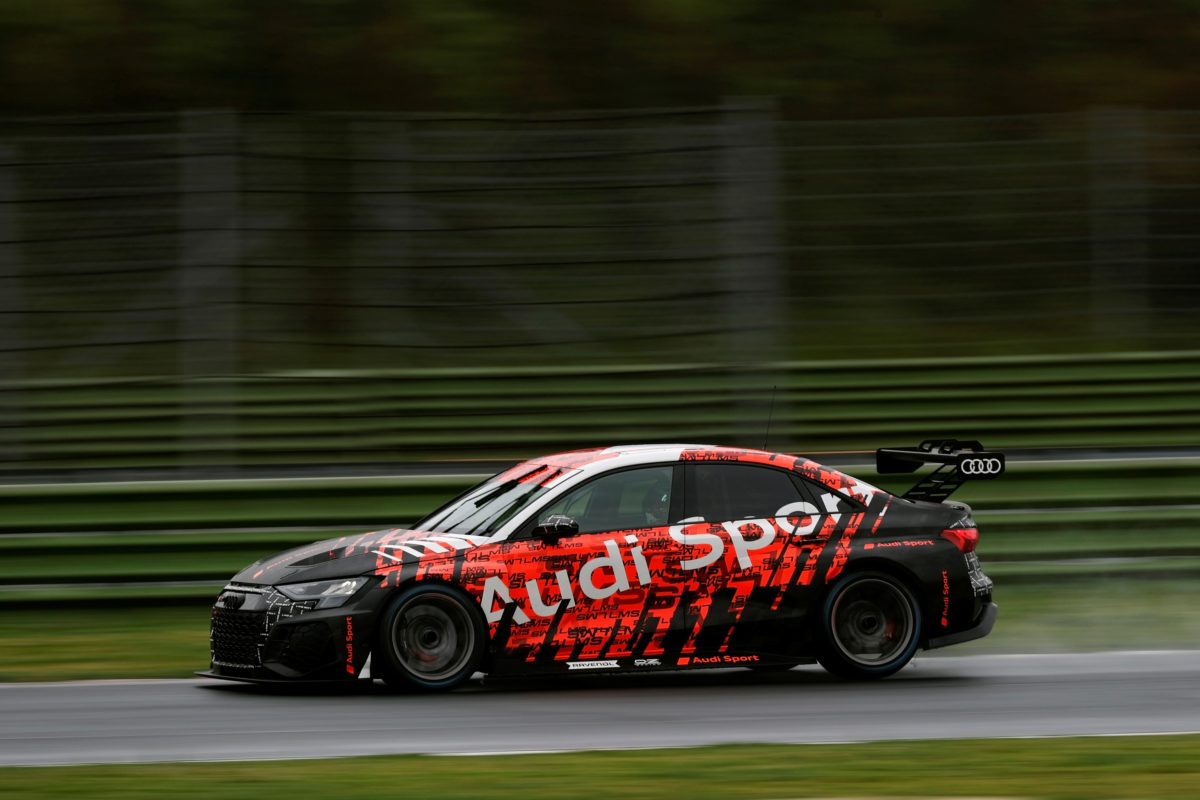 The latest RS 3 LMS TCR is an evolution of those which series leader Chaz Mostert and his nearest rival for the title, Luke King, currently drive out of MPC.

The squad is set to take delivery of at least one of the new models from early next year, and has now announced that Hanson will be behind the wheel of it in 2022.

“I’ve always liked the look of the Audi. I think it’s a tough, clean looking car,” said the 18-year-old.

“Hopefully it goes as well as it looks.

“For Melbourne Performance Centre to have its hands on another Audi is going to work great for the team and myself. They know those cars inside-out and back-to-front due to working with Audi Sport products for many years.

“I’m just keen to see what they can do with that little beast.

“The aim is to start the year off well, be consistent at the top end and see where we end in the later stages of the year.

“Hopefully we can get out in the Audi prior to the start of the season. I’m aiming to get as many miles as I can so I’ll be in full swing for when the season commences.

Hanson is currently undertaking his first season in touring car racing and sits 16th in the standings.

Having contested the opening four rounds with Ashley Seward Motorsport, it was announced in August that he had brought his Alfa Romeo across to MPC for the remainder of the season, although there has been no racing since then due to pandemic-related restrictions. Hanson took the chequered flag in third in the first race of the season but was subsequently relegated to seventh for contact with, ironically, future team-mate Mostert.

Officially, his best result to date is a fourth at Mount Panorama in April, but MPC boss Troy Russell believe he can flourish next year.

“Jay has plenty of potential as demonstrated during his first year in TCR,” said Russell.

“The Audi is a reliable and fast product, as we’ve seen with the current model, so it provides Jay with a great base to attack next season with.

“If Jay can stay composed and remain consistent, then there is nothing stopping him from being a contender next year.”

As it stands, the next scheduled racing for the Supercheap Auto TCR Australia Series is a return to Mount Panorama as part of the Repco Bathurst 1000 event on November 30-December 5, although it is understood that another round could be slotted in before then.

The new-model Audi has won two races in its debut, 2021 season in the WTCR – World Touring Car Cup and was recently opened up to customer orders.