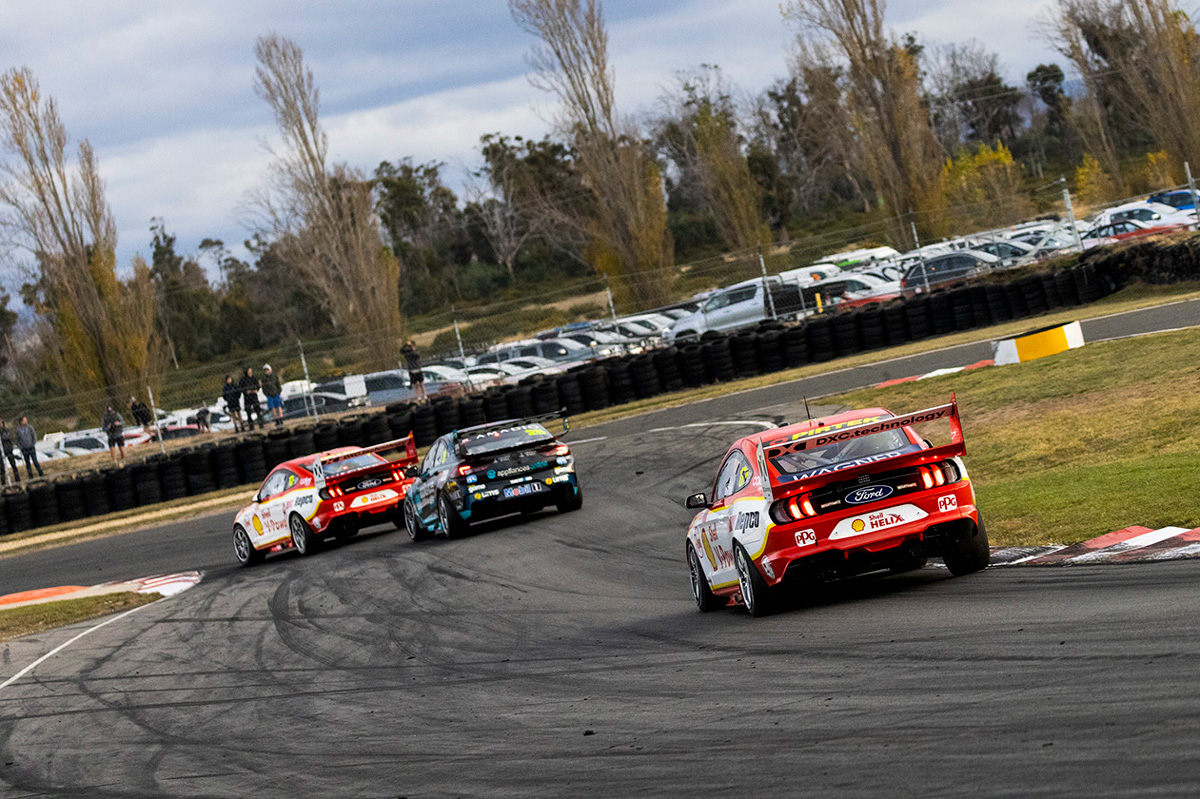 So far it’s been a season dominated by Red Bull Ampol Racing, with Shane van Gisbergen and Jamie Whincup heading a one-two in the standings.

Then you’ll find the Dick Johnson Racing duo of Davison and De Pasquale in fifth and sixth respectively.

While Davison holds the edge over his team-mate in the drivers’ championship, De Pasquale has had the measure in qualifying and the races.

However, he’s been let down by mechanical failures, pit stop problems, and a few mistakes of his own.

“There’s been times where the team has also let them down as well, it’s not just the drivers who have got the bad result. It’s a whole team game.

“A couple of pit stops, Anton stalled a few times, or whatever, that hurt. I think they’re doing a pretty good job.”

McLaughlin said he was particularly impressed with the team’s form at Mount Panorama.

The 2019 Bathurst 1000 winner noted that his Ford Mustang he raced in 2020 alongside co-driver Tim Slade wasn’t crash hot.

“At the start of the year they went to Bathurst, the car was a shitbox, it was very hard to drive, and they managed to put it on provisional pole and be right there or thereabouts,” he said.

“I think Will got two podiums. That was a good, strong start. Then they were going to tracks where we’ve been hopeless before. Unfortunately, they just got the bad end of the stick.

“Slowly they’ve got there. Darwin they were very fast, as they always are. Townsville was pretty strong and they’re building up to it.

“I think they’ve done a really good job in a season that’s been interrupted just as much as it was last year.

“It’s a tough thing for any new people going to any new team regardless of the experience level.”