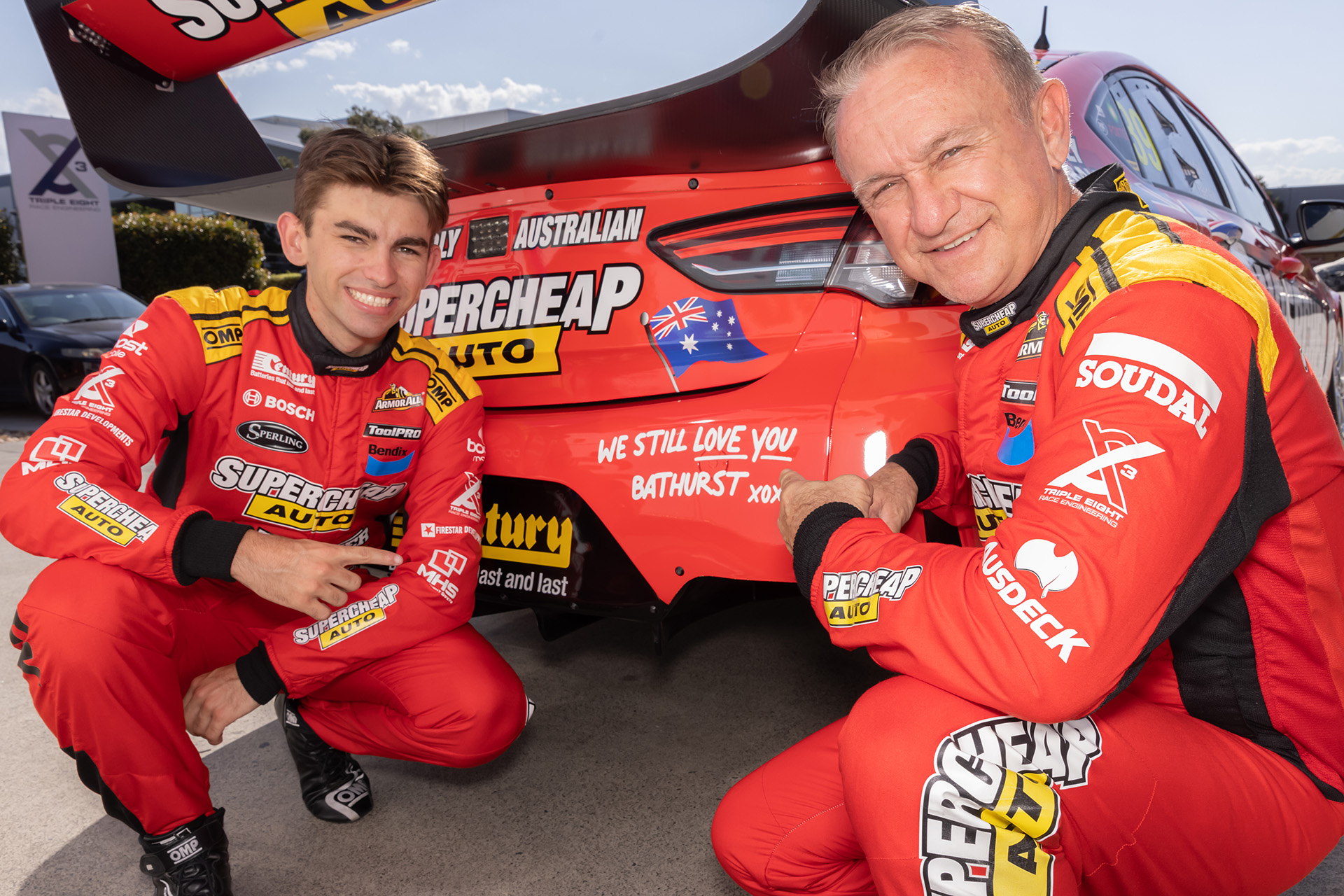 Broc Feeney and Russell Ingall have hailed Supercheap Auto’s commitment to Australian motorsport with the launch of their wildcard livery.

The pair will team up to campaign a Triple Eight Race Engineering-run Holden ZB Commodore in this year’s Repco Bathurst 1000.

It’ll mark the second time for Feeney in the Great Race while it’ll be the 26th time Ingall has competed in the famed endurance event at Mount Panorama.

Revealed this morning, the livery features the words ‘Proudly Australian’ across the bonnet and rear quarter panel, a gentle jibe after losing the event naming rights at the end of last year to an international rival.

“I think if there was any doubt about the passion Supercheap Auto and its people have for motorsport, they have all been erased today,” said Ingall.

“Supercheap Auto has always been proudly Australian and has been a part of so many people’s lives.

“I think the ‘Proudly Australia’ branding is perfect to carry on a car sponsored by Supercheap Auto which is an incredible Australian business success story.

“This whole exercise has seen a collaboration from so many people. All of them getting on with the job with a real Australian ‘can do’ attitude.

“I think the car will be one of the best looking race cars I have ever driven at Bathurst and I cannot wait to see the fans’ reaction.”

Supercheap Auto has had a long-standing presence in Supercars dating back some 23 years.

The automotive retailer was the naming rights sponsor of the Bathurst 1000 from 2005 and was Ingall’s primary backer from 2008 until 2013.

While it’s been a storied career for Ingall, team-mate Feeney’s story is only beginning.

The 18-year-old will go full-time in the Repco Supercars Championship in 2022 with Red Bull Ampol Racing.

Feeney said he was excited to see the Bathurst 1000 livery in the flesh.

“I really feel the passion for motorsport within the Supercheap Auto family and it’s pretty cool to be racing in these iconic colours at Bathurst.

“I think it will be one of the best looking race cars out there. Let’s hope it is one of the fastest as well.”

This year’s Bathurst 1000 takes place across a blockbuster six days from November 30-December 5.