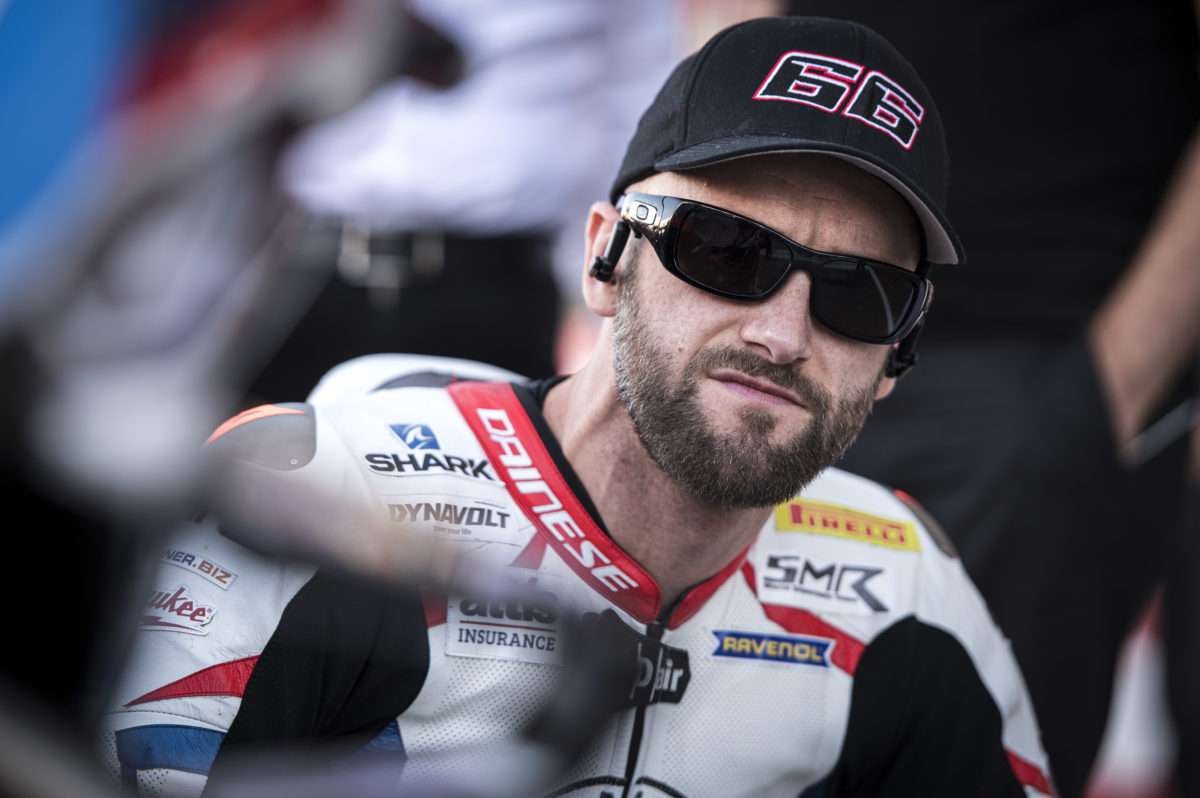 Tom Sykes suffered “severe concussion” in a crash at the Superbike World Championship’s Catalunya Round, his BMW Motorrad team has advised.

Sykes was involved in an incident with Lucas Mahias at Turn 1 on Lap 2 of Race 2 at the Circuit de Barcelona-Catalunya, which drew a red flag.

The Briton was conscious but diagnosed with a head injury and concussion at the circuit’s medical centre, before being transferred to hospital for further precautionary checks.

A subsequent statement from the factory BMW team has now advised that he suffered “severe concussion” but no further injuries have been determined.

Sykes remains under observation at the Hospital General de Catalunya but is expected to be able to leave on Wednesday, and is said to be in good spirits.

Whether or not he races in the Spanish Round this coming weekend at Jerez remains to be seen.

“He is in good spirits and is back to his usual self, cracking jokes.

“We are delighted that he has come through this accident relatively well. He remains under observation due to the severe concussion, but no further injuries have been determined.

“We now have to wait and see what this coming weekend will look like. We will provide more information as soon as we get it.

“We would like to thank the track marshals, the medical staff at the circuit and in the hospital, and everyone who helped Tom so well after his accident and who are continuing to help him.”

It was a dramatic weekend in general in the production-based category.

The Sykes-Mahias incident occurred exactly a lap after Kawasaki’s Alex Lowes had gone down in the pack and the rider himself was hit, at slow speed, by Australian debutant Lachlan Epis.

Lowes is also in doubt for Jerez due to a wrist injury while Epis was able to take the restart but ultimately had to retire due to the leathers which he had to borrow from Pedercini team-mate Loris Cresson being too small for him.

The Superpole Race earlier in the day was also restarted after a red flag period, and that too was due to a crash in which Mahias was involved.

It resulted in Go Eleven Ducati rider Chaz Davies suffering two broken ribs, and he is thus a chance of missing the next round as well.