Monza win as special to Ricciardo as Monaco 2018

Monza win as special to Ricciardo as Monaco 2018 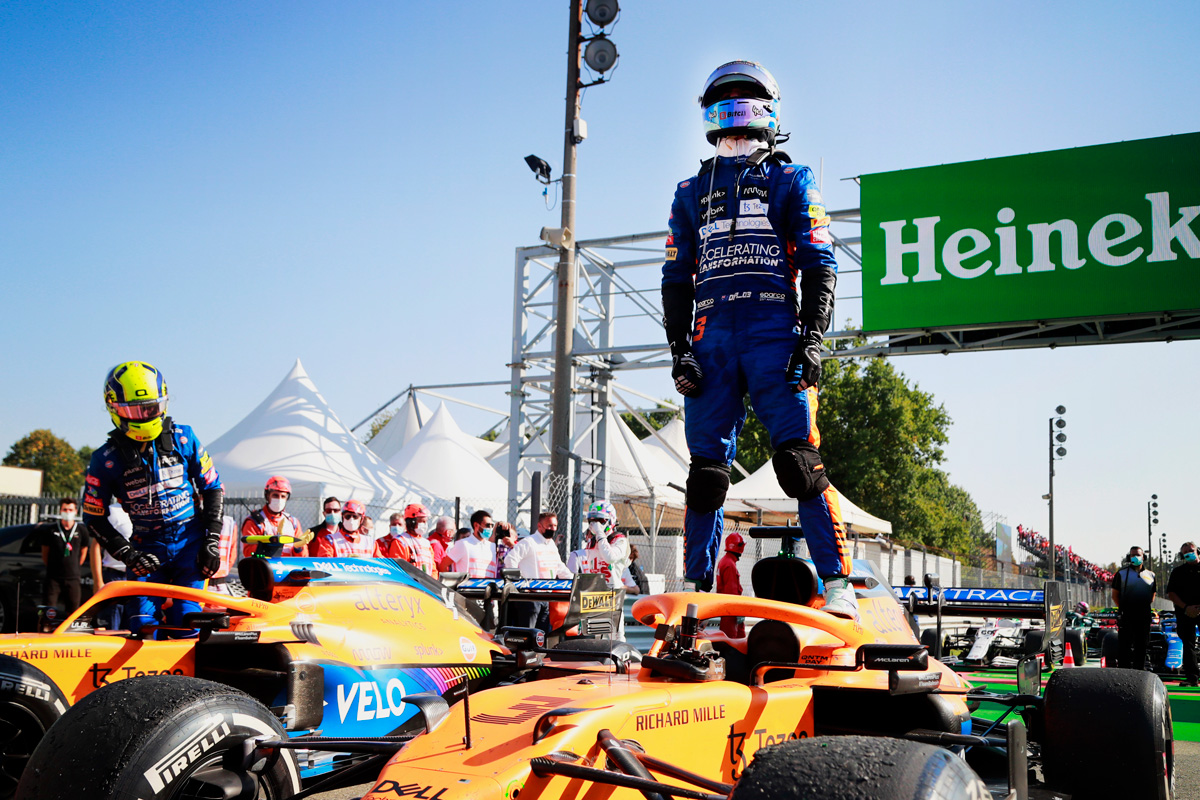 Daniel Ricciardo has hailed his Italian Grand Prix victory as special as any in his Formula 1 career.

The Australian admitted he never thought his triumph at Monaco in 2018 – two years after he was robbed of victory at the legendary street circuit by a disastrous pit stop – would never be matched.

He was wrong, it turns out.

Monza this month proved his first F1 win in three years and McLaren’s first since the 2012 finale at Interlagos.

“It was on a par with the high of Monaco 2018,” Ricciardo told McLaren.com when asked whether it was his most emotional win.

“I thought that win would never be matched because of the whole redemption thing after what had happened to me there two years earlier.

“But what I felt in Monza was as high as that. And I felt that high personally, but I also felt it with the people around me: everyone was just floating.

“I remember doing interviews and I was… I wasn’t really there at the time in some of them. It was wild.”

Once his post-race commitments cleared, he was straight on the phone to his parents, Joe and Grace, back in Australia.

“And I was like, ‘I wonder if they’re still awake…? They’re probably awake, they’re probably drunk, or their adrenaline is so high they can’t sleep.’ So I FaceTimed them and that was cool.

“It was cool just to see how excited they were at that moment because by the morning, naturally, a little bit of the emotion has fizzled out.

Straight after that call, I had a shower. And that was really the first moment I had to myself.

“Those five minutes were the chance for me to exhale and when I did, do you know what happened? I just giggled to myself. Simple as that. I just giggled.”

Having spoken of being kept up at night by his poor first half of the season, Ricciardo felt all weekend in Italy that something was brewing.

“Coming into the Italian Grand Prix, I was, and I know it’s easy to say it now but anyone who watched the weekend unfold will know, there was something about me that was kind of like a man possessed,” he said.

“And I don’t always show that in interviews but, behind closed doors, I was as hungry as I’ve been in a very long time. I realised early on that this weekend was an opportunity.

Sochi in Russia hosts the next round of the F1 world championship this coming weekend.