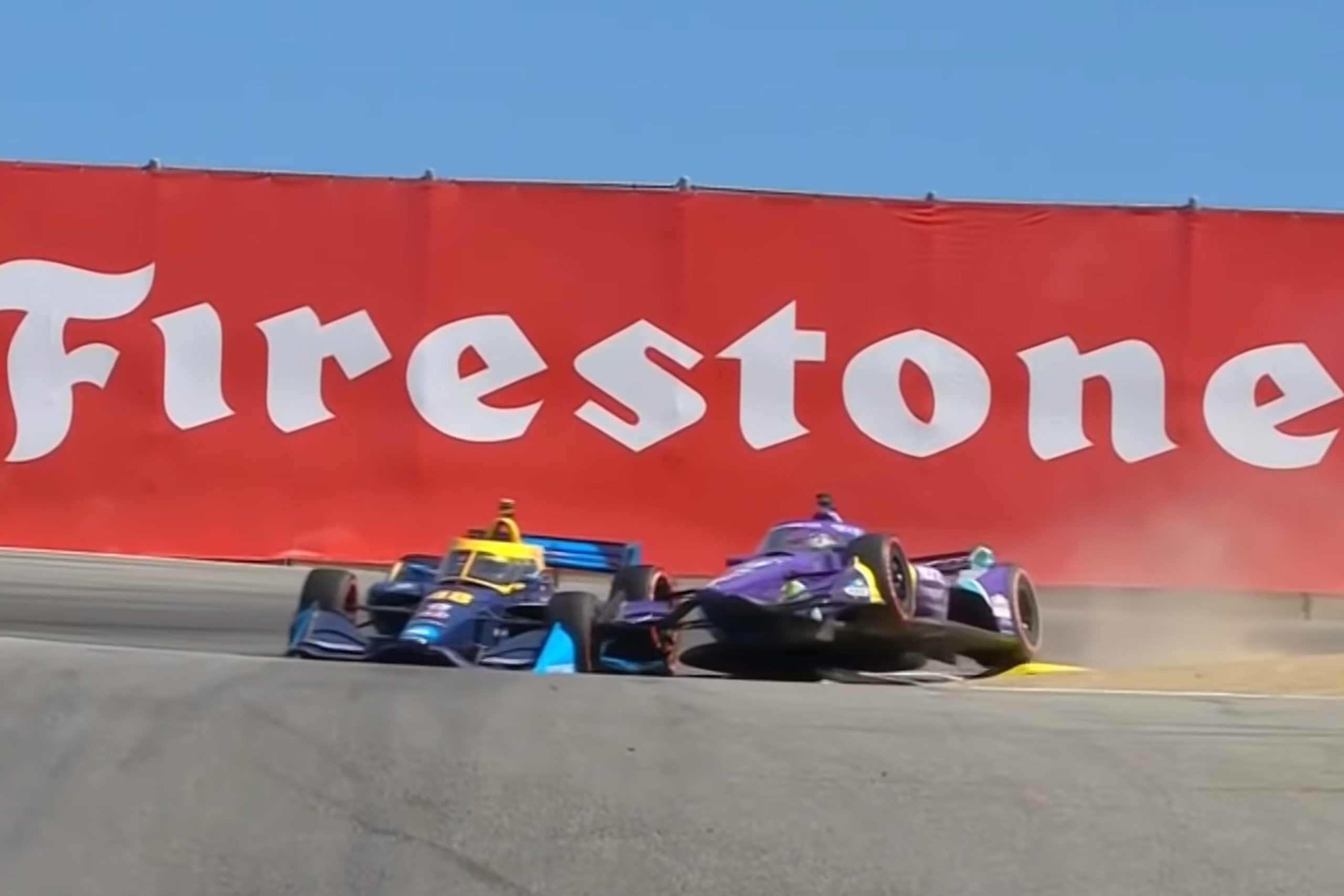 Romain Grosjean has likened his bold pass on Jimmie Johnson at Laguna Seca to that of the famous Corkscrew incident between Alex Zanardi and Bryan Herta of 1996.

Lying third, the Frenchman was chasing down second placed Alex Palou in the dying stages but had the Spaniard’s Chip Ganassi Racing team-mate Johnson – who was a lap down – in his way.

With seven laps to go, the ex-Formula 1 pilot dived to the inside on approach to the Corkscrew, locking the inside left front wheel before clobbering the kerb and getting his car airborne.

After the race, the first-year IndyCar Series driver drew a comparison to the iconic incident between Zanardi and Herta at the same corner.

In the final race of the 1996 IndyCar Series season, Zanardi famously chased down leader Herta and divebombed him into the Corkscrew.

Later dubbed ‘The Pass’, Zanardi nearly put all four wheels off into the dirt but was cast well wide of the apex as he straddled the asphalt runoff.

“I’m sorry we made contact with Jimmie,” said Grosjean.

“I was definitely going in. I think Jimmie probably didn’t see me. He was pushing hard to protect Alex from me, which is the game. So we made a bit of contact.

“Had a lot of passes on the corkscrew, which was good – felt a bit like Zanardi, which is not a bad thing.”

The 35-year-old said he had to nurse a vibration for the remainder of the race, noting that the incident could have been avoided had there been blue flags, which the series does not employ.

“There was a bit of vibration going on after the touch,” Grosjean explained.

“Again, I’m sorry for that one. It’s again the blue flag rules that some drivers have been complaining about.

“At one point there were three backmarkers between me and Alex. They’re not in the race, they shouldn’t be here.

“Let’s see what we can do and work on that. That will definitely avoid incidents like today.”