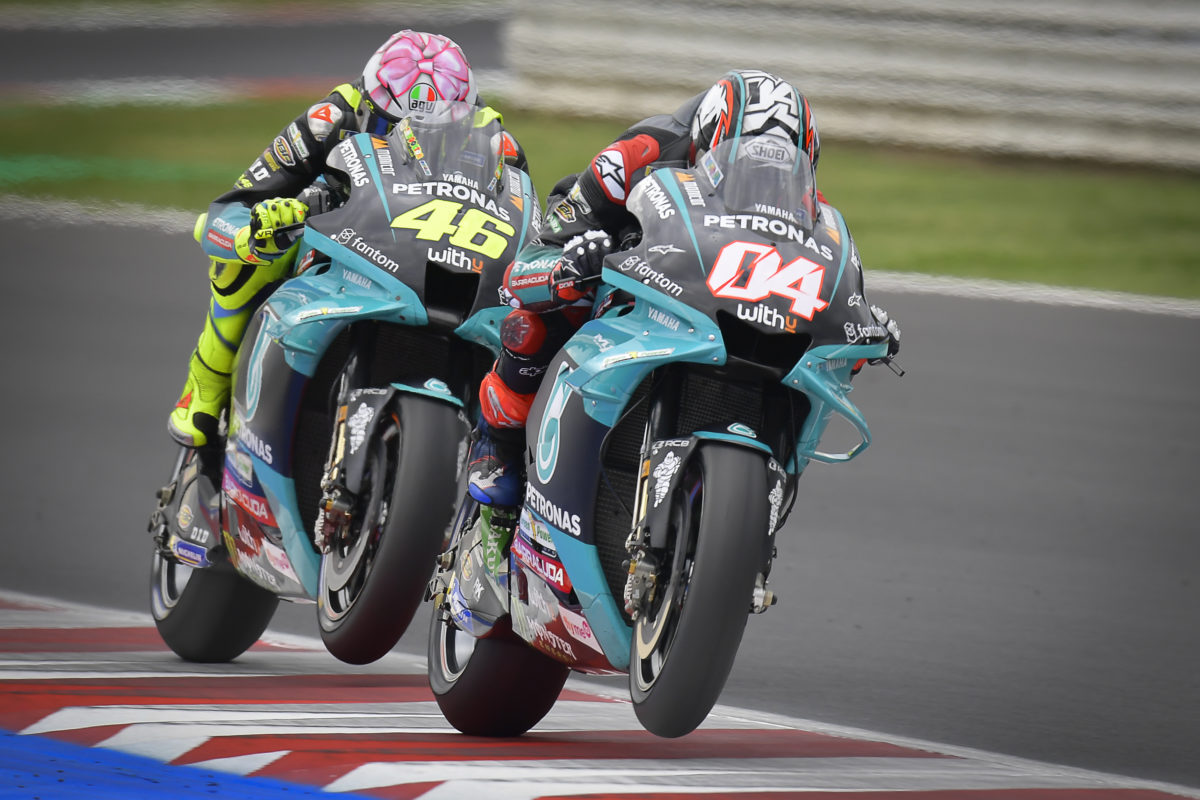 Andrea Dovizioso was buoyed by his progress in the San Marino Grand Prix, having unofficially set his fastest race lap right near the end of the weekend.

In his first round of 2021, and first on a Yamaha since 2012, Dovizioso qualified last in a 24-strong field and was last classified finisher in 21st.

However, he lapped the Misano World Circuit Marco Simoncelli in 1:33.231s on Lap 25 of 27, a time which was technically cancelled due to a breach of track limits.

The 1:33.231s was only 0.030s better than Dovizioso’s next-best run through the sector where he ran into the green paint but, had it counted, it would have been faster than team-mate Valentino Rossi’s personal best race lap of 1:33.305s on a current-spec YZR-M1.

The 1:33.493s which did count was faster than the most rapid time of the man whom he replaced, Franco Morbidelli, who went as quick as a 1:33.500s in the 27-lapper as he returned from a long injury lay-off with the factory Monster Energy Yamaha team.

“The race has been good to learn and to have feedback, because before the race I didn’t have the speed to stay with the group,” said Dovizioso.

“I was minimum half a second slower, but in the race I was able to stay there.

“Especially when I did a mistake and had to do the long lap [penalty, for repeated breach of track limits], after that my pace improved a lot.

“I was able to be much faster than the practice, and I did my best lap two laps to the end.

“Because, the braking point is where I was struggling in the practice, and in the last part of the race it was much better.

“But we have to understand why, what we have to do. Then after, I can work a bit more in the middle of the corner, the exit, and use more the potential of the bike.”

Dovizioso came into the grand prix cold as far as riding an M1 is concerned, having last raced for Ducati and this year tested for Aprilia.

However, he now has two more days at Misano with an Official Test which commences this evening (AEST), when he is looking to build on what he learnt in competition.

“For sure, doing a test after the race is the best thing for everyone, both when there are new things to try and, as in my case at the moment, when there are no things to try but you need to adapt to the bike because its potential is greater than what we have seen,” he said, in reference to his bike being an older model.

Dovizioso will get current-spec Yamaha machinery next year when he continues with its satellite team, which will morph from SRT to ‘RNF MotoGP Racing’.