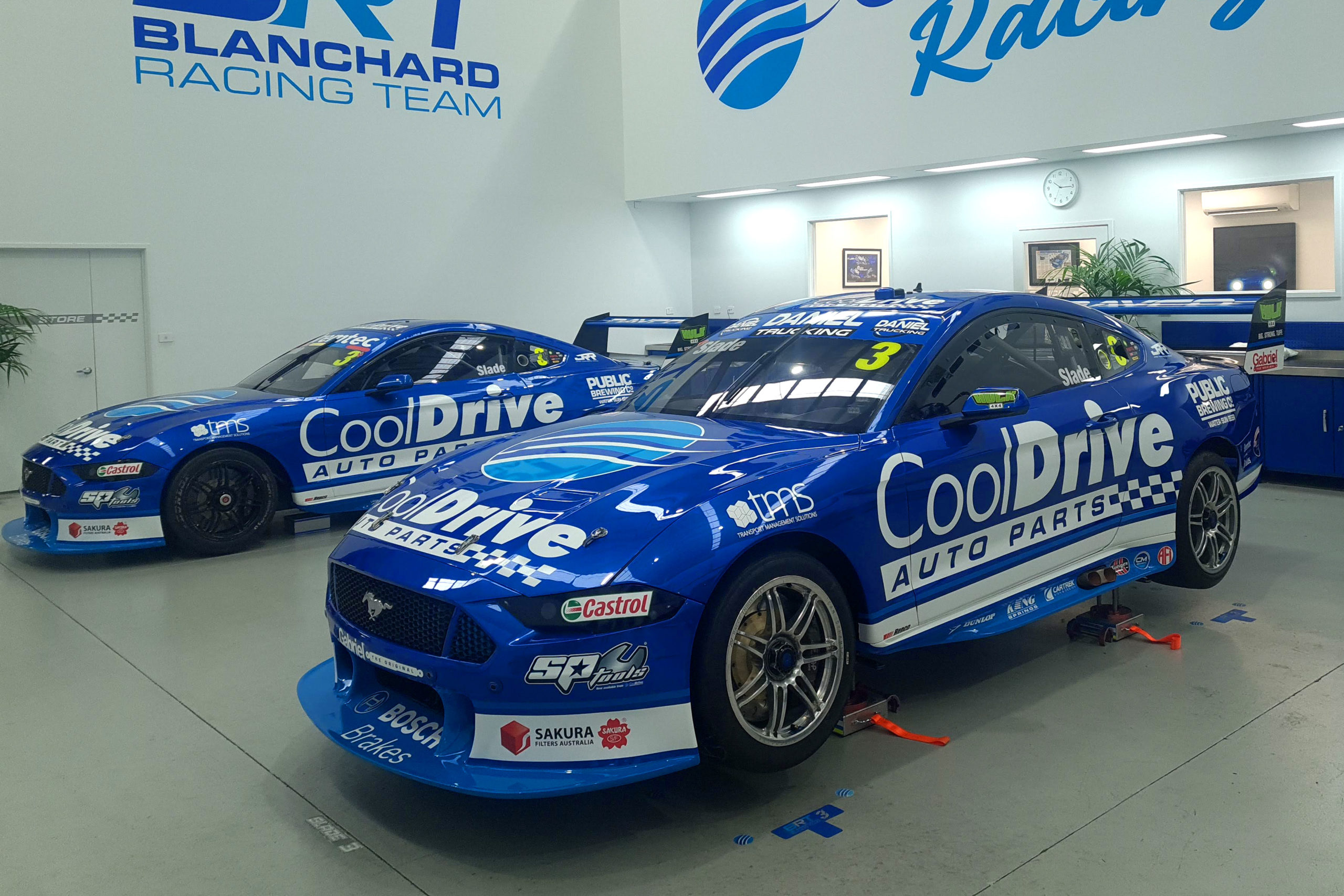 The repaired Ford Mustang (pictured right) and the spare chassis

The Blanchard Racing Team is set to switch back to its original Ford Mustang for the remainder of the 2021 season after completing extensive repairs.

Vying for a podium finish in the Box Hill-based outfit’s debut, Slade lost control on the approach to Forrest’s Elbow and made heavy contact with the outside wall.

The #3 has used the back-up chassis from the second event of the season, though the team is set to revert to the primary chassis when the season eventually resumes.

After undergoing chassis repairs at Tickford Racing and receiving a fresh lick of paint in late April, the BRT crew set about assembling the chassis during the latest lockdown.

“We turned the car around, which we had been racing, in a week,” team manager Brendan Hogan told Speedcafe.com.

“Then it was pretty clear that we weren’t going racing so then we just focused all the effort on putting the other car back together – the Bathurst crash car – so we’ve had two cars sitting here in the workshop complete for just on a month now.

“In components and repair bills, it would have been close to a $150,000 crash. That’s more just highlighting the problem that these cars are too expensive to fix and too expensive to throw in the bin.”

BRT has leased its pair of Ford Mustangs from Phil Munday, who owned and operated 23Red Racing until its untimely demise during the early phase of the COVID-19 pandemic last year.

Ironically, the crash at Mount Panorama will see the cars eventually returned to him in a better state than when they were leased out.

Munday has been a founding member of BRT, sponsoring the team through his Public Brewery Co.

“It’s about being able to give Phil back a car that’s been built to a really high standard,” Hogan added.

“The way that that car was given to him was a disgrace with the quality of the components that had gone onto it.

“We’ve got something that’s a much better standard that we can give back to Phil and he’ll be a lot happier with it compared to what he had at the start of this year.”

Having been scoreless in the opening two races of the season, Slade has come from 24th in the drivers’ championship to 17th.

Slade has a season-best fourth place finish at the most recent round in Townsville.