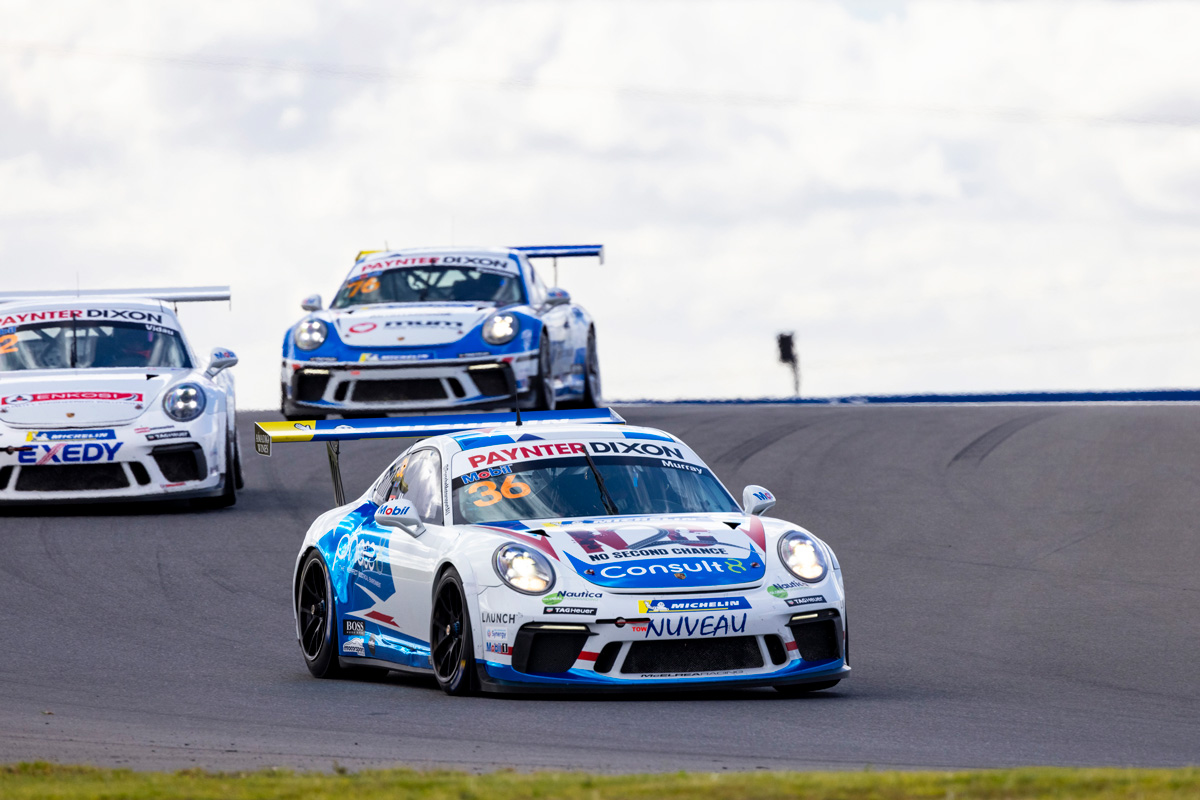 Aussie Campbell and Kiwi Evans won the Carrera Cup Australia title in 2016 and 2018, respectively, before taking their careers abroad via the Porsche Junior Shootout.

Murray is now on the fast-track to follow suit, after being announced by Porsche Cars Australia as the winner of its 2021 Porsche Michelin Junior Australia Programme.

As a result, he’s earnt nomination for the Porsche Junior Shootout – pending approval from Porsche Motorsport in Germany – where he’ll go head-to-head with selected up-and-coming talent from around the world.

The Shootout will involve three days at a to-be-confirmed European circuit from November 23-25.

“I’m very excited and grateful to have been nominated as Porsche Carrera Cup Australia’s representative with the opportunity to attend the Porsche Junior Global Shootout event,” said Murray.

“I hope to follow in the footsteps of fellow McElrea drivers Matt Campbell and Jaxon Evans and replicate their success.

“I wouldn’t have been able to get to this point in my career if it wasn’t for the amazing support of my family, McElrea Racing and everyone who has helped me along the way.”

Added PCA head of motorsport Troy Bundy: “Like all the Juniors that have come through our Programme, it’s been personally rewarding to see Cooper’s development and outright pace mature in both our series, ever since his first season with us in 2018 – which was then GT3 Cup Challenge [Porsche Michelin Sprint Challenge].

“Despite his young age, he has been a force within Carrera Cup Australia the last two years, against arguably the strongest Pro drivers in the series history.”