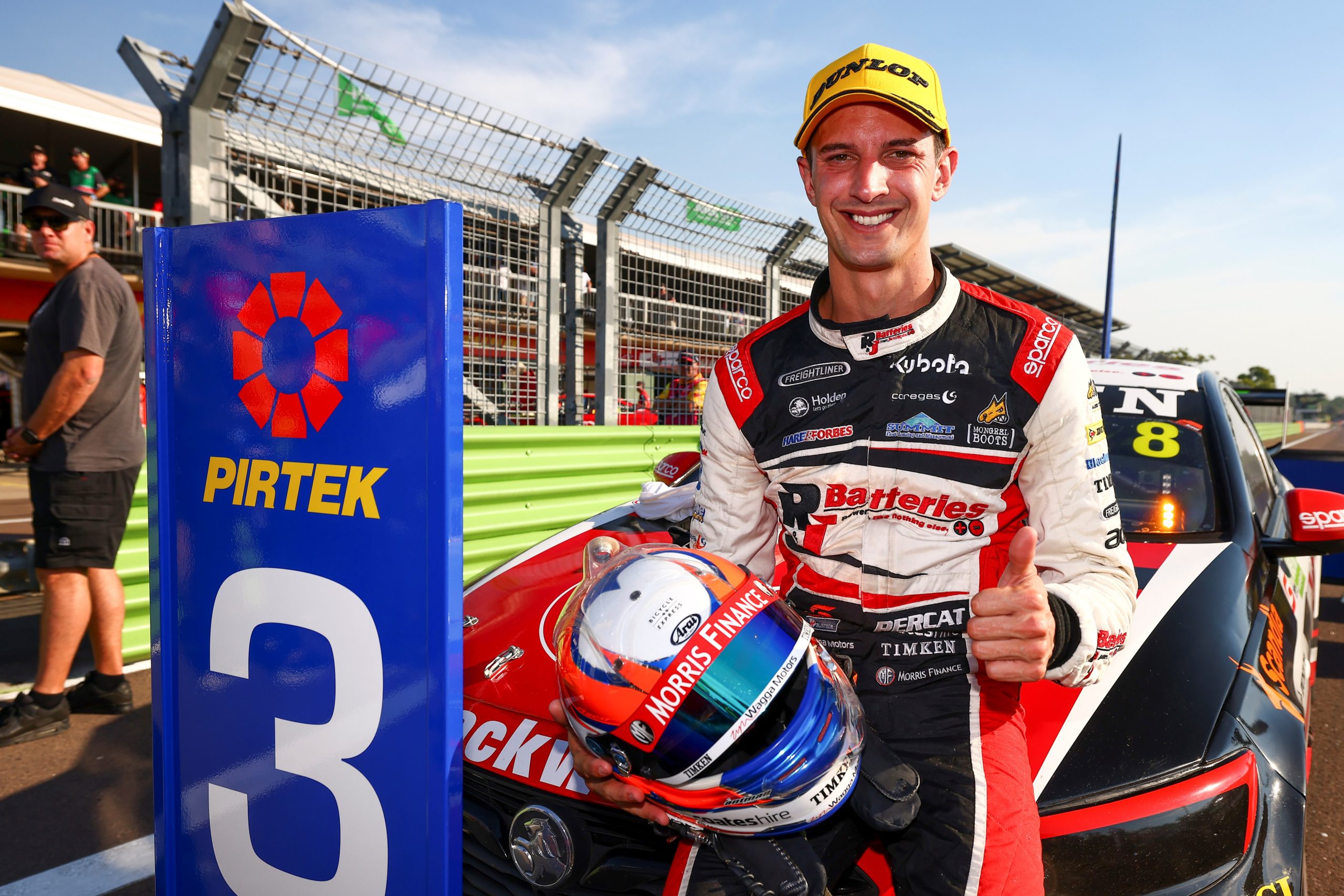 Last week Nick Percat celebrated his 33rd birthday, but with that came the realisation that his time to bid for the Supercars title is finite.

The Gold Coast-based Adelaide-born driver is set for a landmark move next season after he and Brad Jones Racing confirmed they would part ways at the end of 2021.

Where Percat will end up in 2022 has yet to be announced, although Walkinshaw Andretti United is thought to be the leading candidate.

That could see the 2011 Bathurst 1000 winner up alongside Chaz Mostert, who himself has only spent a short time with the Clayton-based organisation.

For Percat, the time for change comes as he looks to put himself firmly in contention for next year’s championship.

“I haven’t had to piece together a championship since Super2 or Porsche [Carrera Cup] or the Formula Ford days,” Percat told Speedcafe.com.

“It’ll be cool to be up against someone week in, week out, every session, every lap, who is pushing it and pushing me.

“That’s what it’s about; a bit of self-growth and trying to take that next step.

“That’s the dream as you’re growing up, it’s to be in the right place to win the championship,” he added.

“It’s no different from when you go through karting, Formula Ford, all of that. You always put yourself where you think is the best spot.

“That was probably the lightbulb moment for me. My time is running out if I want to have a shot at winning a championship. I’m getting old.

“The timing of all of this was in my favour, so I’m looking forward to what comes next.”

Percat has spent the best part of five years with Brad Jones Racing, his best season to date the coronavirus reduced campaign in 2020 where he won twice and finished seventh overall.

When quizzed on what Percat is looking for from his move, the four-time race winner said he’s continually looking to develop himself.

“I’ve always been big on continuing my growth and learning,” he explained.

“That’s why I still do the karting because I get all the tips from all the 15-year-olds who kick my ass at Todd Road or I go see Paul Morris or I do some coaching stuff because there’s a lot to learn.

“I’m looking at who will be on the other side of the garage from me and in the engineering group that can help me grow again and hopefully take another step in the driving side to be that little bit better.

“That’s one thing that I’ve probably missed for the past few years of having some more data and stuff like that to kind of bounce off.

“It’s been awesome being the lead driver, but you need someone alongside you that pushes you hard. I’m looking for that.”

While Percat wouldn’t be drawn on where he’ll end up, he said last week’s news will allow him to begin working in earnest to put a deal away for 2022.

Tickford Racing is another team Percat has been reportedly linked to, although it’s expected the already announced Thomas Randle will at least be joined by incumbents Cameron Waters and James Courtney.

“Now that it’s all come out in the way that it has I can get on with things and decide what’s probably best for my future and where I want to be,” said Percat.

“Obviously, there are probably two places that it’ll be and it’s weighing up the two options, now I’ve got a bit of time up my sleeve.

“There was a lot of weight on my shoulders and a lot of sleepless nights not being able to tell anyone, so it’s nice to have it out there and get on with the next phase.”