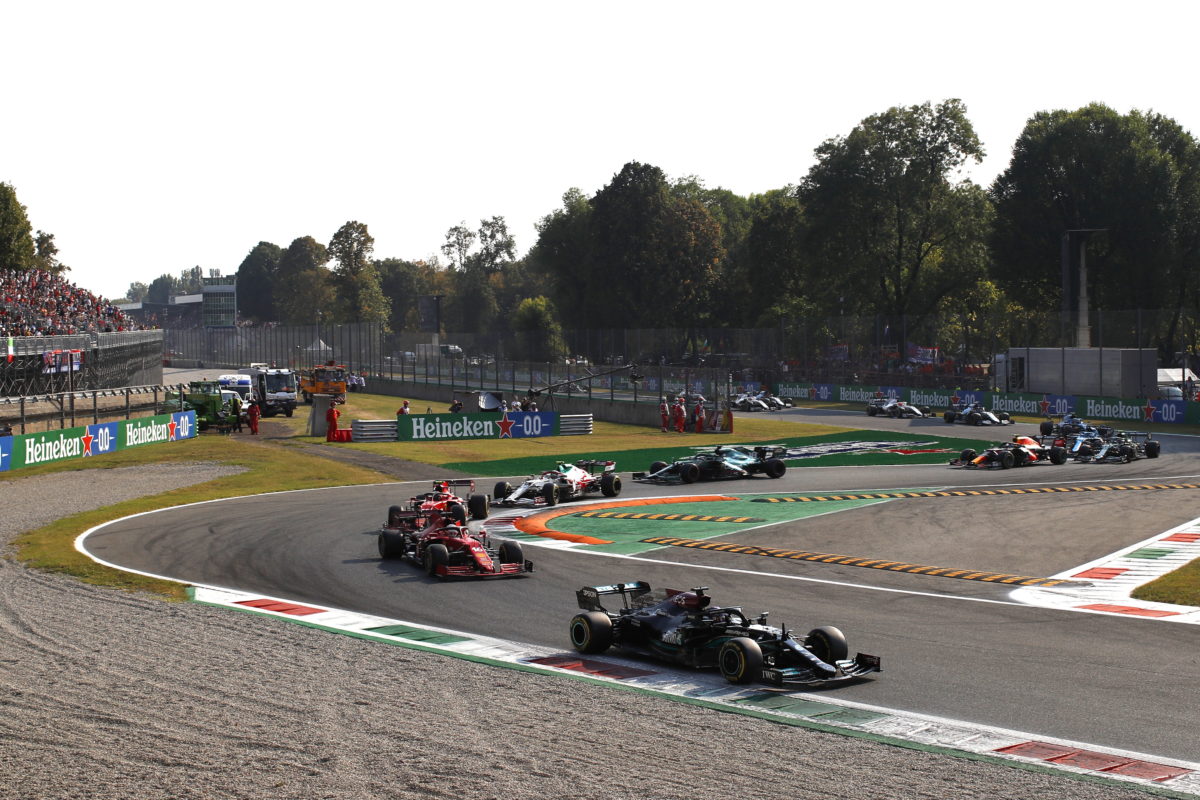 A record 22 races are set to be completed this season, one down from the originally planned 23 in what will still be the longest season in the sport’s history.

That has included two triple-headers already, with another to follow incorporating Mexico, Brazil, and the to-be-confirmed event (expected to be Qatar) in November.

“I think it’s very important that, once this pandemic is hopefully over, that we get back to a more normal race calendar schedule with avoiding any triple-headers, with reducing the amount of double-headers as well to an absolute minimum, with trying to organise the races in a way that is also, in terms of the travel logistics, reducing the load on our people, but also reduce the overall carbon footprint that we leave behind us as Formula 1,” Seidl explained.

“In the end, I think it’s very important from my point of view that with all the initiatives we’re running as Formula 1, as FIA, as teams also, when it comes to the agenda for 2030, when it comes to environmental sustainability, and when it comes to topics of diversity, inclusion, equality, when it comes to mental health and wellbeing, that you of course fulfil the responsibility we have in order to use the platform of Formula 1 to make our contribution, to make the world a better place.”

Over the past two decades, the number of races has increased.

From the late 1970s and into the late 1990s the number of events remained largely static, oscillating between 15 and 17 a season.

It is in Formula 1’s best interest to increase the number of races, as that allows it to recoup more money from promoters

However, there is a balancing act as too many races dilutes their value, making for diminishing returns from a certain point.

F1 boss Stefano Domenicali has suggested in time the sport could grow strong enough where it can reduce the number of events but retain the same income as competition for slots on the calendar increases, allowing it to charge greater hosting fees.

The sport is currently not at that point, and simply adding races is a fairly simple way to drive revenues.

It comes at a cost, however, seemingly contradicting F1’s stated stance on reducing its carbon footprint while demanding a lot from the travelling circus of people that ultimately put on the show.

“We should not forget about our people as well, and all the people that are working in the Formula 1 paddock that have to travel the world,” Seidl said.

“But knowing Stefano also from the past already, before coming back to Formula 1, he’s a is a man of the people.

“I’m very confident that Stefano will look into this and will take care about his people about our people, and find the right balance here.

“Of course, we are all interested, as teams as well, in the economic growth of Formula 1, but I said before, just needs to find, it needs to be the right balance.”