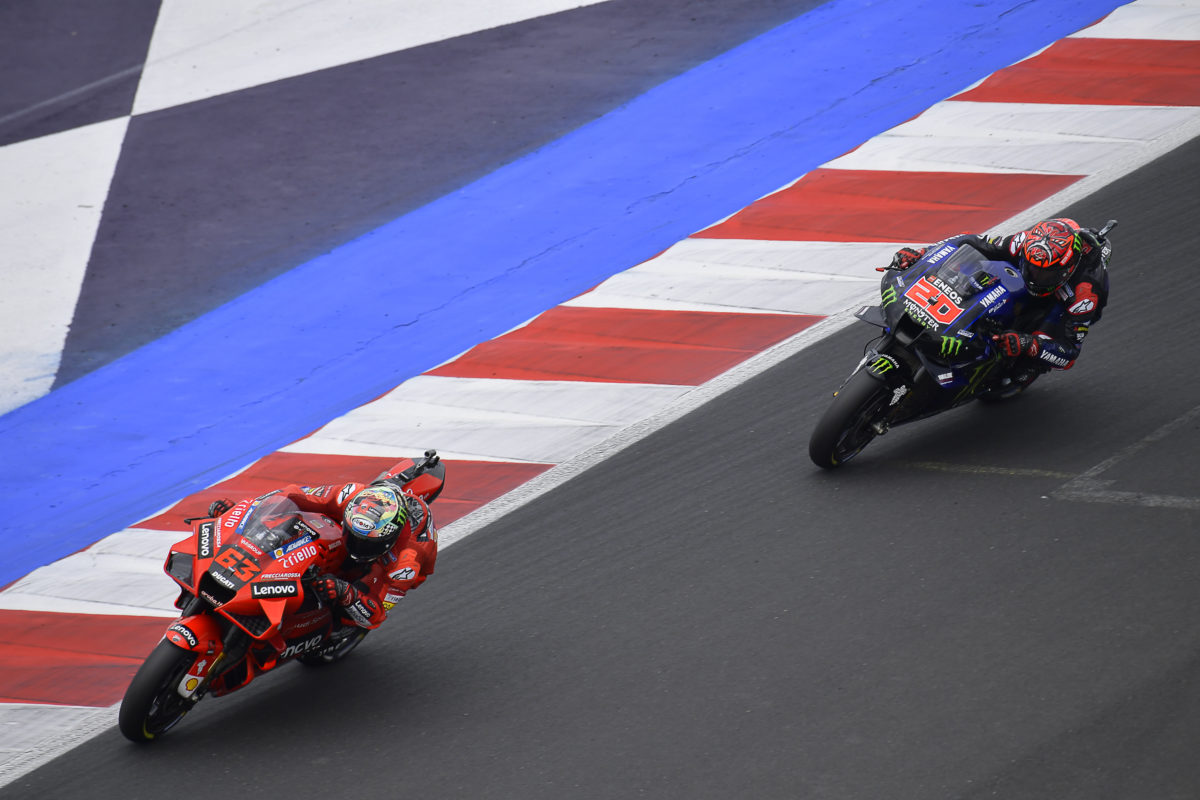 Francesco Bagnaia says that his win in MotoGP’s San Marino Grand Prix was built on a strong opening period to the race, including his “best start ever”.

Bagnaia’s launch when the lights went out appeared as though it might have been too good but no call on a false start ever came, and the #63 Ducati Lenovo Team entry led all 27 laps around Misano.

He was almost 1.1s up on the field after the first of those laps and as much as 3.4s clear of eventual runner-up Fabio Quartararo at one point.

However, Bagnaia had opted for Michelin’s soft rear tyre whereas Quartararo was on the medium, and the Monster Energy Yamaha rider would start reeling in his Ducati rival.

Just half a second separated them with three laps to go, and 0.135s at the start of the final lap, but the Italian held on.

“I was knowing that it was very important to start well and to be already be pushing from the start because with the soft, the initial grip was better,” said Bagnaia.

“I was also knowing that Fabio in the last part of the race with the medium [would be] fastest, so I just tried to be fast and constant from the start.

“I did my best start ever because I started when the light [went] off, so it was incredible. I trained a lot for this,” he laughed.

“When I passed the first lap, on the straight I was looking already to the [pit] board and it was ‘+1.0’ [seconds], so it was incredible already.

“I just tried to manage the tyres and the last laps were very difficult because Fabio was recovering four, five tenths per lap and it was not easy.

“But in the last lap I just tried to do the best and Sector 3 was my fastest Sector 3 of the race, so it was great.” 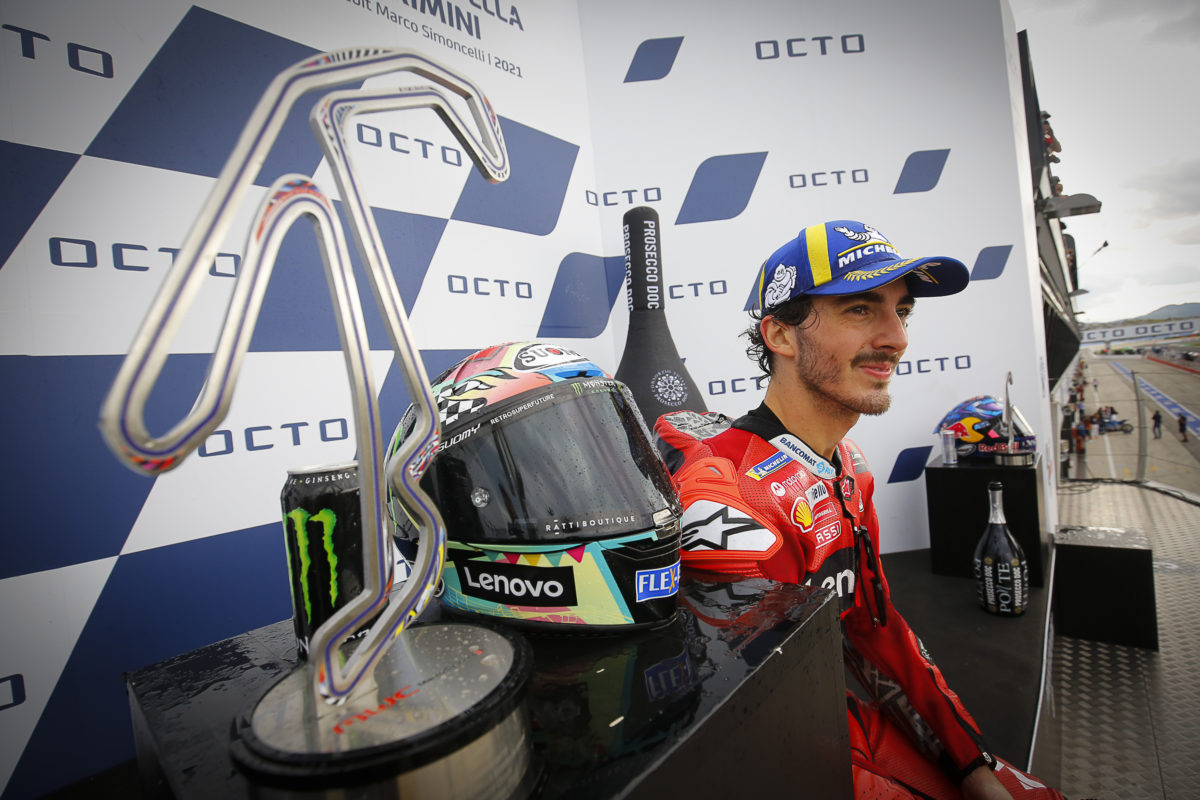 Bagnaia on the podium

As it turned out, Quartararo would never be quite close enough for a final lap dive, like the three from Marc Marquez which Bagnaia had to deal with when he took a career-first MotoGP win, a week earlier at Aragon.

Naturally, the Yamaha-mounted Quartararo was quicker than the man he was chasing through Misano’s tight Sectors 1 and 4, but Bagnaia managed to put a quarter of a second on him over the course of Sectors 2 and 3 on that last lap.

Jack Miller had noted after qualifying just how good his factory Ducati team-mate is through Curvone, the fast sweeper which is located roughly halfway through Sector 3.

Bagnaia, however, credited his aptitude for high-speed corners generally to the stability of the Demosedici and said that he has even improved this year due to being able to better manage the front end of his bike.

“The good thing about this bike is that it’s very stable, so in those fast corners, we can enter with a lot of speed and our bike is not shaking a lot,” explained the 2018 Moto2 champion.

“So, I feel very great in fast corners in all the circuits, and also, I have a really great feeling in the front, but starting from this year.

“Before, I was struggling a bit more; this year, the feeling that I have with the front is incredible.

“We didn’t change nothing [anything] on the bike, the setting is very similar compared [to] last year, but the feeling has grown a lot, and I improved a lot, how to manage the front tyre.

“So, the feeling is great and it helps me to enter the fast corners like this.”

Bagnaia’s win consolidated his hold on second spot in the championship, snipping Quartararo’s advantage to 48 points.

There are still 100 points on offer, the next 25 being at the Grand Prix of the Americas on October 1-3 (local time).

Before then, the MotoGP field will be back on-track at Misano this Tuesday and Wednesday for an Official Test.