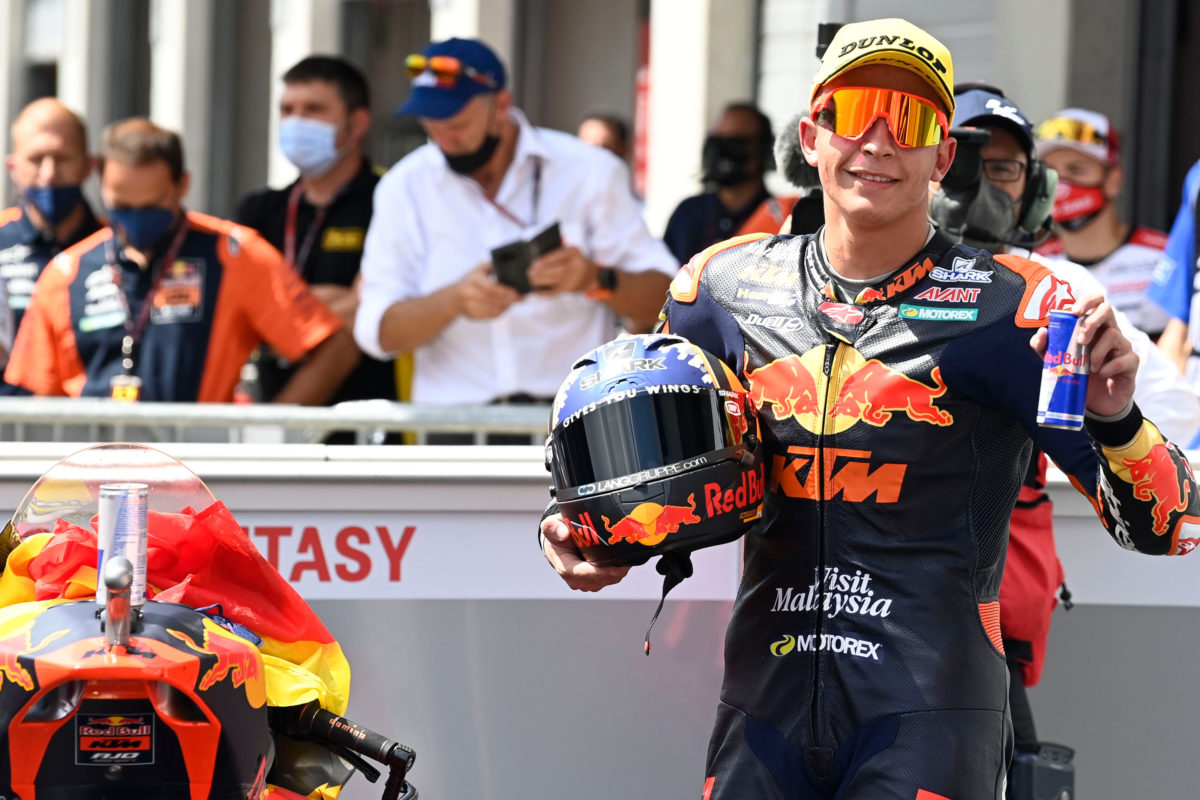 Raul Fernandez finished 0.351s clear of the field, with Elf Marc VDS team-mates Sam Lowes and Augusto Fernandez to join him on the front row at Misano in second and third respectively.

The two KTM Ajo riders had been outside the top 20 after both of Friday’s practice sessions were run in wet conditions, but booked their places in Qualifying 2 when the track dried out for Free Practice 3.

The return of rain midway through Qualifying 1 created uncertainty again, but it cleared in time for the second 15-minute stanza which decides the pointy end of the starting grid.

Gardner, who was part of a Moto3-style track position game as the field set off for Q2, jumped from 14th to the top with a 1:36.861s on his third full lap of the Misano World Circuit Marco Simoncelli.

Jorge Navarro (+Ego Speed Up) beat the latter with a 1:36.928s but Canet was back onto the front row with a 1:36.869s moments later, after which he needed his elbow to save his front end from folding completely at Turn 3.

Augusto Fernandez went from seventh to second with a 1:36.788s in the final minute before the chequered flag, and Lowes consolidated provisional pole with a 1:36.615s.

However, that was nowhere near enough to hold onto it, as Raul Fernandez would subsequently charge to a 1:36.264s and take his fifth pole position of his rookie season.

Gardner’s 1:36.861s left him fourth, with Canet next to the Australian and Navarro also making it onto Row 2.