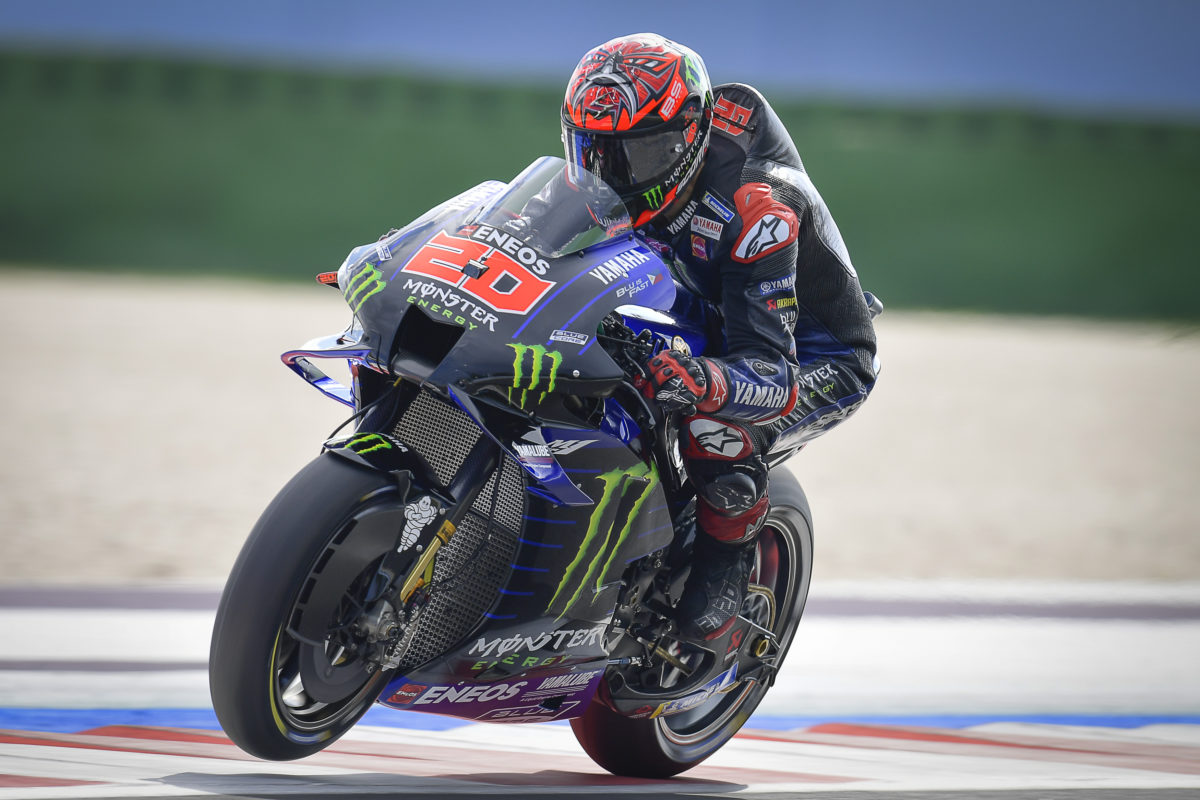 Fabio Quartararo says that he “will push hard” in the San Marino Grand Prix despite qualifying on the front row while boasting a 53-point championship lead.

Quartararo will start the fifth-last race of the 2021 MotoGP season from third on the grid while his nearest rival for the title, Ducati’s Francesco Bagnaia, is on pole for the second weekend in a row.

That scenario raises the question of whether the man at the top of the points table might be content to bank another solid haul of points, even if it means letting Bagnaia run away into the distance at Misano.

Quartararo downplayed any such suggestions, although he said he would not be reckless in his approach to the 27-lapper.

“I will push,” declared the Monster Energy Yamaha rider.

“But of course, if I see I’m too much on the limit, I will not push that much to risk a crash.

“But, I think that Aragon [last round] I pushed the maximum until the end, and even if it was one point more against [Jorge] Martin, I did my best and of course tomorrow [Sunday] I think we have much more possibility to be in front and I will give my hundred percent.”

One fact which would work against a particularly cautious approach would be Quartararo’s status as the only non-Ducati rider in the top five on the grid.

Bagnaia and Jack Miller share the front row with him, while Pramac Racing’s Martin and Johann Zarco will get away from fourth and fifth respectively.

It is therefore not inconceivable that a safety-first Quartararo could end up trailing four Desmosedicis home, a scenario which would see him cede as many as 14 points to Bagnaia.

“It’s not a matter of me and Pecco [Bagnaia]; I think it’s a matter of myself to try to do my best, and then we’ll see,” explained Quartararo.

“It’s not in my head like it’s only Pecco, because I’m surrounded by many riders and it really depends on the first laps.

“Here, the race is really long, and let’s see, but I think that our pace is quite good with used tyres, so I’m confident and I think that we can achieve a great result.”

Weather shapes as a potential wildcard in tonight’s (AEST) encounter, and Quartararo noted that he needs to improve from his “zero points” scenario if it rains.

By that, he explained, he meant that he would miss the top 15 that pays points if he is classified as far back in the race as he was in a Free Practice 2 session which was wet throughout.

“I wanted to say like the position we were on FP2 was 18th, so it’s no points,” observed the Frenchman, who, like Yamaha generally, tends to struggle in the rain.

“We need to make a step, so that’s what I say I need to give my hundred percent and we will see what happens if it rains.

“So, I have not to be conservative on the wet.” 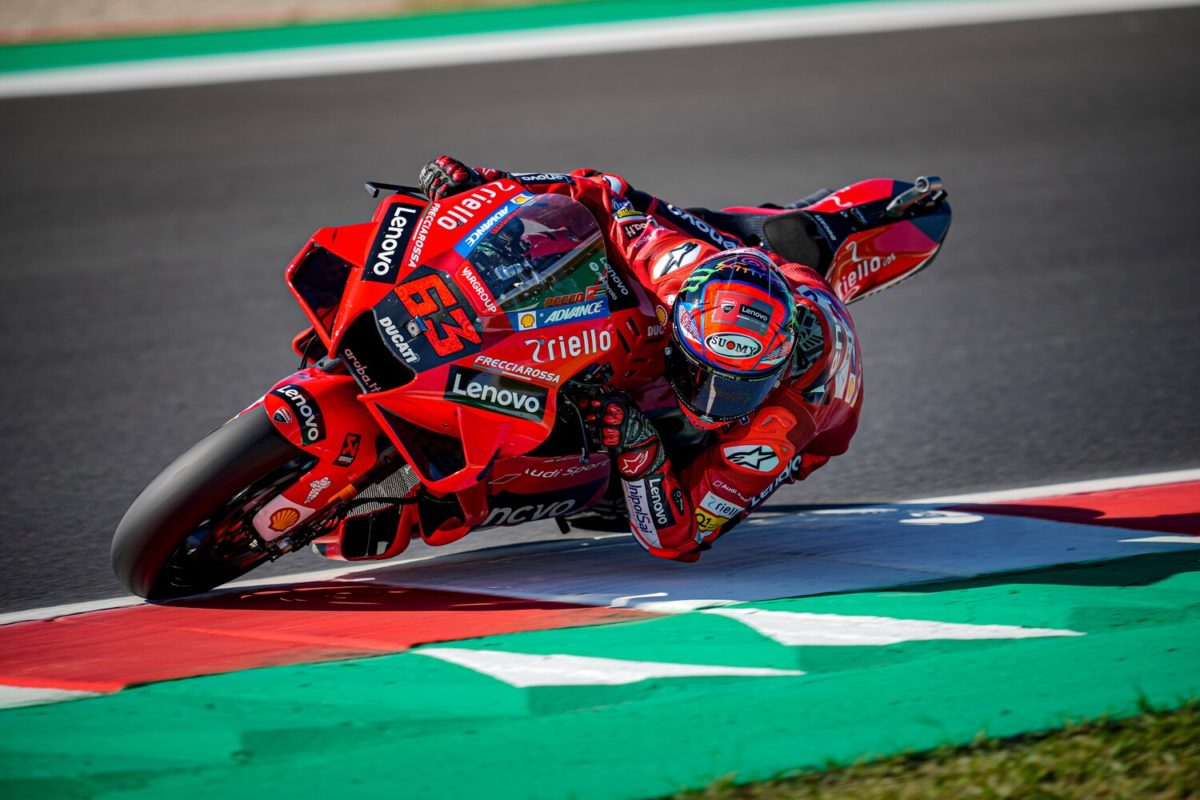 Quartararo is therefore hoping for a dry race, but so is Bagnaia, given he can hardly afford a DNF.

“I prefer dry, for sure,” said the Italian.

“Also, because this track have a not really great level of grip, so it’s better dry.

“I know that in wet, we have more opportunity to close more the gap but I think that 53 points are still a lot and I have to continue gaining points to Fabio.”

Miller, who qualified between the two title contenders, is someone who “won’t be frowning” if the race is wet.