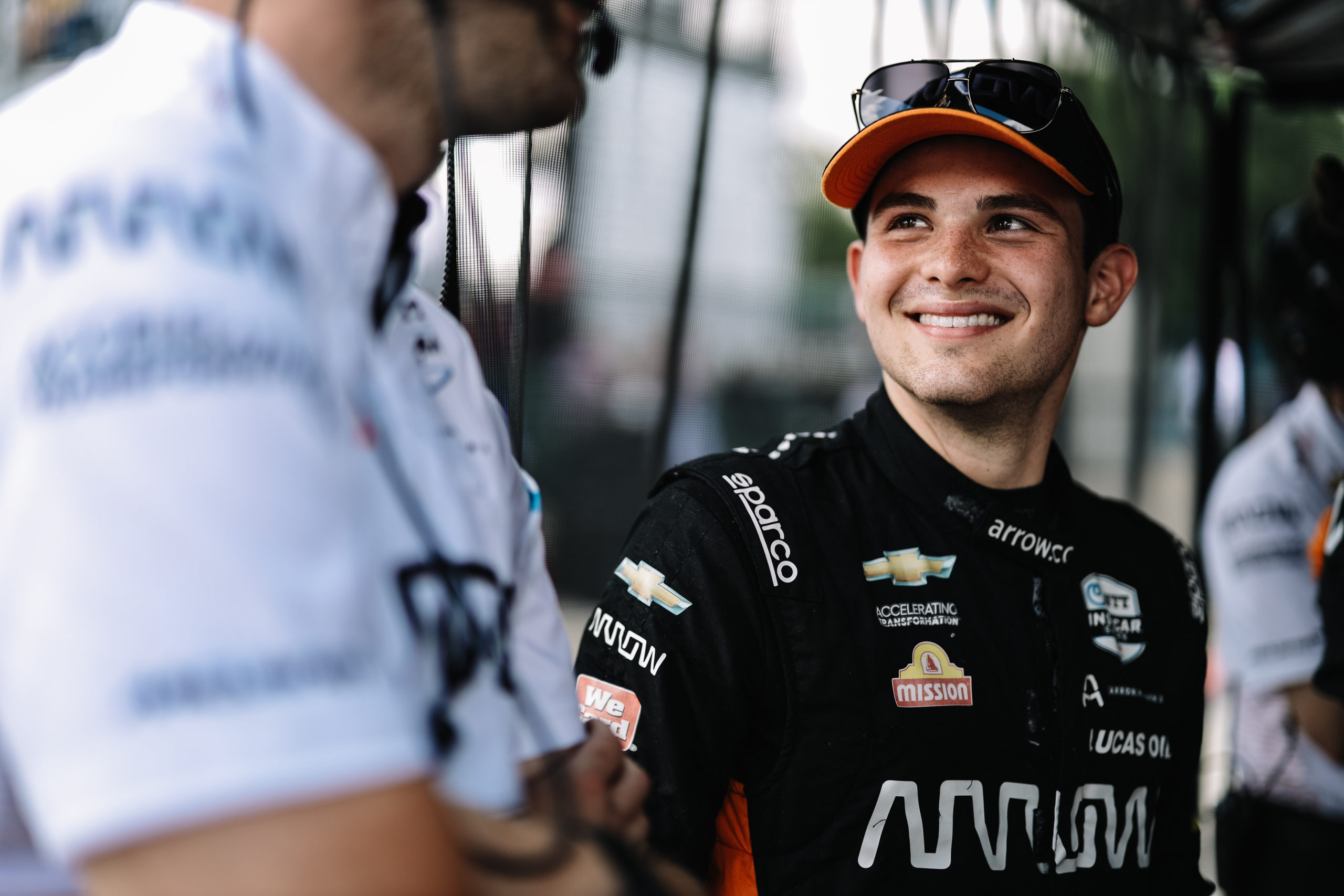 O’Ward has had a whirlwind journey to the IndyCar Series, culminating this year in a title bid in only his second season as a full-timer.

However, There was a time when the young Mexican was in the frame to potentially go full-time in Formula 1.

Off the back of winning the 2018 Indy Lights crown, O’Ward was signed midway through 2019 to Red Bull’s junior driver programme.

At the time, there was talk of O’Ward driving for the then-known Scuderia Toro Rosso.

Ultimately, his time with Red Bull lasted all of six months, a shortfall in FIA Super Licence points preventing him from making the jump.

“It didn’t end up working out because things were out of our control,” O’Ward told Speedcafe.com.

“It was nothing that Red Bull or I could actually do anything about, it was because I didn’t get my Super Licence so Helmut [Marko, Red Bull advisor] couldn’t put me in a car.”

Ironically, his departure from the Red Bull programme opened the door for another opportunity with McLaren, which looks set to see him drive a Formula 1 car in the future.

“That’s just the bottom line why we ended up going our separate ways and he [Marko] knew that I had an option of coming to IndyCar with McLaren,” O’Ward added.

“He said ‘Man, it’s your future, you should take it’ and I said ‘I agree’. So I called up Zak [Brown, McLaren CEO] as soon as I got released and everything came together.”

After a turbulent 2019 O’Ward joined McLaren SP in 2020, surviving a coronavirus-impacted season to finish the year fourth overall.

Now the 22-year-old is on the brink of his first IndyCar Series crown.

In 2021, O’Ward has won twice at Texas and Detroit and finds himself just 25 points in arrears of Alex Palou, who leads the way for Chip Ganassi Racing with two races remaining.

Eventually, O’Ward will drive a Formula 1 car for McLaren, having done a deal with the team boss Brown who promised him a run once he’d won an IndyCar race.

What winning the IndyCar crown might mean for his future is still to be decided, but the young gun says he wouldn’t turn down an opportunity to race in Formula 1.

“I’m very happy where I’m at and I’m really enjoying it, but I’d be lying if I said I wouldn’t take the opportunity to go to Formula 1 if it arises.

“I mean, I say the same thing every time, it’s Formula 1. The opportunity comes once if you’re lucky and that’s it, so I would definitely take it.

“Formula 1 is the one that starts everyone’s dream. I feel like anybody that says something different is lying.

“But then your eyes kind of scope out to a larger scale and you see IndyCar, other guys see NASCAR, even the World Endurance Championship, there’s so many series.

“But to me, the ones that truly make me excited is Formula 1 and IndyCar, because that’s probably the rawest form, the fastest race cars on the planet really going wheel to wheel.”

This weekend O’Ward is contesting the penultimate round of the IndyCar Series, the Grand Prix of Monterey, at Laguna Seca.