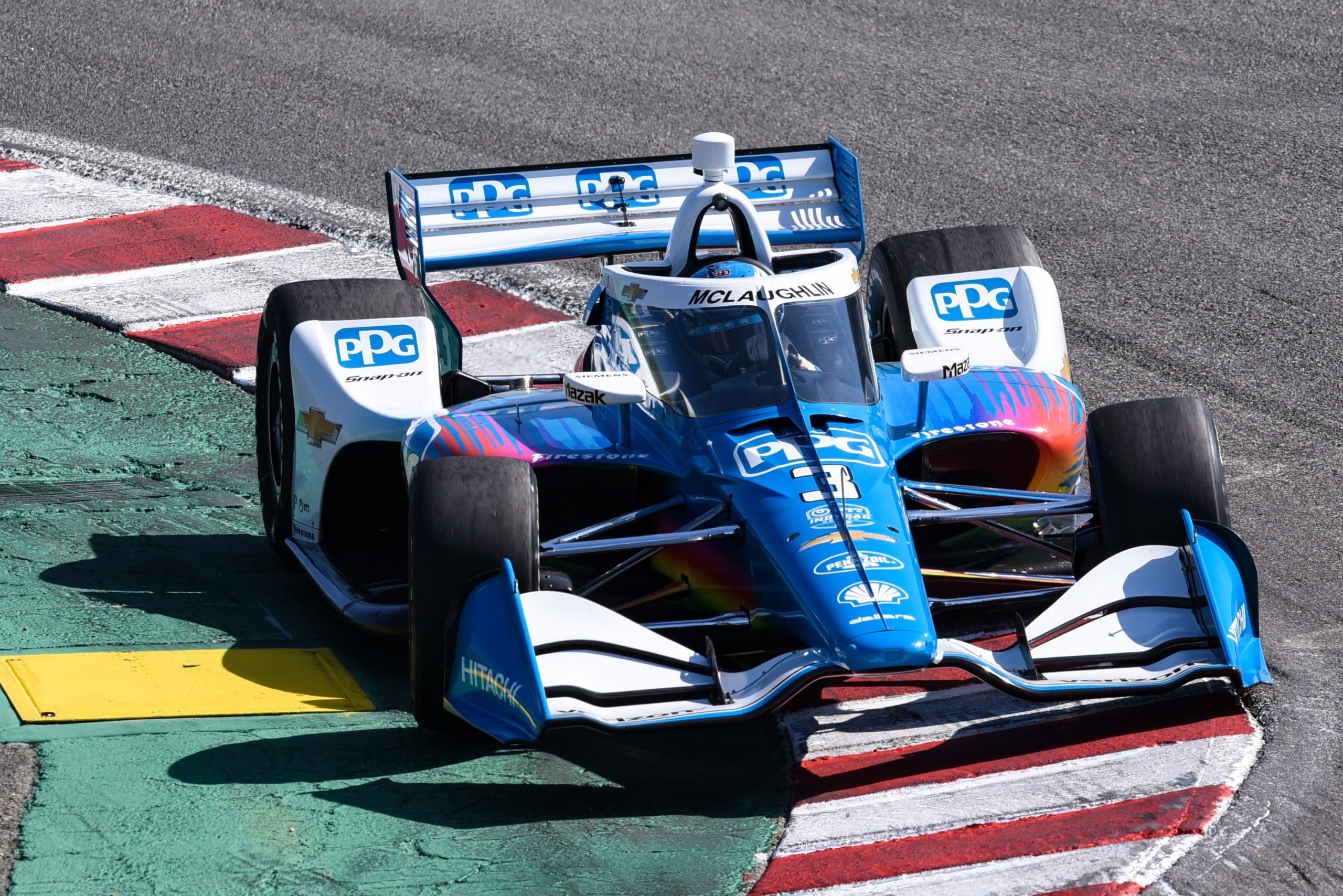 Scott McLaughlin was left to lament a mistake in qualifying at Laguna Seca that ultimately cost him a top 12 berth.

The Team Penske pilot will line up 16th after he set only the eighth fastest time in the group stages, missing the top six cut off to make it through to the second phase of qualifying.

That came after a miscommunication between him and his crew meant the 28-year-old pitted early when he could have pushed on for another flying lap.

Earlier in the day, McLaughlin set the quickest time in Practice 2. That marked a significant day-on-day step forward from his 12th place effort a day earlier in Practice 1.

“Man we have a fast car, fastest in practice,” McLaughlin wrote on social media.

“I made a bad mistake at crunch time today in qualifying.

“I feel bad for my team, but I’ve got a chance to make it up to them tomorrow.

“Onwards and upwards, as my old boss/friend Dick Johnson says, you only get a sore neck looking back!”

There were contrasting fortunes for the Team Penske quartet.

Will Power led the team’s efforts, initially qualifying second only to have his fastest time stripped after setting it under yellow flag conditions.

In the end, that only demoted the 2014 IndyCar Series winner to third.

Simon Pagenaud was ninth while McLaughlin was 16th, just ahead of Josef Newgarden who lies third in the points coming into the penultimate round of the season.