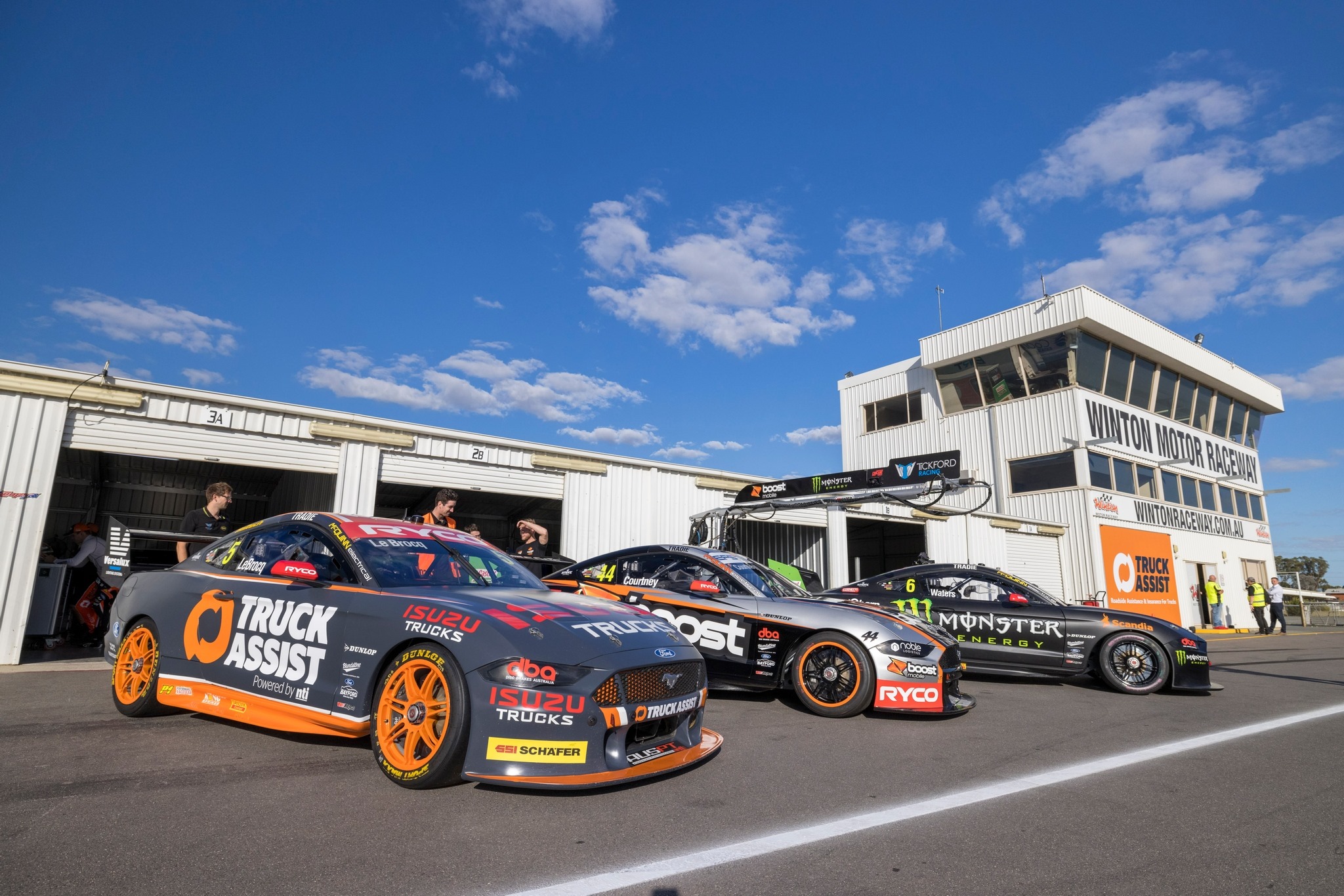 If there was one thing teams took out of last year’s coronavirus-impacted season, it was learning how to adapt on the fly.

After a turbulent 2020, the latest lockdown in Greater Melbourne is a bit of the same old same old for the likes of Tickford Racing.

That’s not to say it hasn’t been tough in the southern state, though teams have become accustomed to adjusting quickly.

Others have used the time to take stock and rebuild cars, or in the case of Kelly Grove Racing build a new car entirely.

Much like last year, Tickford Racing has taken the approach that if the crew can do it, then they will.

“A couple of our A-trailers are looking a bit tatty inside. They were scheduled to be repainted inside at the end of this year.

“Well, rather than outsource that, there’s a crew of about six of them sanding it down and painting the insides of the trailers, in effect, saving us money later in the year where we would be paying for that to be outsourced, much like we did last year when we rejigged our factory and did it ourselves rather than bringing in external contractors to do it.

“We’re ticking off a lot of those jobs where we can, putting some older cars back together, getting them ready, making sure everything is serviced to the hilt so that when we do go racing later this year, everything is as fresh and good to go.”

Servicing the fleet of Ford Mustangs during the downtime could be crucial once the season resumes.

The team has three full-time entries piloted by Cameron Waters, James Courtney, and Jack Le Brocq as well as an additional wildcard driven by Thomas Randle.

Add to that, the Campbellfield-based outfit also has a Super2 Series entry in Zak Best.

In any case, it’s expected there will be double headers where ever Supercars does end up racing later this year.

That’ll likely mean Victorian teams won’t be able to return home at any point, putting plenty of emphasis on getting their rigs right before heading away.

Although it’s not expected teams will have to endure the same three-month-long spell on the road, it’s widely accepted there will be a period on the road.

“If we happen to do what we did last year and have some quickfire successive events, you need to make sure everything is fully serviced,” Edwards explained.

“All of a sudden, you don’t need to be changing fuel pumps between back-to-back race weekends or something like that.

“We’re over-servicing at the moment so that we’re literally ready to go and knock out five races. If that happens to be closer together, then we’re ready for it.

“I think we demonstrated last year that we’ve got the capacity to adapt and not come home to our factory for a luxurious two weeks between each race.

“We certainly demonstrated last year that we can cope with multiple races. It’s certainly not what we want to be doing.

“Certainly, I don’t think everybody is contemplating a three-and-a-half-month exercise as we did last year. I don’t think anyone could cope with that again.

“Are we going to get through the end of the year either as Victorians or Queenslanders without having to do some isolation or something? I very much doubt it.”

As yet, it has not been publicly confirmed where the Supercars season will resume.

In recent days and weeks events at Winton Motor Raceway and the Phillip Island Grand Prix Circuit were cancelled while the Bathurst 1000 was postponed.