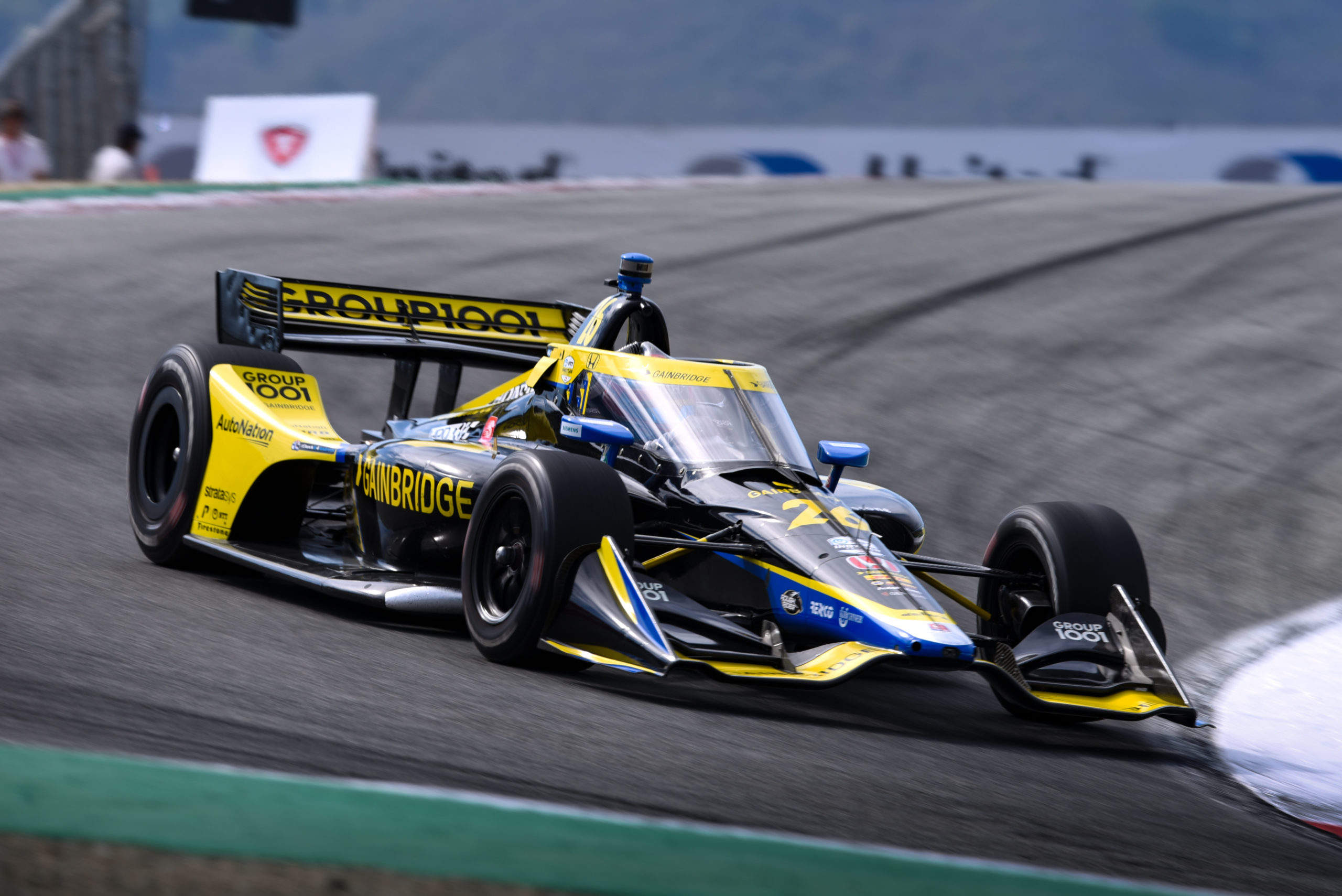 Andretti Autosport’s Colton Herta has edged out team-mate Alexander Rossi for pole position at the Grand Prix of Monterey in an eventful qualifying session.

Herta set a 1:10.7994s at the death to snatch top spot away from Team Penske’s Will Power, who initially ended the session in second.

However, the 2014 IndyCar Series winner was demoted to third after setting his fastest lap under yellow flag conditions when McLaren SP driver Pato O’Ward spun.

It’s the second time Herta will start the Grand Prix of Monterey from the top spot, the 21-year-old converting pole position to victory last time out in 2019.

“I really got to nail that third lap and beat Power to the pole, so that was really cool.

“I know Mario [Andretti] was sitting on the pit stand. I’m sure he’s really happy about me taking pole away from Power.

“What an amazing track. I love this place so much. It’s awesome to have two from two for pole positions here.”

The Spaniard looked ragged at times, his best lap a little over half a second away from the top time by Herta.

Oliver Askew was the standout of the session, making it through to the final leg of qualifying for Rahal Letterman Lanigan Racing in only his third start this season.

Last in the Fast Six was O’Ward, who made a mistake at the Corkscrew and was stripped of his best lap for bringing out the yellow flag.

While Palou made it through to the final stage of qualifying, the same could not be said for his team-mates Marcus Ericsson and Scott Dixon who will line up seventh and eighth respectively.

Simon Pagenaud (Team Penske) and Max Chilton (Carlin) rounded out the top 10 having failed to make it out of the second round along with 11th placed James Hinchcliffe (Andretti Steinbrenner Autosport) and Graham Rahal (Rahal Letterman Lanigan Racing) in 12th.

Earlier in the day, McLaughlin topped the second practice session after setting a time late in the piece on the red sidewall soft compound tyre.

A miscommunication in the second round meant McLaughlin pitted one lap too early when he could have pushed on for another lap.