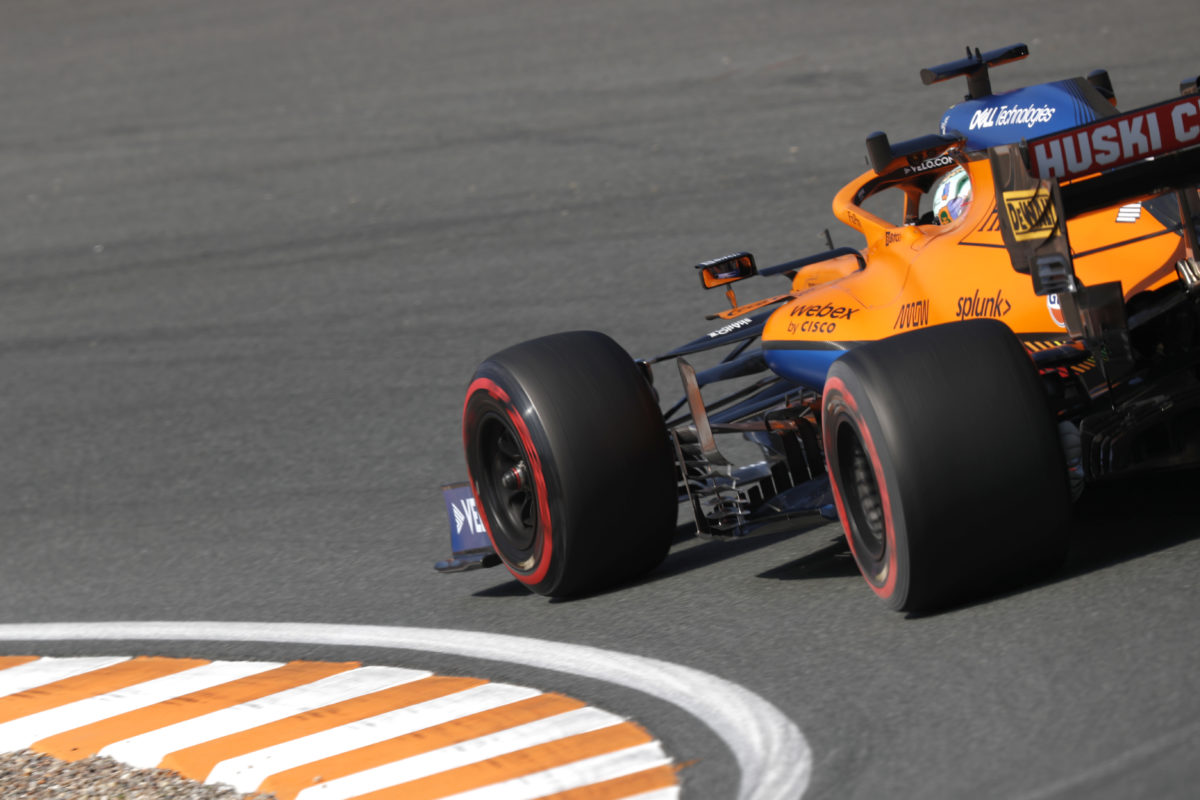 The introduction of a cost cap into Formula 1 this season could see the value of teams soar into the billions.

That’s the opinion of McLaren CEO Zak Brown, the American who has overseen the British marque’s return to the front of the F1 grid.

Prior to his current role, Brown was in charge of Just Marketing International, a business he grew to become the largest motorsport marketing agency in the world.

That experience offers him a unique standpoint, having seen the sport from both sides of the fence.

The introduction of financial regulations this year has been a significant development in Formula 1.

Not only has it helped level the playing field by prohibiting excessive spending by the larger teams, but it’s also helping make the sport more financially sustainable and, therefore, stable.

“I know that we will, in due course, be profitable,” Brown told Speedcafe.com.

It’s a simple yet remarkable comment, as teams have historically spent every available dollar to go racing.

The old saying goes: to make a small fortune in motorsport, you must start with a large one.

Teams this year are limited to $145 million, a figure which will fall to $135 million in the coming seasons.

There are exceptions, but none which make a performance gain and, in theory, money spent outside of the cap is an investment that could in itself net a positive return.

“We need the budget cap to continue the glidepath down a little bit,” Brown explained of McLaren Racing’s financial position.

“I need to continue to build our revenues, which we have hit our numbers every year, our projections, so I’m projected in a couple of years’ time to turn a profit.

“And I suspect other teams already will [be turning a profit], which is really how a business, and a sporting franchise, should run.”

Formula 1 is currently in a comparatively stable position.

After years of insecurity and uncertainty, the future is now more predictable, certainly from a financial standpoint.

New regulations come into play next year and, at this stage, power unit rules will follow in 2026.

Those are currently being developed with an eye on the bottom dollar, the expensive and complicated MGU-H component likely to be dropped.

Combined, those factors offer potential investors peace of mind, evidenced by Dorilton Capital’s purchase of Williams a year ago, and further by Andretti Autosport expressing an interest.

There are even suggestions Volkswagen Audi Group will get involved with Red Bull once the new power unit regulations are finalised.

All told, that interest coupled with predictable expenditure could drive up the value of teams, Brown reasons.

“I think you’re going to see the value of Formula 1 franchises become much more valuable and more in line with what you see at NFL teams, NBA teams.

“You have to ask yourself – put aside Ferrari because that’s kind of combined with the road car company – why Formula 1 teams are trading for less than a billion dollars, in some instances significantly less, in a sport that is globally bigger and has more revenues than other sports, and yet those teams [in those other sports] are trading for multiple billions of dollars.

“The reason being is, until we had a budget cap in place, you either had to spend beyond your means to try and be competitive, or those that were spending at the levels they were, because they were getting a great marketing return, they could justify that level of expenditure.

“I think now with what Chase [Carey, former F1 CEO] and Stefano [Domenicali, current F1 CEO] put through, now I think we’re going to have franchises that will make the sport more competitive and should make racing teams profitable, which will drive up the desirability of owning a Formula 1 franchise.”

It’s an exciting notion for teams, with the prospect of struggling simply to make ends meet potentially set to become a thing of the past.

That could have flow on effects outside of F1, as teams like McLaren look for growth opportunities that would otherwise not have been available.

McLaren is ramping up its involvement in IndyCar, and has announced it will field a team in Extreme E going forward.

They’re programmes designed to feed back and support the F1 operation by making it more attractive to commercial partners.

Those efforts could be complemented by the addition of a World Endurance Championship programme, and an entry into Formula E, both competitions currently under consideration.

“Everyone can do what they want with their profit; return to shareholders, reinvested in other parts of the company,” Brown noted.

“The mandate that I had is to build the value of the McLaren Racing franchise to hit my budget, and to hit my five-year business plan, which I’m a few years into.

“I’m exceeding the plan I’ve put in front of the board, both from a performance on track and off-track point of view, so I need to stay on that trajectory.”