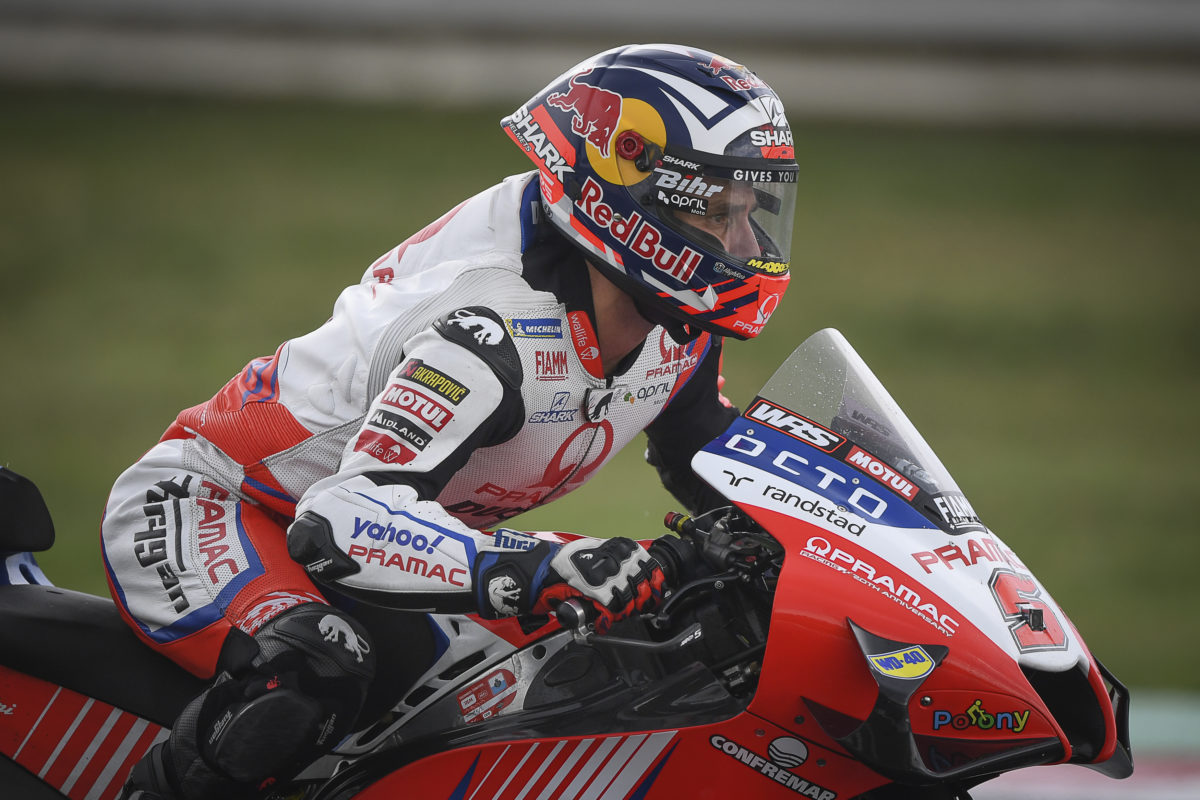 Johann Zarco will undergo surgery to address his arm pump problem next Wednesday.

Zarco revealed at last weekend’s Aragon MotoGP round that he had been suffering from the issue since before the summer break.

That goes a long way to explaining his loss of form, with the Pramac Racing rider having not finished on the podium in the past six races, after picking up four in the first seven of the season.

The timing of the operation suggests Zarco will miss at least some of next week’s Official Test at Misano, which takes place on Tuesday and Wednesday, but he expects to be fit enough for the Grand Prix of the Americas on October 1-3 (local time).

“I’m going to have the operation next Wednesday. That’s it, it’s decided,” he told French network Canal+.

“That way I’ll be ready for Austin, as I will recover quite quickly. I have diagnosed the problem well.

“This weekend, I’m probably going to be in pain. It’s embarrassing, but I’m used to it and it’s not the end of the world either.”

Ironically, Zarco would go on to top a wet Free Practice 2 for this weekend’s San Marino Grand Prix at Misano, with a 1:42.097s on his Ducati.

Aprilia Racing Team Gresini’s Maverick Viñales was fastest in Free Practice 1 with a 1:32.666s in the dry, while Zarco was 0.477s off the pace in 11th.

The next practice session takes place this evening (AEST).