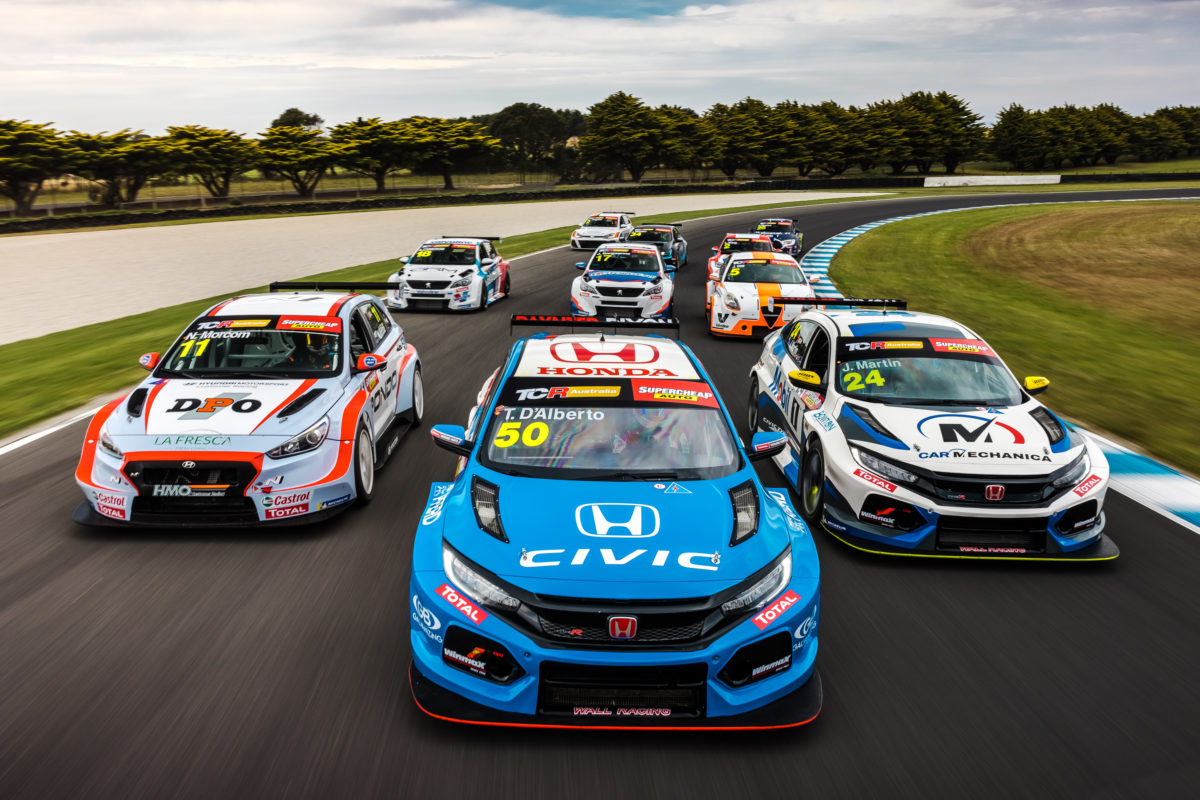 There are currently 32 TCR cars in Australia

The TCR category has passed a major milestone with more than 1000 cars having now been built.

TCR began in 2015 and, according to official data from global category owner WSC, more than 1060 such cars have been produced since its inception, representing 20 models and 15 manufacturers.

The inaugural Australian series was held in 2019 and a total of 32 of the turbocharged hot hatches are presently in the country, from which three have recently moved to TCR UK.

One of those three is the Volkswagen Golf which Jason Bright drove to the first ever Supercheap Auto TCR Australia Series race win, at Sydney Motorsport Park in May 2019, with the others being the two Subarus fielded initially by Kelly Racing.

“We are obviously very proud of the achievement of the 1000-car total,” said Marcello Lotti, president of WSC.

“It has been an impressive result in less than seven seasons of exciting competition.

“This proves that when a racing category is affordable, it becomes successful.”

The Toyota Corolla is set to be introduced as a TCR car later this year, while the latest version of the Audi RS 3 LMS is the category’s newest model.

Just this week, it was announced that the Supercheap Auto TCR Australia Series-leading Melbourne Performance Centre will next year field at least one of the latter, which represents an evolution of those Audis which it currently runs.

“It’s a fact that the success of TCR is not fading yet and we are pleased to see that, despite the pandemic and a troubled 2020 season, numbers are getting back to the pre-COVID times,” added Lotti.

“TCR cars are currently eligible to compete in WSC-sanctioned series all over the world and the total of the races will reach 320 by the end of the season.

“The number of drivers is also growing again, but more than the overall total it is worth to point out that 146 of them have scored victories driving thirteen different models.

“This is more evidence of how TCR offers equal opportunities to the competitors.”

The Supercheap Auto TCR Australia Series has been on hiatus since May due to COVID-19 restrictions, with the cancellation of its October double-header round at The Bend announced in recent days.

However, the category is understood to be looking at holding a double-header round at another circuit before the season finale, the inaugural TCR 400, is held as part of the six-day Bathurst 1000 event from November 30.