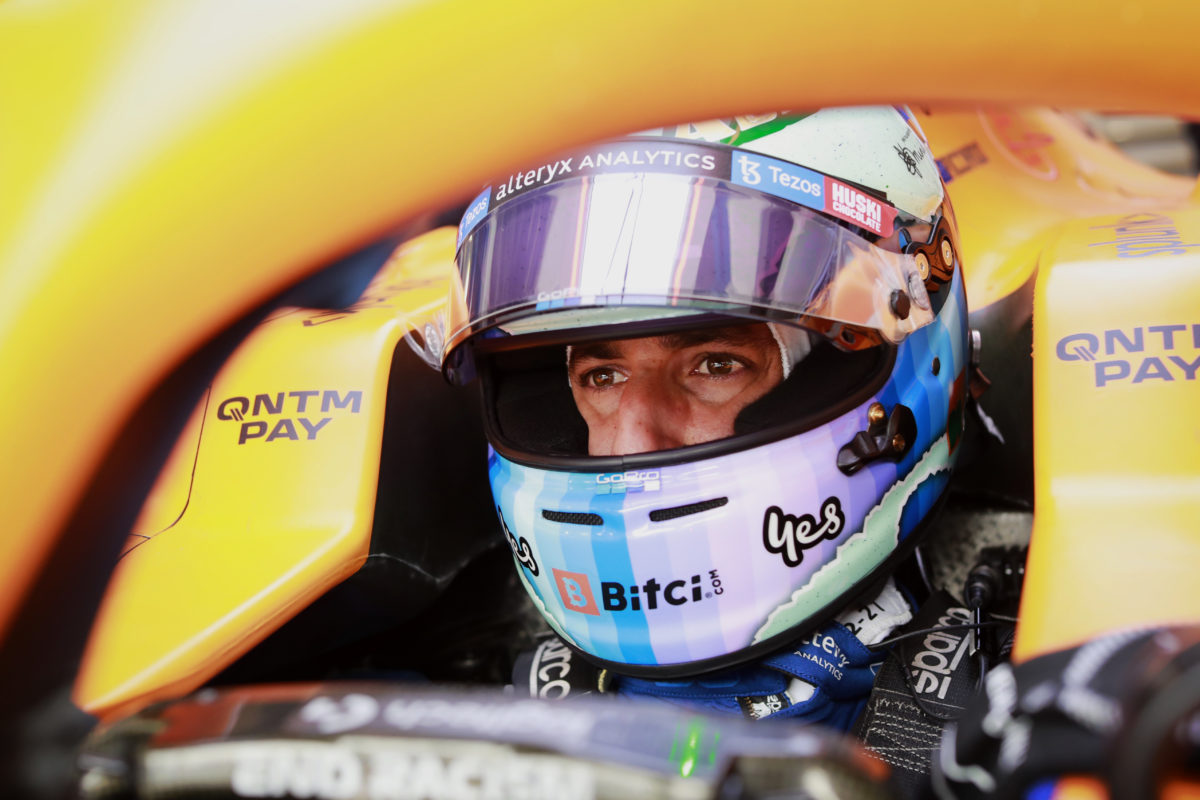 Victory in last weekend’s Formula 1 Italian Grand Prix was, in a way, a form of redemption for Daniel Ricciardo.

Under pressure throughout the first half the season, the media and fans had begun to turn on the then seven-time grand prix winner.

That manifested itself in what he told Speedcafe.com has been the toughest year of his career, a challenge he now admits is made more difficult by the simple fact that his usual support network can’t be with him.

Locked into the F1 circus, the 32-year-old hasn’t been home in over a year. Video calls are the closest he’s able to get to his parents.

“Of course, I do miss just having Mum and Dad to be there,” he told Speedcafe.com.

“I’m sure most of us are, whether we admit it or not, but I’m a mama’s boy and sometimes you just need a cuddle from Mum.

“That stuff has been hard this year.”

The Australian refuses to use that as an excuse, reaffirming his belief that Formula 1 is and should be difficult.

A long-distance relationship with his family doesn’t change that fact, and while it may add another layer or two to his plight, it’s not the cause nor solution to his tribulations.

“I think I was prepared for it and I anticipated it, so it hasn’t come as a shock to me but definitely I’m hanging out to just see family and just to get them to a race as well and just have them to kind of lean on,” he explained.

“Even if it’s just to go out for dinner after a long day at the track, it just breaks the ice a little bit.

“It’s those little things which go a long way.

“I think that makes it a little harder right now but I would like to think I’m strong enough not to use that as an excuse.

“I wouldn’t excuse that for a lack of performance or anything, it just kind of makes the challenge slightly more challenging.”

Ricciardo does have a small group around whom he is surrounded, a posse which begun as business relationships but have since transcended into friends.

Key among them are Michael Italiano and Blake Friend, his coach and business manager respectively, who travel the world and keep him sane.

In Monza, Blake called Ricciardo’s parents prior to the podium, passing the phone to McLaren boss Zak Brown in the chaotic celebration in the minutes after he crossed the line.

“That’s really good because they obviously have my back,” the eight-time grand prix winner said.

“They’re certainly not yes men, but they do obviously support me and hear me out, and we’re pretty honest and open.

They’ve been there to help weather the storm, which has seen Ricciardo face questions about whether he’ll be retained by McLaren next year.

On a three-year contract, his position was never under threat, but it didn’t stop corners of the media turning up the heat.

“It’s kind of part of the deal, isn’t it?” he said of dealing with an aggressive media.

“But you kind of want to remind people that it wasn’t that long ago that I was getting obviously the Renault at the time on the podium and all of that.

“Last year could have even been like my best year in F1, if not very close.

“We’re only talking, what is it, eight months ago or something.

“What you want to try to explain to people or just tell people is, it’s not like I forgot how to drive in the space of a few months.

“Yeah, obviously, I have wanted to do better than I’ve been doing but I think it also shows that the sport is tough, and it’s Formula 1, and that’s like how any elite sport should be.

“I’m not mad about people that have like, let’s say wrote me off or anything like that, it is what it is,” he added.

“In a way, I also take that stuff as a compliment.

“It’s like, people do expect me to be at the front, and whether they expect me or want me to be, I guess they’re two kind of cool things.”

Seidl has been credited with much of McLaren’s turnaround.

The German engineer has previously headed Porsche’s success in the World Endurance Championship and understands motorsport at a fundamental level.

His relationship with Ricciardo is therefore different, perhaps more mature than the almost father-son interactions the Aussie had with Marko.

“I’m not sure if many compare to Helmut,” he laughed.

“Helmut knew me from when I was 18, and that was really from a young adult to a grown man. He really saw me change.

“From the start, he was used to give me a hard time, so it was also quite normal.

“With Andreas, I think he’s very good at what he does, and keeping a good spirit in the team,” he added.

That doesn’t meant the difficult conversations aren’t had, and Ricciardo revealed he sat down the Seidl following the Hungarian Grand Prix to reflect on the opening half of the season.

It was below expectations, a point that cannot be shied away from, but following that conversation and the summer break which followed, Ricciardo was transformed.

“I won’t go into detail because it was obviously a private chat, but we did speak after Budapest,” he explained.

“We tried to have a recap amongst ourselves of obviously the first six months and where I’m at, and where I think I can keep improving, and if I need something from the team, and I just kind of this stuff – evaluating everything.

“Obviously we both agree that I want to do better, and I expect to do better, so it was just a little bit of a self-check, just to make sure that we’re not missing anything.

“So he does check in and keep up very often,” he said of Seidl’s management style.

“Of course it helps when everyone’s getting good results in the team, but I do believe that he wants the best for me and he wants to see me up there and he’s just trying to make sure he’s doing his job as well.”

Ricciardo rewarded that faith, and that patience with victory in Monza, simultaneously silencing his critics.

Over the radio soon after he sent a message, reiterating what he’d said the day prior.

“I’ll confirm that tomorrow,” he said when asked by Speedcafe.com if second in Sprint Qualifying marked a return of the Daniel Ricciardo of old.

“But if so, I never really left. I just moved aside for a while.”