Rahal thriving on taking the fight to IndyCar powerhouses

Rahal thriving on taking the fight to IndyCar powerhouses 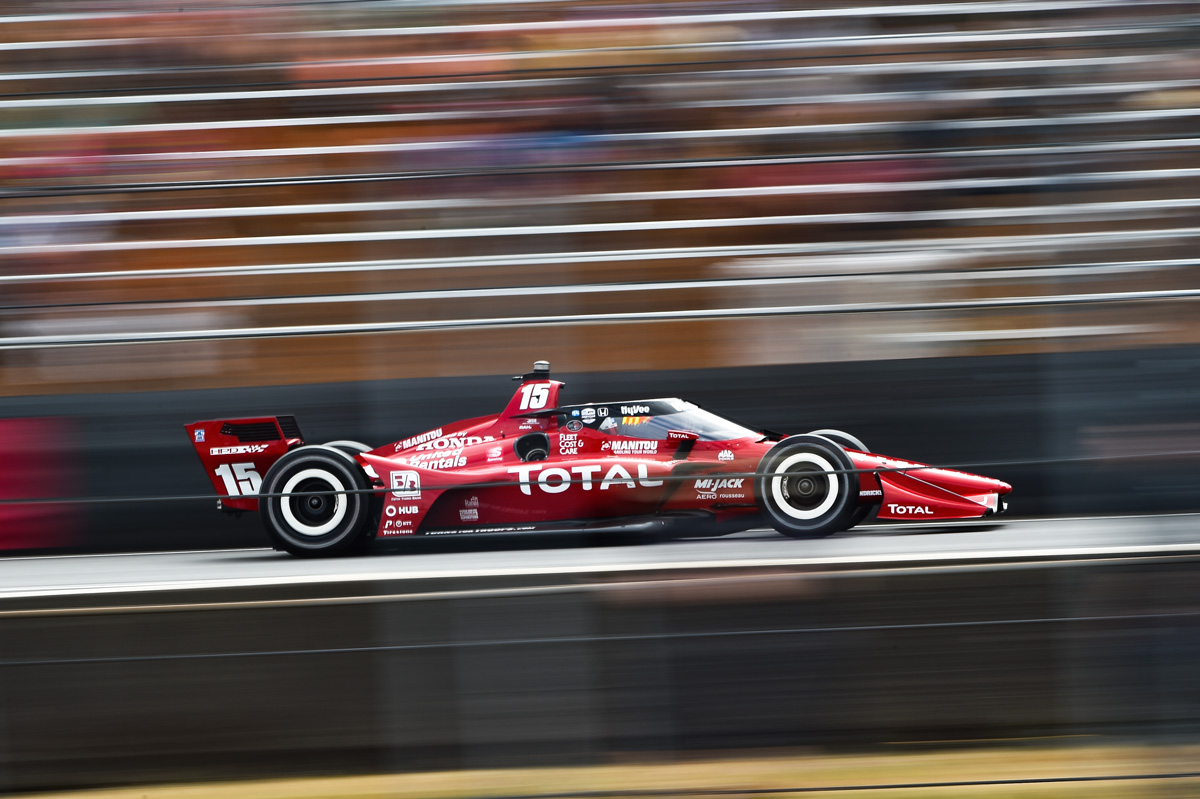 Drivers competing for a team owned by their father often find themselves in the firing line, perceived as having been gifted a place in the cut-throat world of motorsport.

Lance Stroll and somewhat Nikita Mazepin come to mind in Formula 1; back in Australia, Macauley Jones arguably cops extra heat on the basis of representing his father’s Brad Jones Racing squad in the Repco Supercars Championship.

Graham Rahal wasted little time putting any such criticism to bed, albeit starting his career at Newman/Haas/Lanigan Racing, and has never looked back.

That sensational success came as a 19-year-old on debut at the 2008 Grand Prix of St. Petersburg.

The Ohio native soon spent a couple of years at heavyweight squad Chip Ganassi Racing before linking up with the family Rahal Letterman Lanigan Racing outfit for season 2012.

He’s featured on the podium in every season since, chalking up another five race wins along the way, and is on pace for a seventh successive end-of-year top 10 ranking.

All along, RLLR has proudly been taking the fight to powerhouse outfits CGR, Team Penske and Andretti Autosport.

“We certainly have been able to compete with them,” Rahal told Speedcafe.com.

“We haven’t been able to get the wins that they have, having said that I think there’s certainly some room to grow and get better, to be able to take the fight to them all the time.

“But on average, yes, we have been very competitive and certainly have put them on watch a lot and I think that everybody knows that our team is on the up and up and that we’re continuously getting more competitive, so I think it has been good. “I mean definitely they have all the resources in the world to be able to go out there and compete and it’s not just resources but also personnel and the size of the company.

“We, being a two-car team versus some of them being a four or five-car team, certainly there’s a lot more personnel that comes with that.

“But I feel like our organisation has done a really, really good job.”

He expects the addition of a third full-time car next season to push them further along the path towards success.

Rahal has on multiple occasions in 2021 come close to snapping a four-year victory drought, having looked ultra-competitive at this year’s Indianapolis 500 before a loose wheel derailed his hopes.

Last weekend at Portland, he was tracking well to convert a season-best qualifying performance into victory until a shockingly timed caution period sent him spiralling down the order.

“It’s been a few years now since I’ve won, so it’s been tough but having good results in general keeps the positive momentum rolling and I think it’s a good thing,” he added.

“Our team I think is in pretty dire need of a win at this stage though.

“Our guys have put a lot into this, they continue to put so much effort and energy into the performance that for sure we need to get a win, they need to see that all their hard work is going towards something.

“And I know all of our guys are very positive thinkers, I know that they’re excited and they believe in the process and what we’re doing, but still I think we all know too that getting wins is really what it’s all about.” Forever fixated on his IndyCar dream, dovetailed with a bit of sportscar racing, some may remember Rahal made a cameo appearance Down Under in 2012, racing at Supercars’ Gold Coast event during the day of international co-drivers.

The now 32-year-old drove for Kelly Racing alongside Rick Kelly.

“I talk to Scotty McLaughlin about it all the time,” said Rahal.

“I had such a blast. The V8s are just tremendous cars and such animals to drive. I had a great time with Rick Kelly and everybody within their team and their organisation, awesome people.”

On the topic of McLaughlin, Rahal sees a bright IndyCar future for the Team Penske rookie.

“It takes time, these things are not easy. The racing style is very different than V8s for instance but he’ll get it,” he assessed.

“Scotty is one of the best out there, a young guy, and he’ll be just fine here.”

For Rahal, with his team growing and series stalwarts Scott Dixon, Will Power and so on edging towards retirement, there could be plenty more success to come in the next decade or so.

The 2021 IndyCar Series continues this weekend at Laguna Seca, with opening practice starting 07:30 this morning (AEST).