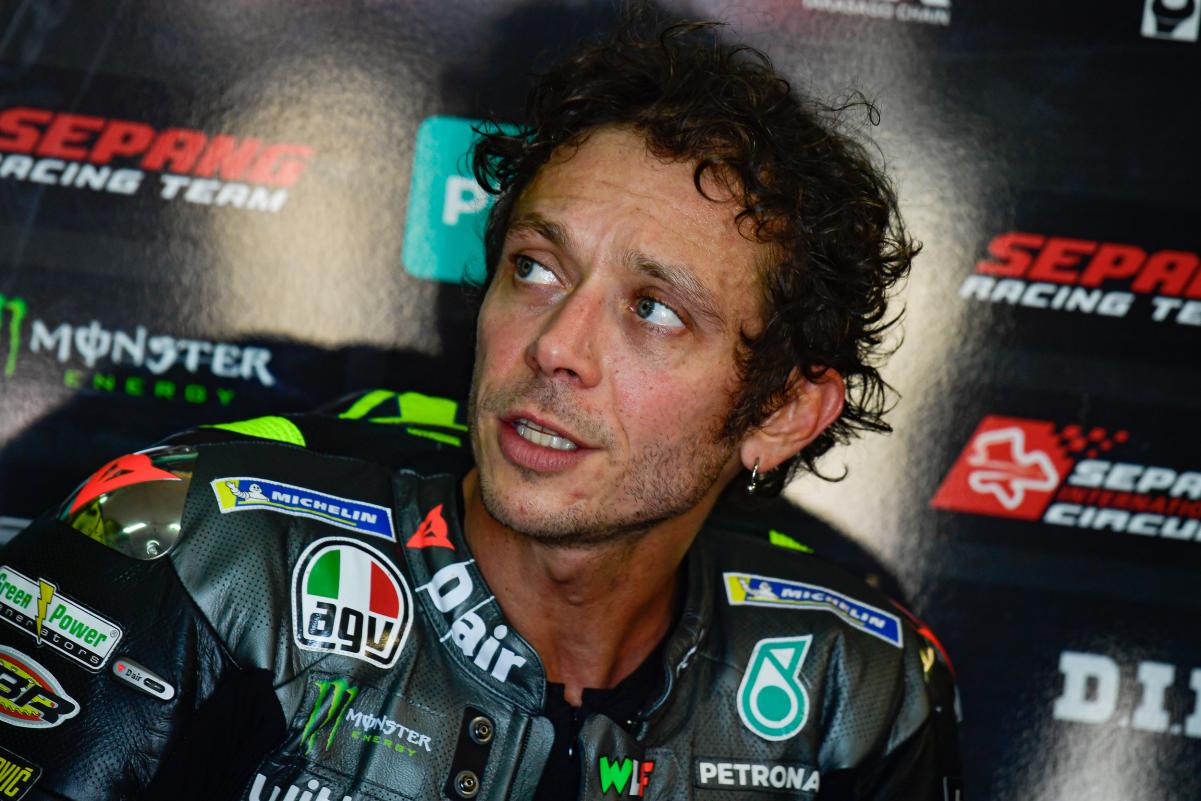 Valentino Rossi admits that the frequent questions put to him over his VR46 MotoGP team and its mysterious Saudi links are becoming a “distraction” from his riding.

VR46’s rise to the premier class in 2022 has become a saga due to ongoing uncertainty over what, if any, backing it has from Prince Abdulaziz bin Abdullah Al Saud and/or companies under His Royal Highness’ control.

Doubts began to emerge as soon as Tanal Entertainment Sport & Media, the Prince’s holding company, announced in April that ‘Aramco Racing Team VR46’ would compete in MotoGP in 2022.

Aramco, notwithstanding that it is state-controlled oil company of which the Prince is an owner, quickly moved to deny knowledge of the deal.

Since then, Tanal has missed at least three VR46-related media appointments which it has scheduled; in early August, on August 25, and again on August 31.

When Speedcafe.com made an enquiry ahead of the latter, a media officer from Tanal advised that morning (local time) that “we are still waiting for further information about this conference”.

A report from Italy early last month also claimed that Rossi was in talks to sell the team to the Prince, something which he denied.

Thus far, even VR46’s MotoGP rider line-up has not formally been confirmed, although Luca Marini and Marco Bezzecchi have been spoken of by Rossi and/or the team as recently as this weekend.

Rossi was asked at this weekend’s San Marino Grand Prix about when riders and a naming rights sponsor would be officially announced, to which he responded, “I think that we will do the team next year, yes, but I don’t know when it will be official.”

The seven-time premier class champion, who retires at season’s end, did say that the regular questions are a distraction from his riding, and reiterated that VR46 management is better placed to answer them.

“For me, the biggest distraction is to answer all your questions about the team,” he declared, apparently only partially joking.

“This for me is difficult because I lose a lot of time and I try to concentrate on me as a rider, but I have to answer a lot of questions about my team for next year.

“But, sincerely I don’t know very well. I try to give my support, but I’m very concentrated on the rest.

“I’m not the guy to speak, to understand the last update on my team next year just because I don’t follow it directly because I have to concentrate on riding.

“I already said 20 times, but you continue to make the same question.

“I always try to say to you what I know but, like I say, I don’t have the last news.”

What has been confirmed is that VR46 will field Ducatis in MotoGP next year.

However, Rossi’s links with Yamaha, with which he has own four premier class titles and is currently contracted as a rider, remain strong.

They could extend to a tie-up in the Moto2 world championship given the Iwata manufacturer is looking to create a pathway all the way to MotoGP, like that which has delivered KTM a succession of fresh talent.

Already, VR46 runs a team in the CEV Moto2 European Championship in partnership with Yamaha, the ‘VR46 Master Camp Team’.

“The situation in Moto2 is not very clear yet for next year,” said Rossi.

“The situation is it’s two or three years that already with Yamaha [VR46 fields a team] in the CEV Championship, and we have a good organisation to help the young Yamaha riders, that mainly are from Asia, to improve.

“So, we speak because already we are together from two or three years.

Rossi was 19th-fastest in Friday practice for the San Marino Grand Prix at Misano.

The Italian currently rides for the Sepang Racing Team, which will morph into ‘RNF MotoGP Racing’ next year.