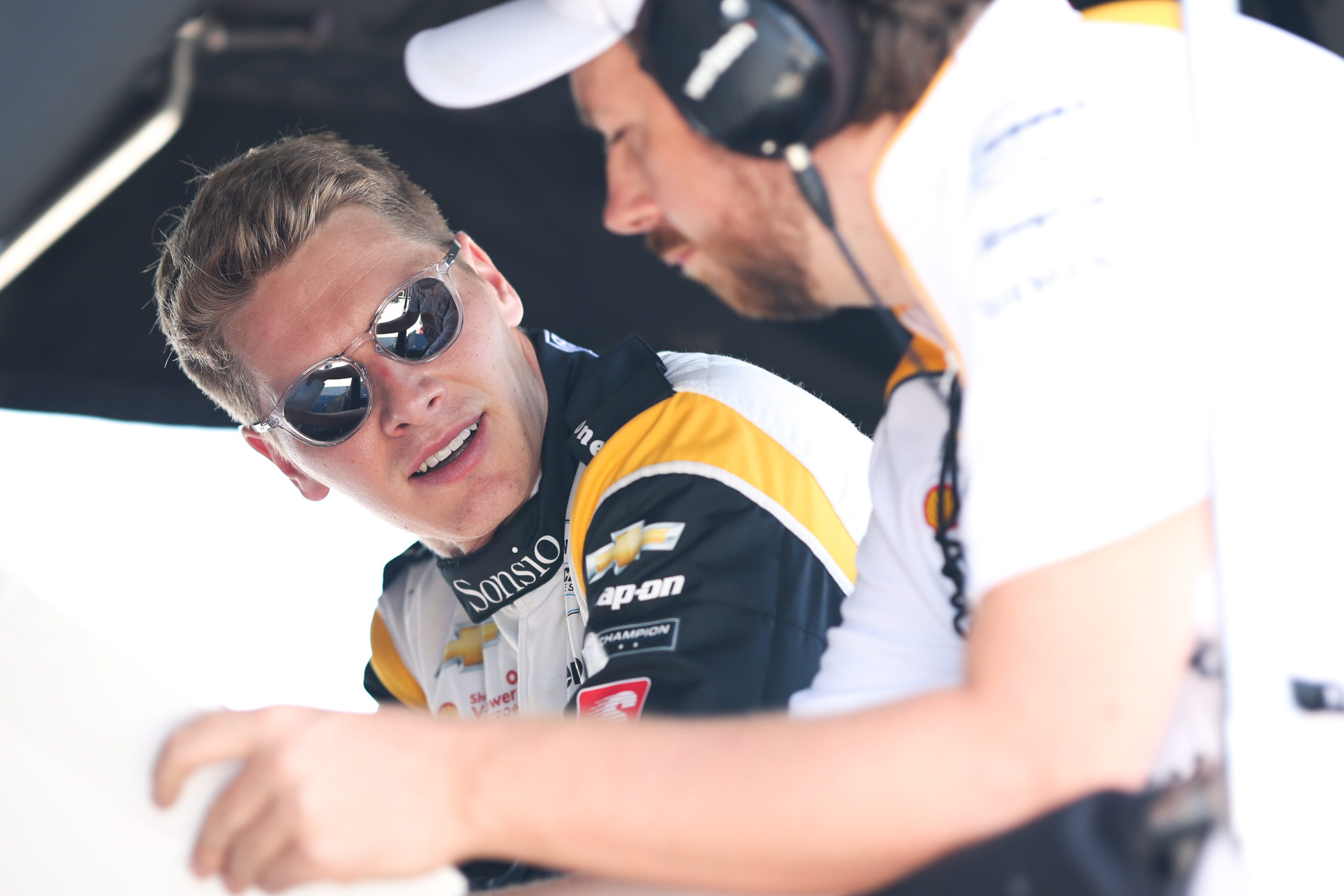 Team Penske’s Josef Newgarden has made a strong start to the Grand Prix of Monterey, topping Practice 1 at Laguna Seca.

The two-time IndyCar Series winner set the pace in Friday’s sole session, clocking a 1:11.7125s early on in proceedings.

“I felt like that matched this morning. Small differences here or there, but for the most part globally it felt like the car was in the window. Just got to look after it.

“Obviously things can change quickly. In Portland we were pretty sorted out in practice one, we choked in qualifying and were pretty far off the pace.

“That’s the number one thing for us in the #2 car, have a consistent run all the way through. If we can do that, we’ll be in the fight.”

There was little to split Newgarden and his nearest rival Colton Herta of Andretti Autosport who was a mere 0.0802s adrift of the top time with a 1:11.7927s.

Series leader Alex Palou was third fastest for Chip Ganassi Racing on a 1:11.9750s, ending the session two tenths off the pace.

Having earlier in the day been involved in a crash with Dale Coyne Racing team-mate Romain Grosjean, Ed Jones didn’t let the incident spook him as he set the fourth fastest time.

This weekend marks the first time that Pato O’Ward has raced in the IndyCar Series at Laguna Seca. He was 14th fastest for McLaren SP and seven tenths off the pace.

The 45-minute session wasn’t without a small dose of drama. Meyer Shank Racing’s Helio Castroneves stuck his car in the Turn 1 gravel with 18 minutes to go, duly bringing out the red flag.

McLaughlin would have a drama of his own at the death, spinning his car at the famed Corkscrew with just a few seconds remaining in the session.