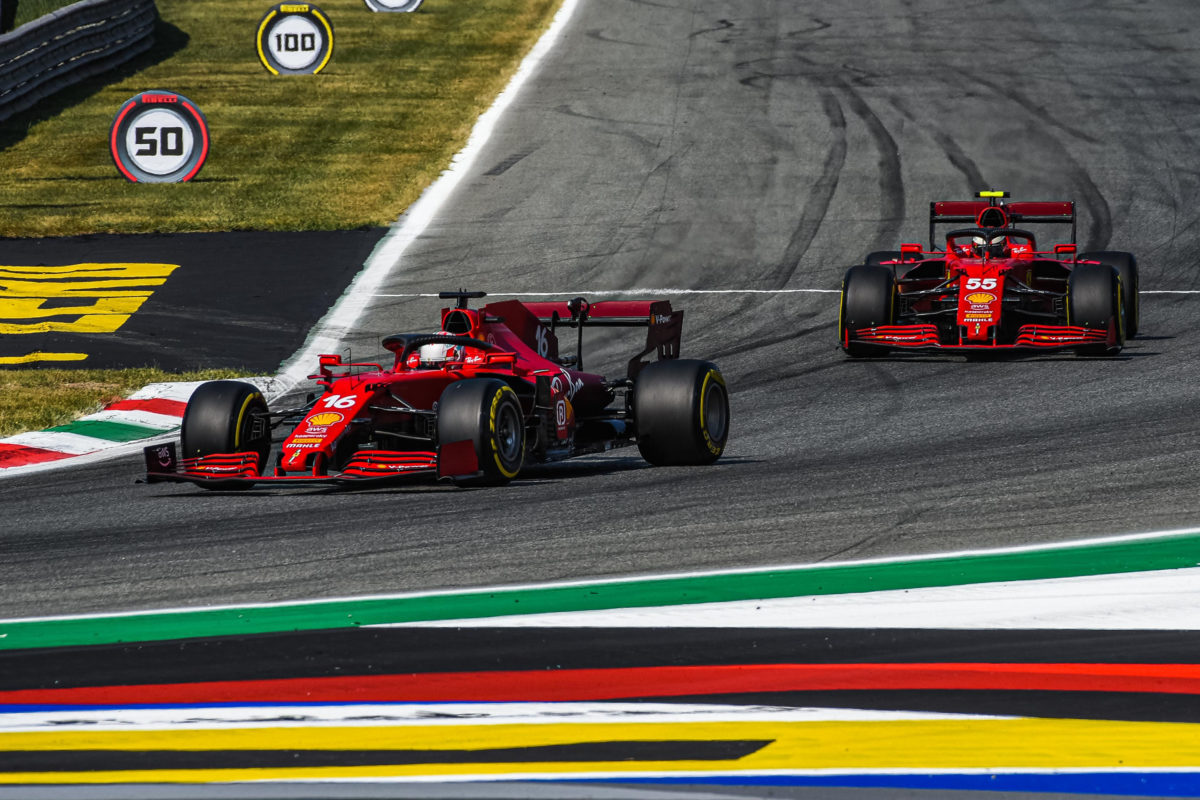 Charles Leclerc hopes the introduction of new regulations into Formula 1 allows Ferrari to again challenge for the world championship.

Rule changes for 2022 effectively give teams a clean sheet in terms of aerodynamic design, with many having already switched focus to next year’s effort.

That includes Ferrari, which is also working on an upgrade for its power unit to be introduced later this season.

There have been suggestions that work, surrounding the hybrid system, could be worth as much as 15bhp over the current spec unit.

“It is definitely a good opportunity for us as it is I think for everyone on the grid,” Leclerc noted.

“We’re all starting back from zero.”

After a dismal 2020 campaign, Ferrari’s worst in 40 years, the squad has bounced back strongly this season.

It is locked in battle for third with McLaren in the constructors’ championship, and between Leclerc and Carlos Sainz has logged three podium finishes.

Leclerc was somewhat unlucky at the British Grand Prix not to win after he was chased down in the closing stages by Lewis Hamilton.

That followed his pole position performance in Monaco, only for a driveshaft problem on the way to the grid which prevented him from starting the race.

Ferrari’s performances have, however, been somewhat inconsistent.

Strong in Monaco, the French Grand Prix was a disaster, with neither Leclerc nor Sainz scoring points.

The team had expected to struggle in Silverstone too, only for Leclerc to lead much of the race and finish second.

Ironing out those inconsistencies will be key to any sustained championship challenge next year.

“But it is definitely an opportunity and I hope all will take it in the right way and we will be able to fight for the title next year.”